“The Grove has everything I need," former Miami Heat player James Posey told iCoconutGrove on Monday as he lunched at Greenstreet Cafe. "There is such a good vibe you get while being here.”

But Posey -- unless he's simply downgrading -- looks poised to leave Coconut Grove altogether. The Ohio-born former small forward has listed his tri-level Mediterranean villa in The Cloisters for $2.195 million, according to Realtor.com, saying goodbye for now to his view of Peacock Park and Biscayne Bay.

We'd suggest it's tough living in the shadow of the current world champs, but Posey not only earned an NBA title with the Heat in 2006, he did it again in 2008 with the Celtics. He also earned roster spots with the Nuggets, Rockets, Grizzlies, Hornets, and Pacers, so maybe the Grove can't expect to pin this Posey down.

But fortunately for the future resident, his place is huge: 5,090 square feet of marble and carpet, 3 bedrooms, 3 baths, vaulted ceilings, and all the amenities -- even a private elevator. Records show Posey bought his Cloisters unit for $2,170,000 in in 2005, which means those famous good vibes extend even to his asking price. 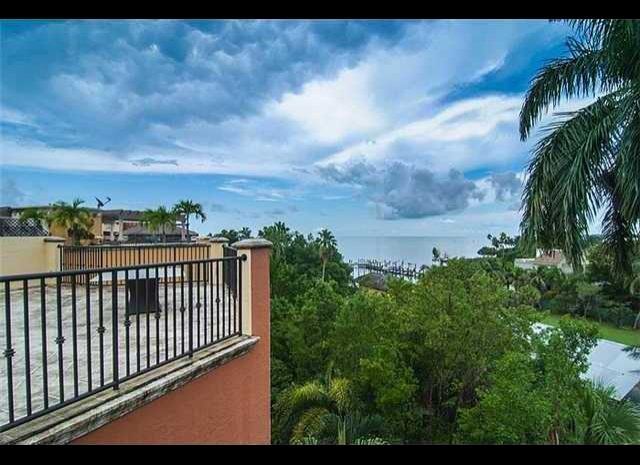