A tattooed Indiana man celebrated Friday the 13th by dressing up as a woman and flashing his genitals.

James Reid Sills was arrested at an intersection near his home Sept. 13. Indianapolis Metropolitan Police said he showed his genitals to passing cars and people. The 42-year-old man is faces a preliminary charge of public indecency, according to WISH-TV.

A search of Marion County Sheriff's Office records show that Sills is a registered sex offender. Sills, who also goes by "Jessica," was convicted on child molestation charges in 1999 and served three-and-a-half years of a seven-year prison sentence.

Sills has several tattoos, including devil horn outlines on his forehead, and a "rose with vines" on his lower back, according to records. 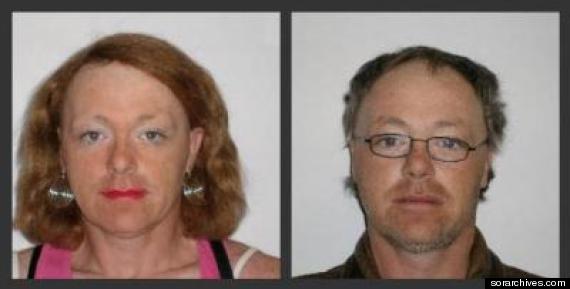