Virginia Commonwealth University researchers have found high levels of a potentially liver-damaging toxin in blue crabs in the James River.

The high toxin levels turned up in August 2012 during the first year of a three-year, $3 million study of harmful algae in the tidal James, said Paul Bukaveckas, a VCU river ecologist involved in the study.

The toxin, called microcystin, is produced by a harmful type of blue-green algae. Bukaveckas, who leads the freshwater portion of the study, disclosed the findings in recent interviews with the Richmond Times-Dispatch.

State officials say the public is not in danger.

"We do not have any reason to believe that current microcystin levels in the James River present a health threat," said Rebecca LePrell, the Virginia Department of Health's director of environmental epidemiology.

She added: "It is a noteworthy finding, and we would be interested in having more samples collected to further assess any potential risk." The study is continuing.

Bukaveckas acknowledged that his expertise lies in river health and not human health.

"The only thing I can say is that in crab muscle tissue in certain times of the year, the toxins build up to levels that the World Health Organization considers unsafe for consumption."

"Consumers can be utterly confident that the product they are purchasing is of the highest quality," said John Bull, a spokesman for the Virginia Marine Resources Commission, which manages fish in Virginia's tidal waters.

Harmful algae, and the toxins they produce, are a growing concern worldwide. A toxin is a poison produced by living things.

The microcystin toxin is widespread in the tidal, freshwater James, a roughly 62-mile stretch from the Chickahominy River to the falls at Richmond. Concentrations peak in water and in crabs in mid- to late summer, when the algae that create the toxin flourish.

Bukaveckas has found the toxin in crabs again this summer, but not at high concentrations. "We have only run samples through July, so we are just now getting into the period where we would expect to see the highest toxin levels."

Few if any states have health-based limits for the microcystin toxin in crabmeat, experts say. There are no federal limits, either.

But Bukaveckas said the average toxin concentration found in crabs last August was 50 percent higher than the safety level in guidelines from the World Health Organization, or WHO, an arm of the United Nations.

LePrell, of the health department, said the WHO guidelines are based on liver studies on mice.

"At this time, no human studies have demonstrated that people can become ill from ingesting shellfish tissue containing microcystin," she said. "I am a proponent of further research" on the issue.

She added that "microcystin does not remain in edible fish and shellfish tissue for more than a few weeks."

Greg Garman, a VCU fish ecologist involved in the study, said there is little or no commercial harvesting of crabs in the freshwater study area.

The key questions, Garman said, are whether the toxin also becomes high in crabs in the salty James downriver, where there is considerable harvesting, and whether the toxin is high for more than a few weeks a year.

"It's too soon at this time to make any definitive statement about the potential for microcystin to have a negative effect on the blue crab fishery," Garman said.

The tidal James has one of the worst algae problems in the Chesapeake Bay region. The $3 million study, funded by the state, aims to better understand why the James is such an algae factory, and to get ideas on how to solve the problem.

The microcystin toxin, which at high levels can cause liver damage, has been linked to the deaths of wildlife. Scientists said in 2010, for example, that the toxin killed more than a dozen sea otters in California's Monterey Bay.

Bukaveckas said he wasn't aware of any people being killed by microcystin in the environment. "'It's one of those things where, like a lot of chemicals in the environment, we really have very little understanding of how they affect us."

The VCU research found an average toxin concentration of 37 parts per billion in the meat of crabs caught last August -- 150 percent of the amount of toxin that poses a risk under the World Health Organization guidelines, according to Bukaveckas.

Under those guidelines, a 132-pound person would need to eat about two-thirds of a pound of tainted crab in a day to be at risk, Bukaveckas said.

"That's a heck of a lot of crabmeat," said VCU's Garman. "Anyone who has eaten blue crab knows you work very hard to get little tiny morsels of meat."

The toxin collects in higher concentrations in the crabs' viscera, or organs. That means someone who eats those other parts of the crab is more at risk, Bukaveckas said.

The VCU research found the toxin in most crabmeat samples last summer, but the concentrations exceeded the World Health Organization guidelines only in August.

The toxin is widespread in the tidal, freshwater James in summer.

"We've been looking for the toxin in water and sediments as well as the things that live in the river, and we are basically finding it everywhere," Bukaveckas said.

The VCU researchers found the toxin at low levels in fish such as blue catfish and menhaden. It's unclear why toxin levels rose higher in crabs.

All crabs tested last year were caught near VCU's Rice Center, a research site on the James in Charles City County about 20 miles southeast of Richmond.

The toxin was in the meat of 26 of 36 crabs caught last year. It was in the organs of all the crabs. The toxin's concentration in meat exceeded the WHO guidelines in three crabs caught in August.

To see if crabs are tainted in saltier water, the study this summer is also checking crabs in the brackish James near Jamestown. It has found crabs there containing the toxin, but not yet at high levels.

Kimberly Reece, a Virginia Institute of Marine Science professor, said the toxin should not be an issue in the lower, salty James where crabbing is heavy because the toxin-making algae don't live and reproduce there.

Toxins produced in the freshwater James can drift down to the salty area, but the toxins should become much less concentrated, Reece said. "We expect a dilution factor to be playing a role here."

The tainted-crab findings represent "something to watch down the road" but don't indicate a major problem now, Reece said.

Beyond any issues it raises in crabs, the toxin in the James does not appear to be a risk to people, officials say. It can hurt river creatures, however.

For example, freshwater mollusks called wedge clams filter algae and other impurities from water while feeding, much as oysters help cleanse the salty bay.

But the study has found the clams filter less water, providing less cleaning action, when the toxin is present.

It's unclear if the toxin is hurting crabs. 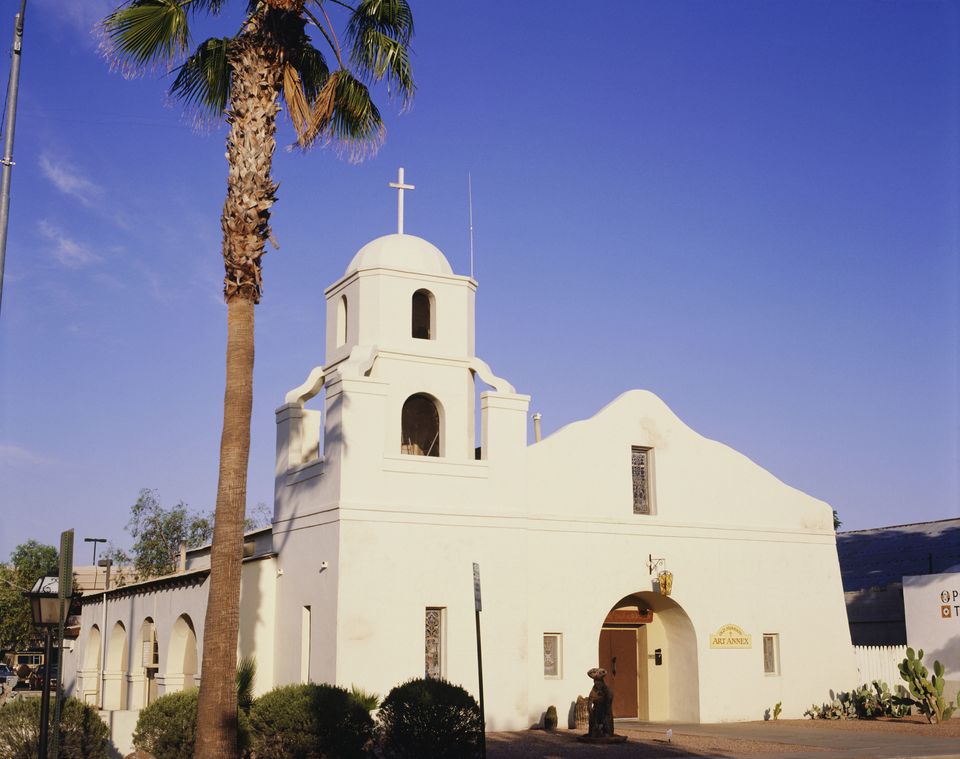 1 / 5
Scottsdale, Arizona
The Arizona city landed the top spot in VacationHomeRental.com's list of best places to rent an affordable vacation home. The site mentions Scottsdale's "relaxing spas and breath-taking views of the desert" as major draws, but the cost doesn't hurt either: The average weekly rate for a vacation home is $1,379.26, according to <a href="http://www.vacationhomerentals.com" target="_blank">Vacation Home Rentals.</a>
Alamy