This week James Rosenquist was awarded the Isabella and Theodor Dalenson Lifetime Achievement Award, honoring an artist who went from painting billboards in Times Square to racking up 15 retrospectives around the world. Rosenquist, who later codified Pop Art by defining its terms as commercial, himself favored visceral, swelling nationalistic imagery, with a heavy dose of mash-up surrealism. His paintings communicate clearly and ecstatically without pretension, whether the message be political, a metaphysical question or a catchy turn of phrase that deserves to be relished in the mouth.

There is a patriotic mythos surrounding the North Dakota-born painter, who rose to fame for the simple reason that he could paint. Growing up in the Great Depression without electricity or phone, he would come to incorporate the flat landscapes and reliance upon imagination that shaped his childhood. Rosenquist's massive flatscapes present new ways of viewing the world, whether the subject is the Vietnam War or the texture of spaghetti. His voice, booming, scratchy and gently cocky, sounds apt for a movie star in the John Wayne mold. He recently spoke (loudly!) with the Huffington Post, and started most of his sentences with "Darling..."

HP: If you could give any advice to yourself back in the billboard painting days, what would it be?

JR: I should always try to keep my ears open to learn from the old timers and I did as much as possible. To the old painters in the company, the old people who painted for years and years.

HP: You are often identified as a Pop Artist. Do you think an emerging artist needs the force of a group or movement larger than himself to make a dent in the art narrative?

JR: Many young artists they look at the art world and think they can make a lot of money. Groups of people who are energetic want to be identified by critics and dealers and they put a name on them like Pop Art. The previous generation was abstract expressionism. These people were all very, very different: De Kooning, Kline… they were all very different. And so were we. The only thing the Pop Artists had in common is that we all had been commercial artists in some manner. Lichtenstein was a draftsman, I was a billboard painter, but we didn't work together. I didn't meet Andy Warhol until 1964.

HP: Did you ever receive a negative review that really stuck with you?

JR: No! I never pay attention to that junk. There was one reviewer from the New York Times, I forget his name, who said I was "death warmed over." I wrote him back that I knew more about death than he did. The Times fired him put him in the cooking department!

HP: How did you come up with the title for your current exhibition "Multiverse You Are I Am."

JR: I've been talking to some scientist friends and they have claimed that in all directions from our universe there are many universes outside of our own. Attached to our universes are thousands of planets. They speculate that 200 planets out there that are identical to the earth. Itis too bad we can't visit them because we can't go faster than the speed of light. They said now we can't get out of our own galaxy.

I began thinking of looking at the sky at night. You have a brain and I have a brain, you are, I am. We still can challenge that infinite thing out there. It's just like when early explorers went out there. Now they are studying new means of travel in ways that I don't understand at all… Thinking outside ourselves, thinking outside the box... So far we can't visit them. We're small as can be and yet we still have brains.

HP: Do you keep up with the contemporary art movements and trends?

JR: I don't see very much around that is interesting. I saw a work a year or two ago at the Saatchi Collection in London. That is rare. Mostly they don't know how to paint. The one painting that fascinated me was was a picture of houses and a neighborhood floating off the surface of the earth, like there was no gravity. Scientists tell you gravity is a dust. This really was a well done painting of things just floating, floating off the earth.

When i first came to New York in 1955 the artists I met had long long careers and had been painting a long time. They were very, very skilled: De Kooning, Franz Kline, Pollock I didn't meet because I was in the wrong part of the country at the time. Now I see very little that is new, that is interesting. I keep my eyes open… but I am certainly not inspired at all.

Now I don't have a lot of ideas either. Things occur to me that totally baffle me. When so many of those things arrive, I have to do something abut it. I try to show problems before they come to the surface, like a psychiatrist. If a person is insane or troubled, you first have to get the person to admit that they have a problem before you can solve anything.

HP: How has activism played a role in your career? Do you think artists have any sort of political responsibility?

I went to protest the war during Vietnam. I have done maybe nine kind of political paintings. My work is not all political; some people say all my work is political. Not true.

HP: How do you feel about William Acquavella supporting Romney in the upcoming election?

JR: I didn't know that! I'll have to talk to him. I contributed to an art portfolio for Obama. I did an etching along with a number of artists. They sold them galore; they're supposed to make $4million. I think Romney is an idiot. Every two minutes he changes his story just to get elected. I really do have to talk to Acquavella about this.

See images from Rosenquist's "Multiverse You Are I Am" below:

Correction: An earlier edition of this article stated that Rosenquist served in Vietnam. This false and we regret the error. 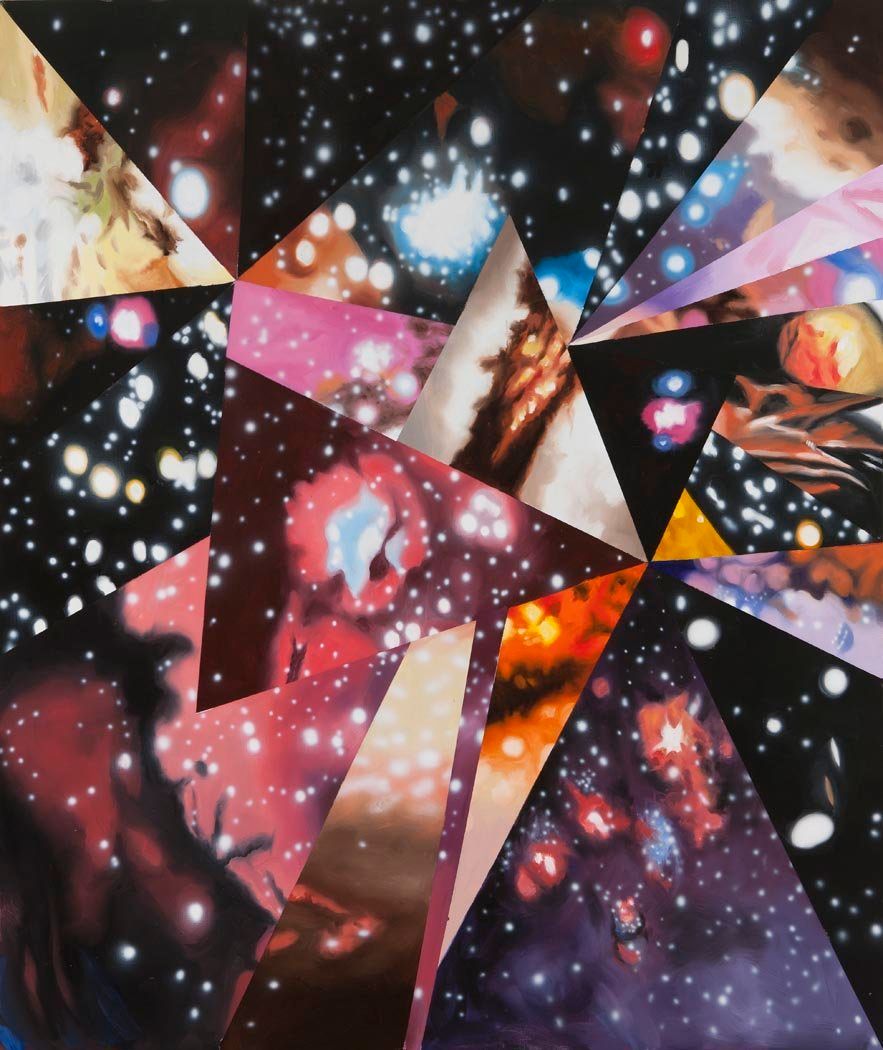