For nearly 50 years Turrell has been opening our eyes to light as a material -- a palpable object with color, weight and texture. In his light sculptures, the artist paints with his viewers' perceptions, giving us the rare opportunity to see seeing.

This upcoming exhibition marks his first solo museum show in New York since 1980. The installation will fill the Guggenheim's central atrium with natural and artificial light and a fluid intensity of colors, actualizing Turrell's adage, "you color the sky."

Turrell, who Edward Helmore once described as a "cosmic cowboy,," was born and raised in California, and studied psychology, aviation and astronomy in his formative years. The artist's academic interests were complimented by his Quaker upbringing; in a 1999 interview with Richard Whittaker, Turrell recalled the impact of his grandmother's advice to "go inside and greet the light" during meeting for worship.

Later in the interview with Whittaker, Turrell explains his artistic mission:

"James Turrell" will show at the Guggenheim from June 21–September 25, 2013. If you're outside New York, we recommend this handy worldwide Google Map of his installations.

Do you see the light? Check out the slideshow below and let us know if you are basking in the summer of Turrell in the comments. 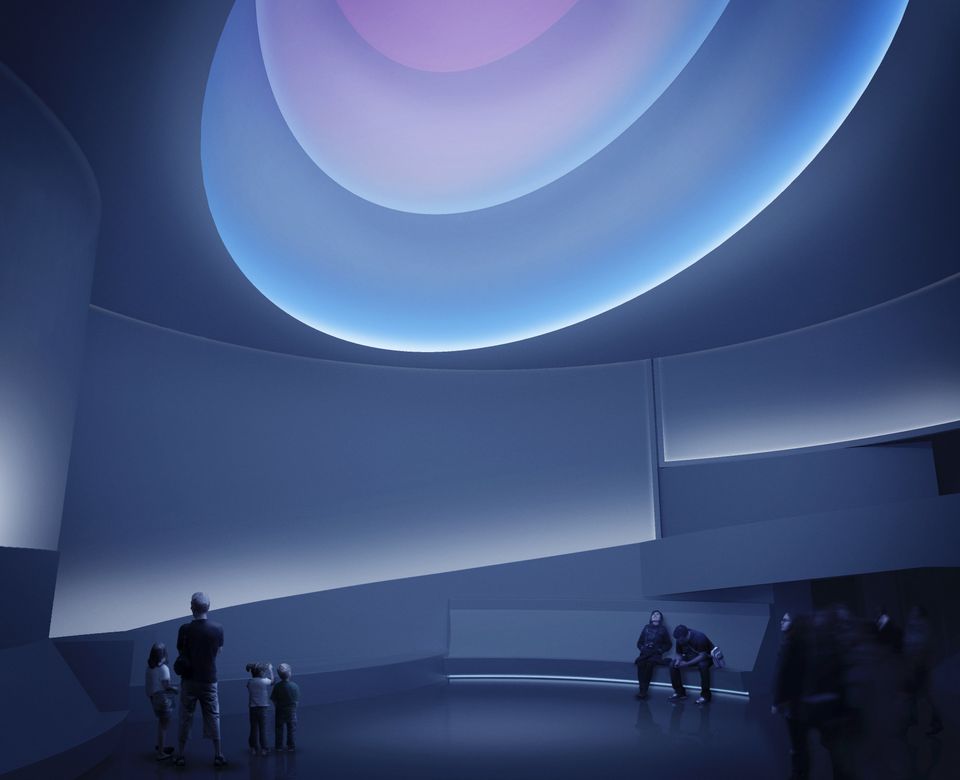