"Those guys weren't thinking about 'Don't ask/don't tell'," says actor Jamey Sheridan, who plays the film's title character. "No one was asking about anything. In the world they lived in, they'd have gotten their head punched in. That's really what they were concerned about."

Opening April 16, Handsome Harry deals with a group of Navy buddies who harbor a shameful secret from 1973 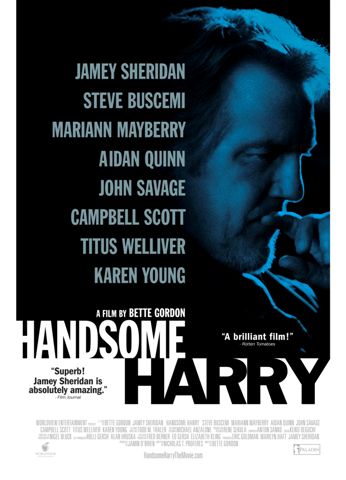 Thirty years later, Harry gets a phone call from one of the group, who is dying and filled with remorse. Fearful of retribution in the afterlife, the former shipmate makes Harry promise to fseek forgiveness. That sends Harry on a journey to track down the other shipmates, while coming to terms with his own role in the incident.

"It was a story that put its hooks into me," says Sheridan, 58. "The night I read it, two things grabbed me. One was that it had jazz as a source of a love affair and I've loved jazz since I was 17. And the other was the psychology was interesting because he's a person who commits a crime of which he's also the potential victim. It's this thing of wanting to be the victim and the perpetrator at the same time.

"I think of him as a guy in blackout. I had the good fortune to do 'Long Day's Journey into Night' with Jason Robards and we would talk about blackouts, where you sort of disappear for two weeks and don't know where you were until the alcohol wears off and you sober up a little. I would call Harry's condition an incomplete blackout.