A curvaceous, jet black, aardvark-like vixen puffs on a cigarette while perusing the contents of a refrigerator, which includes a fish spurting water, a slab of meat topped with birthday candles, a cyclops turkey sandwich... and possibly a corpse. Welcome to the world of Jamian Juliano-Villani -- an overstuffed, hyper-saturated flatland full of toxic leftovers, robust bosoms and exploitation of all shapes and sizes. 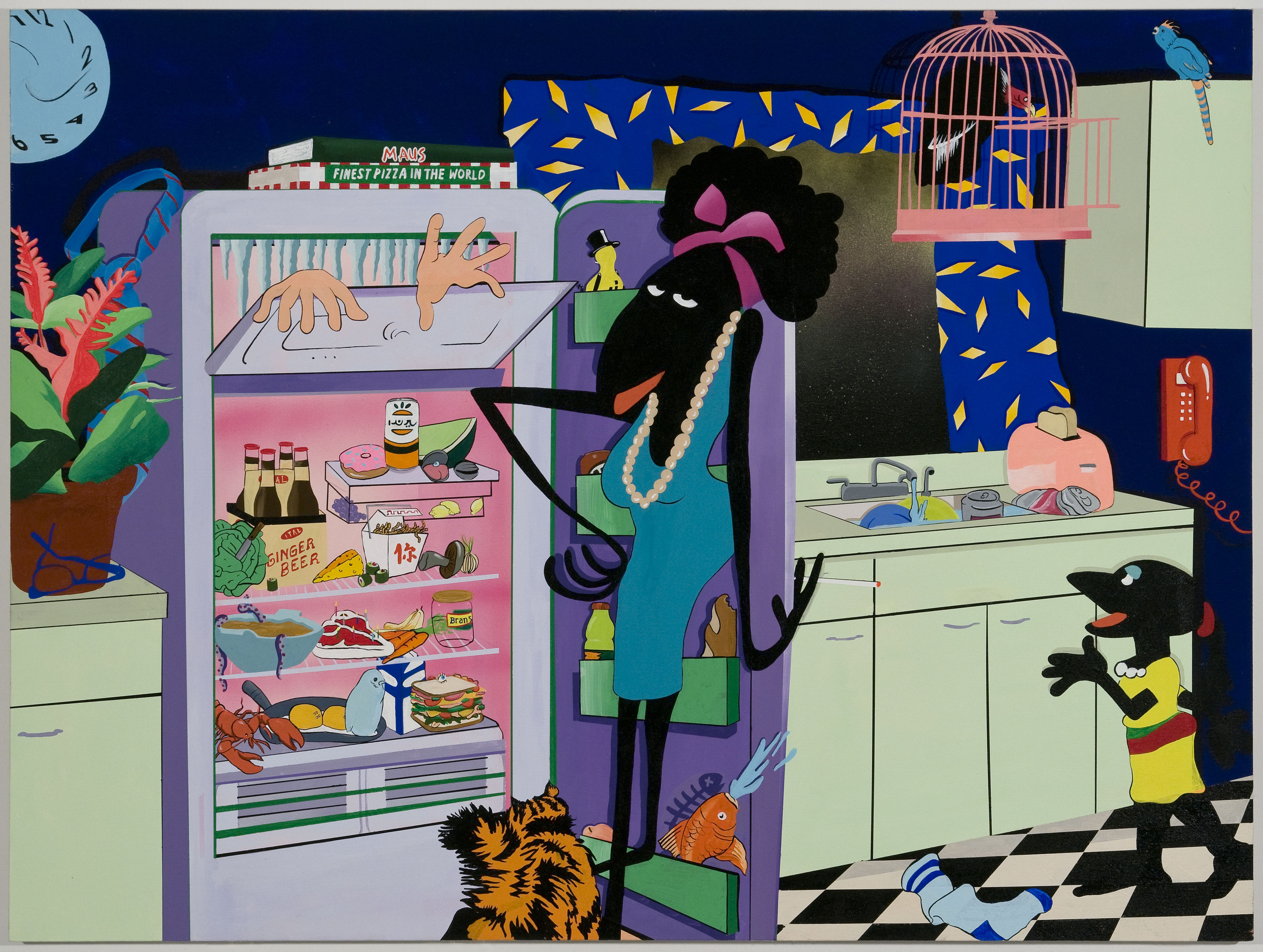 Juliano-Villani is a Brooklyn-based, 26-year-old force to be reckoned with. The ambitious young painter skipped graduate-level art studies in order to work in the studio of Erik Parker, an artist with a similarly electric palette. Parker's influence is visible in Juliano-Villani's canvases, mixed with a bit of James Rosenquist's pop sensibility and Robert Crumb's libido. The frenzied images give the feeling of flipping through the most gorgeous lineup of Saturday morning cartoons you've ever seen, with all of the visual stimulation and no hint of resolution.

We reached out to Juliano-Villani to learn more about her current exhibition, and in the process discussed the pitfalls of art school, the importance of sake and why she disdains feminism. 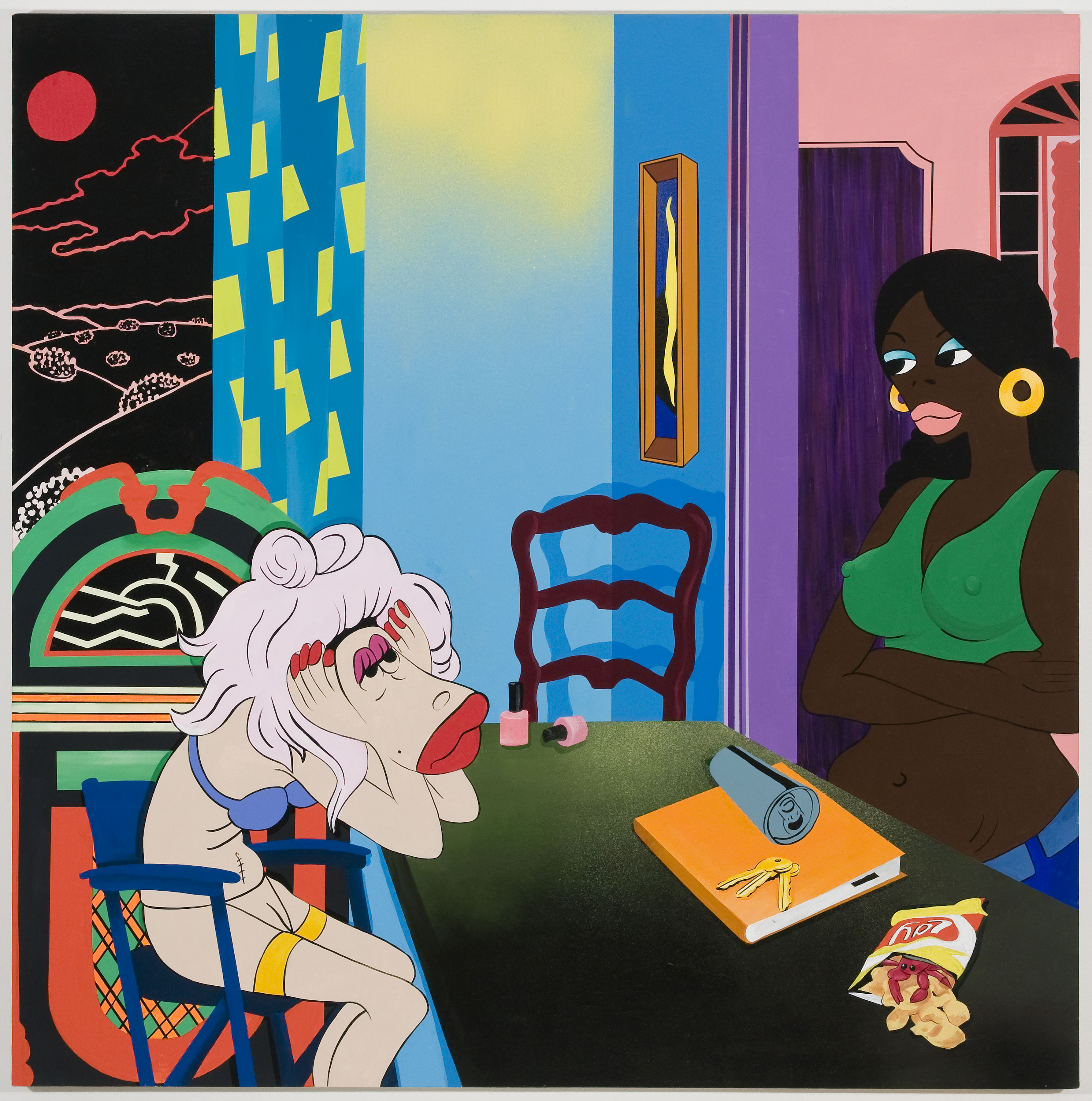 Cartoons seem to have heavily influenced your work. What were some of your favorites growing up?

Everyone always assumes I loves cartoons. I'm aware the way my paintings look and my age of 26 (being a child of the 90's) makes that connection. But I'm really not a cartoon fan. What I do like about them is the way they dictate communication -- their graphic quality really kills any sort of suggestion of abstraction. I'm all about explicitness; not crude, but legible. I feel painting has gone farther and farther away from expressing yourself and is now all about expressing painting traditions. Who cares about that? 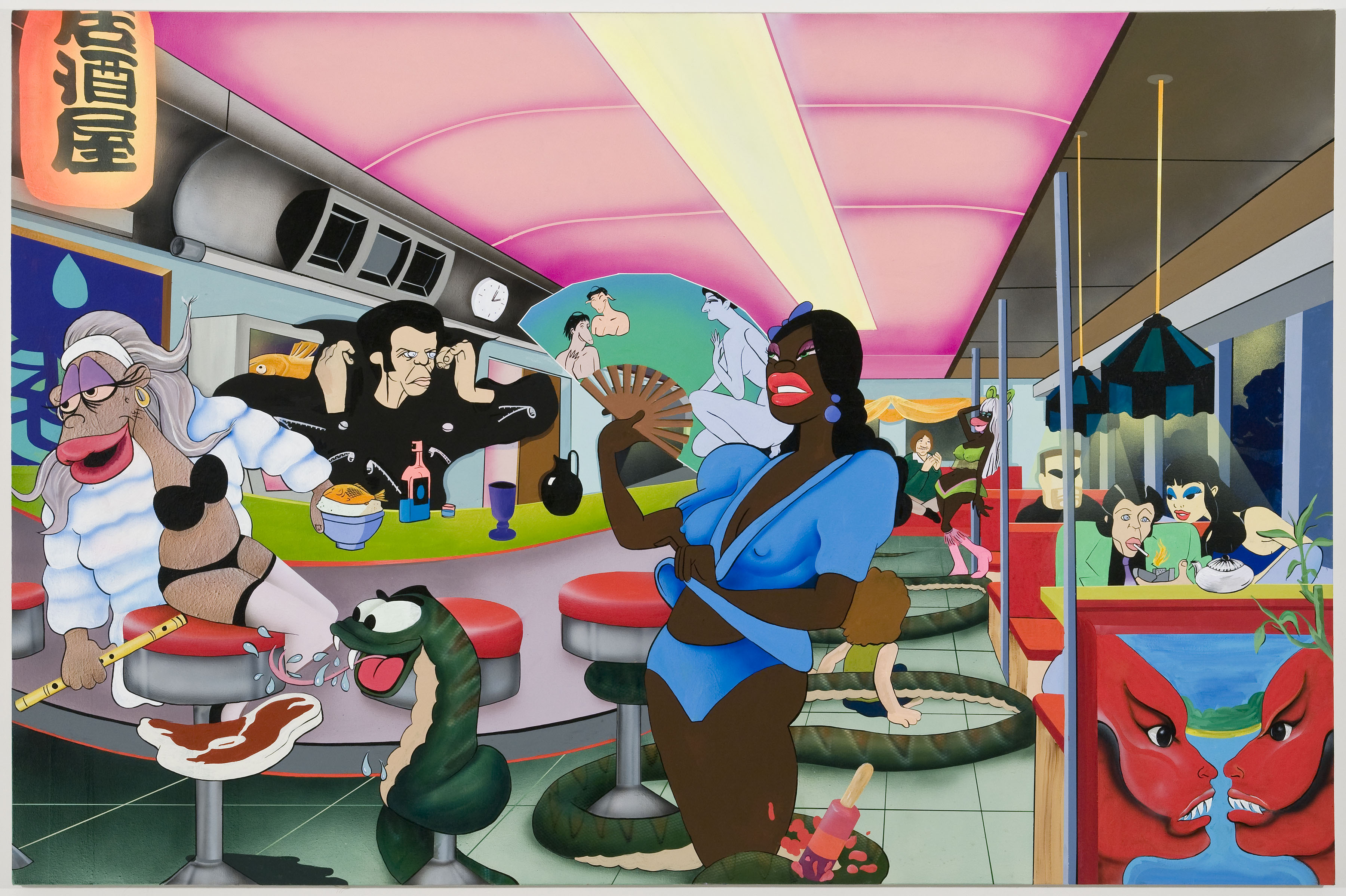 Let's talk about "Heat Wave," because I can't stop looking at it. What is going on here? Is there a story unfolding or is it straight-up image overload?

Well, the show is called "Me, Myself and Jah", so I started the painting thinking about what a personal judgement day could look like. Some of the other works in the show, such as Stoneware [featuring a pile of dishes abandoned for what looks like a long period of time], Devil's Cookbook [showing the Devil himself flexing and bopping around, prepping for the last day on Earth, cooking up a pot of M.C. Escher] along with Bounty Hunter [a painting of a driver, possibly a version of myself, being chased by unseen bounty hunters, depicting the few seconds before death, in which you can see the driver's spirit exiting the car right before they get hit with a rocket!] all relate to the biggest painting, Heat Wave.

Heat Wave is a literal and metaphorical "heat wave" in a sake-bar-cum-strip-club. Everyone wants to get naked and shed their clothes. The giant snake (the only one who can actually shed his skin) has his own agenda, eyes on the prize -- a big ass steak. The central figure, a beautiful black woman, is trying to fan herself off everywhere... under her skirt, her face. The figures on the fan are called Kappa, mythological Japanese water creatures that are prone to bad behavior. The ones I specifically painted on the fan are lifted from a Japanese sake company that in the '70s made illustrations of Kappa for their campaign to appeal to their American clients. The Kappa have this exploitational look to them. "Japanese" for Americans by Japanese. Such a total role reversal that the power relationship gets super confusing. I'm all about hierarchies. Heat Wave is an example of that. Nothing is more dominant than the other, visually or culturally or conceptually.

A lot of your works portray a dramatized sexuality in a way that reminds me of being a kid and being in awe of sensual grown women. How do you see sexuality playing out in your works?

Well, first off, I'm like 95 pounds and kinda flat -- no curve envy! But if I'm going to paint a woman, I want it to be recognized ASAP as a woman. In our Westernized visual culture, a woman has big tits, big ass, little waist. I just want it to look like what [we] imagine a symbol of a woman looks like. And I'm explicit about that.

Who are three artists you couldn't live without?

I have the tendency to go off for a while about this, so I'll keep it short and sweet: Van Hanos, Joshua Abelow and Brian Belott. 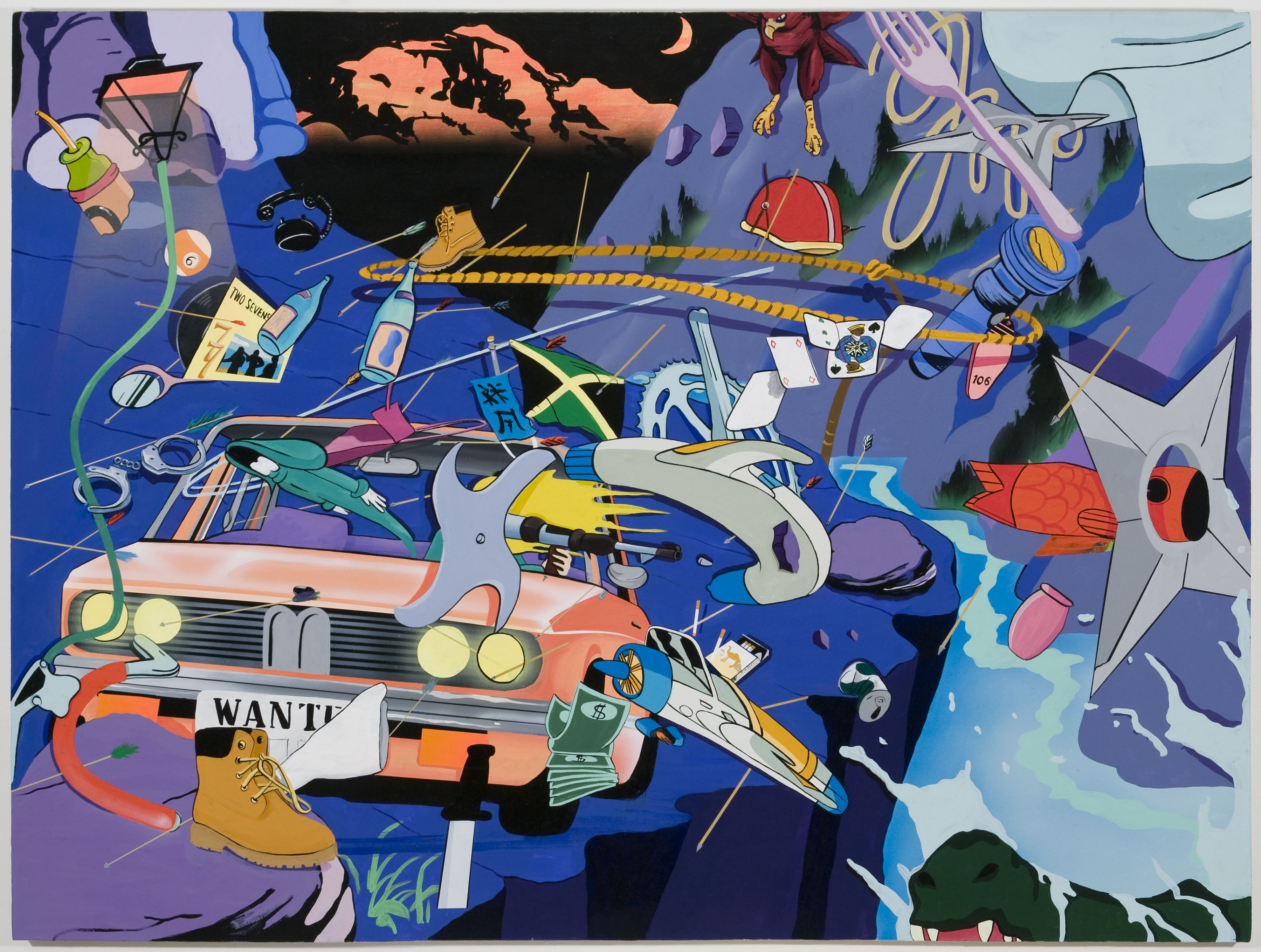 You've mentioned that art schools can have a toxic effect on budding artists. What would you recommend to young artists looking to hone their skill?

I went to Rutgers for art and decided to skip grad school because I didn't want certain types of indulgent and cyclic texts and essays to give me content for my work. But some people benefit from grad school and it's right for them. I'm not trying to shit talk MFA programs, but in my own experience, I suggest trying to work for an artist you respect or admire, who really knows their shit. Shoot them an email and cross your fingers. I learned more about how to paint in six months working for an artist than my whole education in undergrad. And you can't screw around, your job pays your rent. It'll make you learn fast. Real fast.

In an earlier interview you said "I hate work done by a woman that is about being a woman," which I thought was really interesting and a not-often expressed sentiment. Can you expand on this a little? 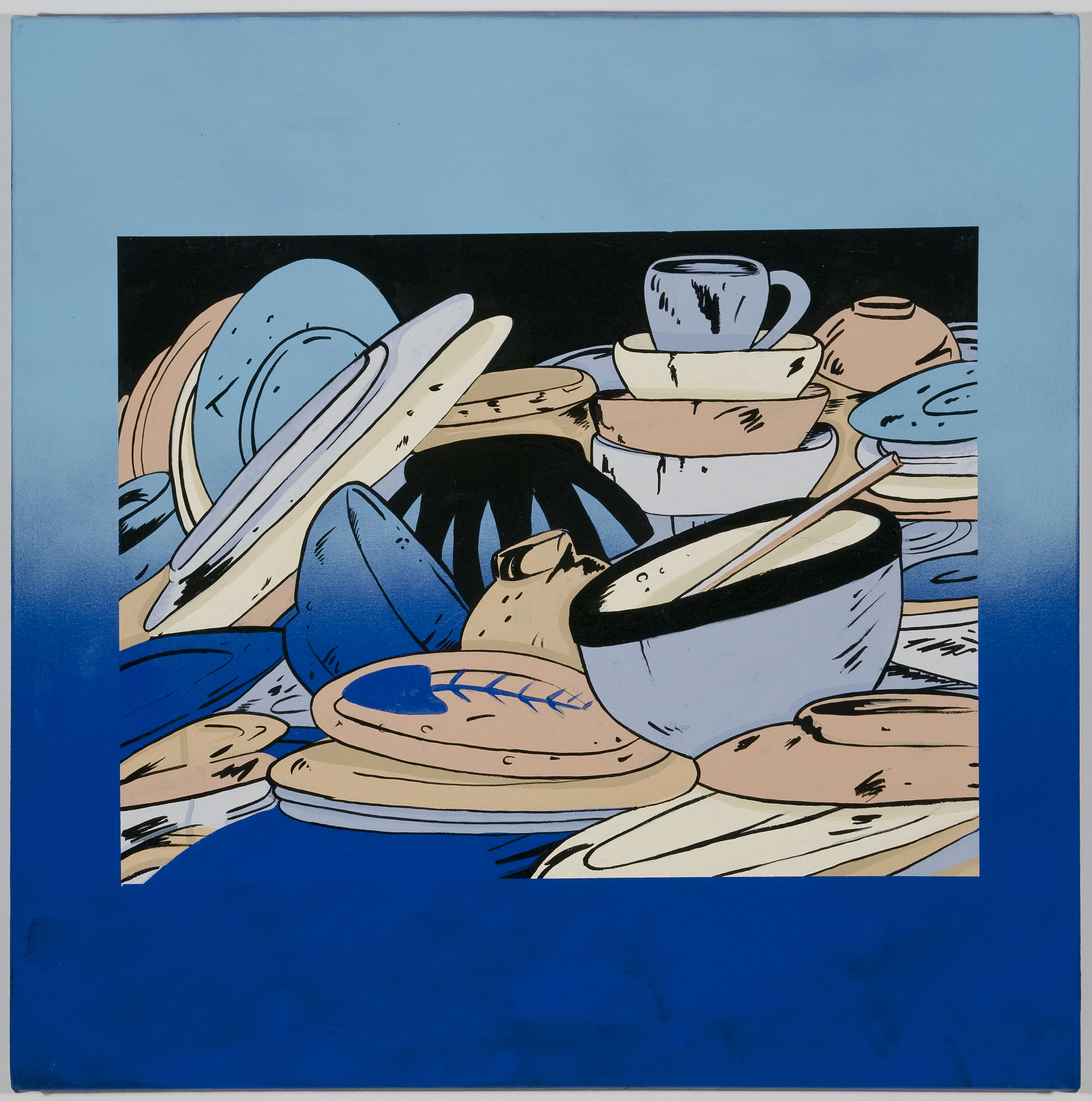 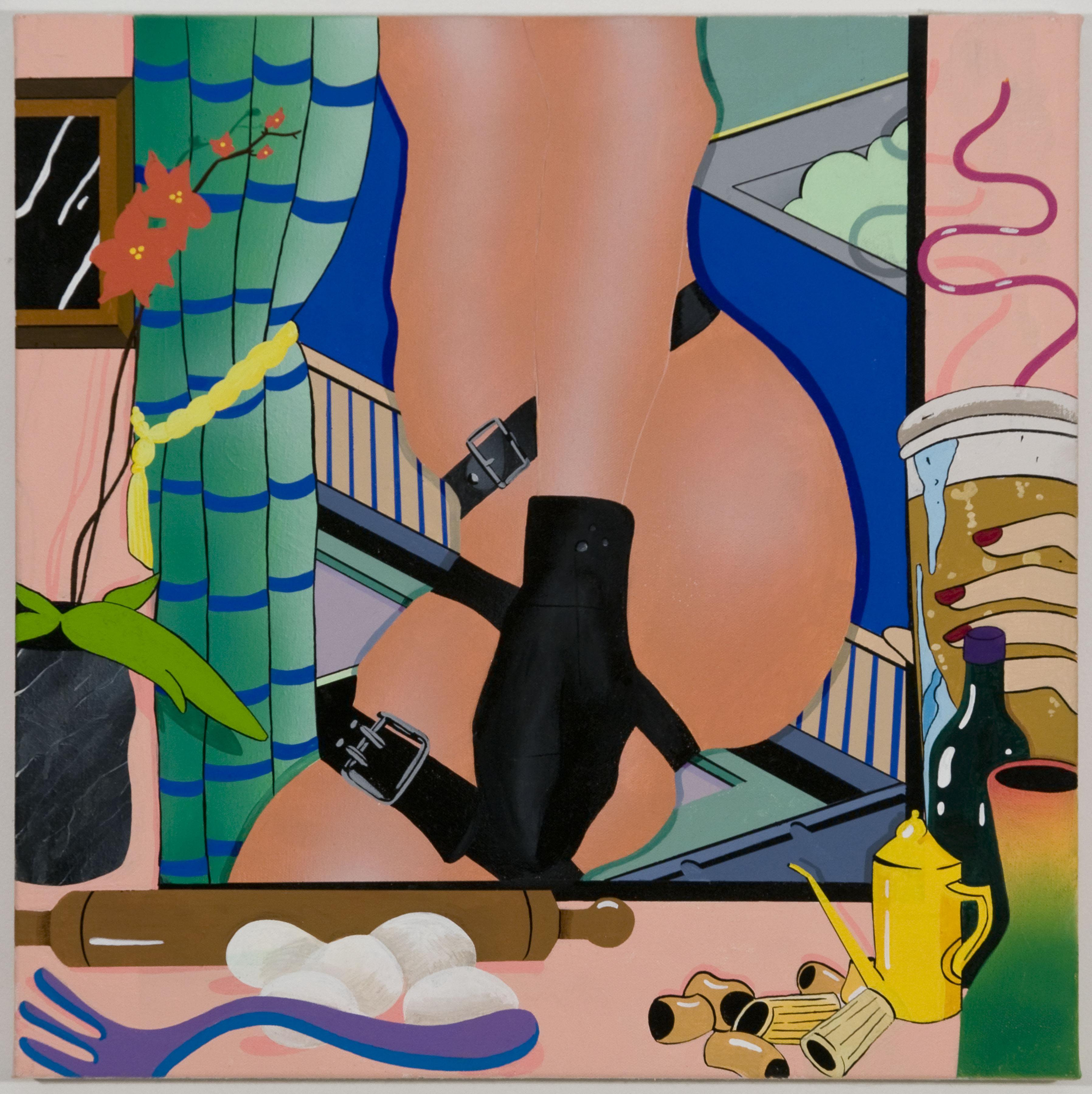 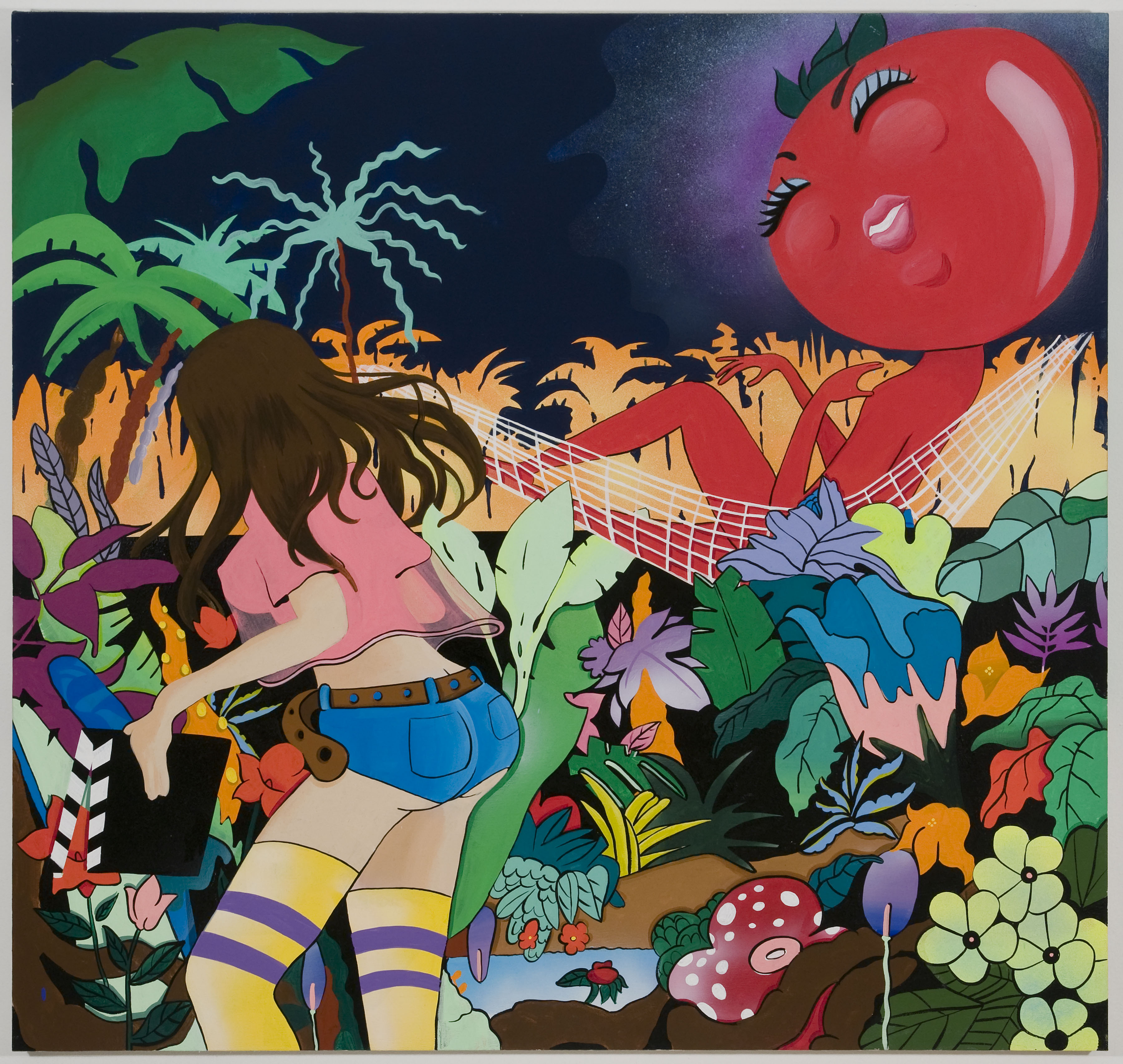 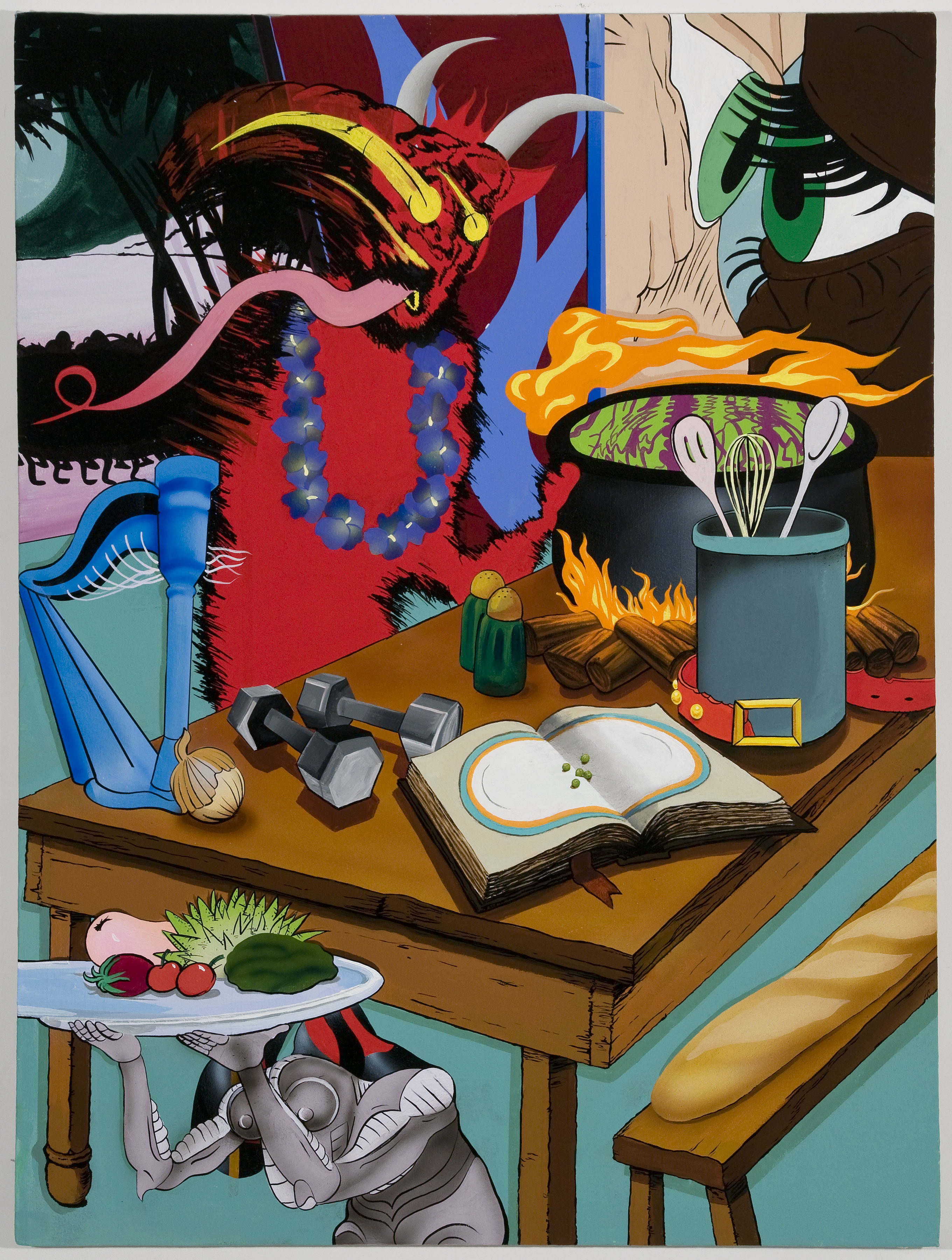 Jamian Juliano-Villani's "Me, Myself and Jah" is on view at Rawson Projects until October 20, 2013.