Jamie Anderson knew this was her moment and she seized it.

The 23-year-old American widely regarded as the world's best female slopestyle snowboarder delivered a fearless and nearly flawless performance to win the first Olympic gold medal in her signature event.

"To just have that moment come so quick and really knowing this is your moment, you just want to shine and do your best and show the world what a fun sport snowboarding is," Anderson told reporters after her victory, via The Associated Press.

Anderson's triumph gave the United States a sweep of gold medals in the snowboarding event making its Olympic debut in Sochi as Sage Kotsenburg had grabbed gold in the men's slopestyle final a day earlier.

With @Jme_Anderson's gold, #TeamUSA sweeps the top spot on the podium for the #Olympic debut of snowboard slopestyle pic.twitter.com/JnAhVg01X9

Anderson, who bypassed the semifinal with a strong performance during qualification, earned a score of 95.25 with a stunning second run during the women's final at Rosa Khutor Extreme Park on Sunday. She was joined on the medal stand by Enni Rukajarvi of Finland, who won silver with a 92.50, and Jenny Jones of Great Britain, who captured the bronze with a 87.25. Jones' medal was the first ever won on snow by an athlete from Great Britain during the Winter Olympics, reported BBC Sport.

Jones had been in gold position after her second run delighted the crowd and earned high marks from the judges. Her 87.25 topped every score from the finalists' first runs. With judges observing, each of the 12 finalists took on the treacherous slopestyle course, navigating obstacles and soaring off towering ramps. Each competitor completed two runs of the course, with the lower score being discarded.

"I did the best run I could have done," Jones told BBC Sport.

Jones' lead would not last long as Rukajarvi soon vaulted into gold medal position with her sterling second run. Both could then only watch as Anderson dropped into the course. A four-time Winter X Games slopestyle gold medalist, Anderson was the third-from-last competitor to make her second run. After putting down a hand while landing the third jump of her opening run resulted in a score of 80.75, the pressure was on the snowboarder projected to take home gold.

"I was really just trying to stay calm and kind of reserve my energy," Anderson later explained. "It was a lot of stress up there and even though it's just another competition, the stage and the outreach that this event connects to is out of control."

Facing a daunting course that she had previously expressed some reservations about and a competitive circumstance that could hardly have been more pressurized, Anderson took control. She landed a pair of 720s to vault herself into position for gold. With just two riders remaining, Anderson's second run guaranteed her a medal. When Anna Gasser of Austria fell during the final run of the event, the U.S. sweep of slopestyle gold medals was complete.

Count Anderson's fellow slopestyle gold medalist among those impressed by her performance.

Just jumped out of my chair when @Jme_Anderson landed that run!! #Spoice

The triumph only further establishes the Californian who first qualified for the Winter X Games BoarderX at age 13 as the reigning queen of slopestyle. With the win, Anderson has finished first or second in 20 of 24 competitions over the past three seasons, according to USA TODAY Sports. After her latest reputation-affirming win, Anderson shed some light on how she deals with the stresses of competition.

"Last night, I was so nervous," Anderson said during a press conference, via The Washington Post. "I couldn’t even eat. I was trying to calm down. Put on some meditation music, burn some sage. Got the candles going. Just trying to do a little bit of yoga. … Last night, I was processing so much. I just had to write. I write a lot. I was writing in my journal. Listening to calm music. It was all about good vibration. Thankfully I slept really good. I did some mantras. It worked out for me.” 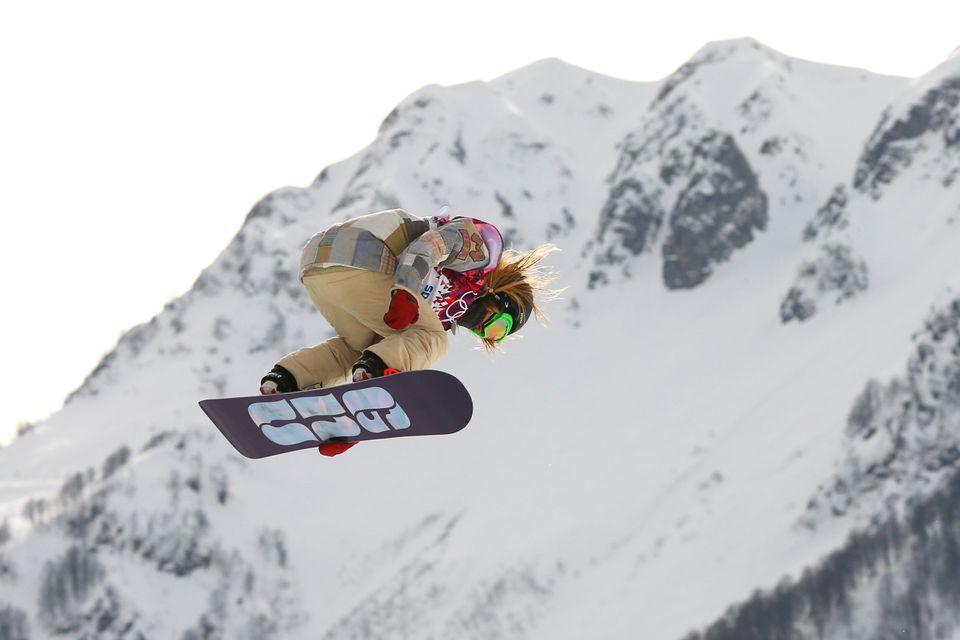