Jamie Brewer has made history.

Brewer became the first model with Down syndrome to walk the runway during New York Fashion Week when she took part in Carrie Hammer's "Role Models Not Runway Models" campaign Thursday.

“Young girls and even young women … [see me] and say ‘hey, if she can do it so can I,’” Brewer, who appears in "American Horror Story" and is an activist for the Down syndrome community, told the "Today" show. “It’s a true inspiration being a role model for any young women to [encourage them] in being who they are and showing who they are.”

Brewer tweeted about the exciting experience and shared some backstage photos Thursday morning.

Hammer was thrilled to get to work with the actress.

"What I love about Jamie is that having Down Syndrome is so not a large part of her identity, she is first a famous actress, talented writer, beautiful woman, and [Intellectual and/or Developmental Disabilities] activist," Hammer told The Huffington Post in an email. "She's an inspiring lady!"

Hammer was featured in Forbes' 2015 30 Under 30 for her customizable fashion line. "Role Models Not Runway Models" had its first show at Fashion Week last year.

"I think it's expanding the definition of beauty from purely skin deep towards passion, purpose and accomplishments," she told HuffPost of the initiative. "I hope that women and young women see the Role Models who walked on my runway today and start looking up to [Role Models Not Runway Models]." 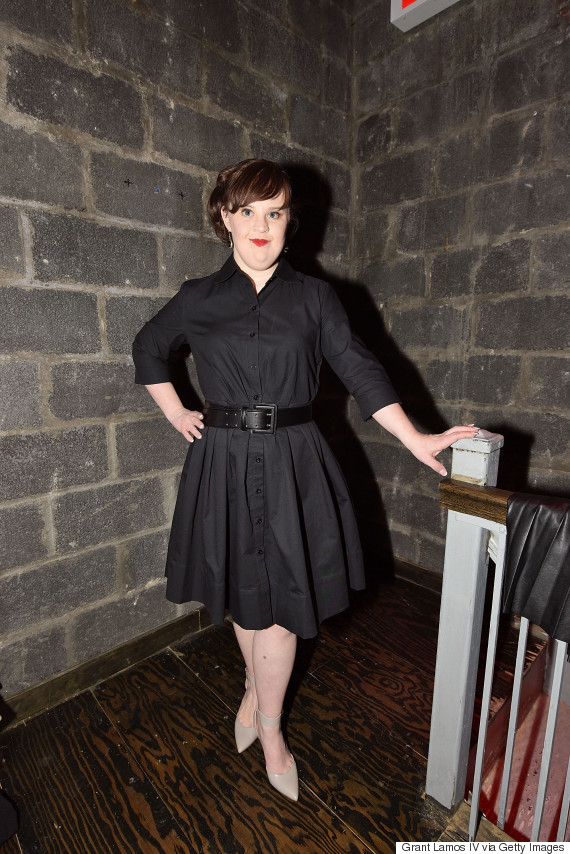