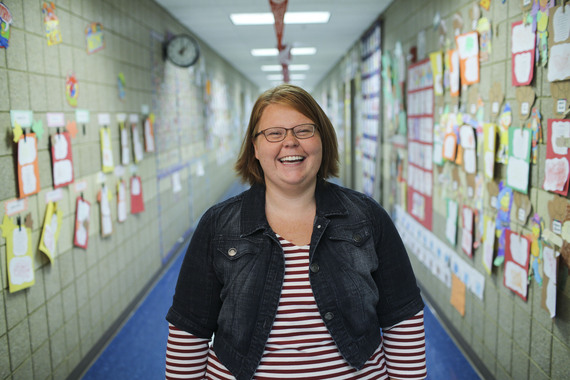 Even though they're fourth graders, I make sure to hug each one of them every day, coming in and going out. Telling them, "I'm so happy you're here today, and I can't wait to see you tomorrow," gives them a reason to want to come back.

"My interest in teaching started way back in daycare. I had one caregiver, Miss Jan Jan, and there was just something special about her. I know when you're five, you don't normally notice stuff like that in people -- but she reminded me of a fairy godmother or something. From then on, to anyone who ever asked me, I always said I wanted to teach.

Then in fifth grade, I had another teacher who was so passionate about teaching. He not only cared about academics, he actually cared about us as people -- and that just sealed the deal for me. Because up until that point, I had gone through five years of feeling like just another face in the room. I didn't want kids to experience that kind of teaching; I wanted them to feel like they were cared about." 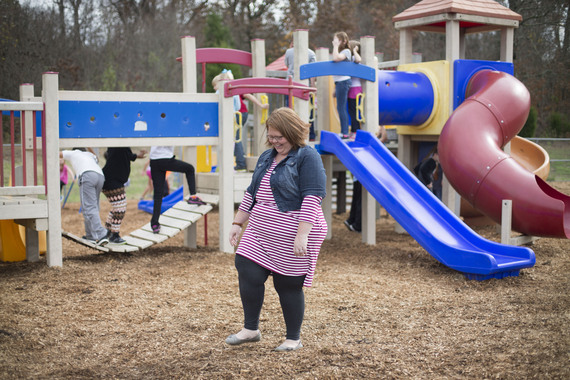 Knowing when they need a little something extra.

"I believe that children need a 'one voice' -- at least one. It's a voice that will stick with them for years after they leave my classroom, one that encourages them, mentors them, and is an advocate for their learning. I go to school every day to be that one voice per child. Because, while the academics are important, if the students don't know that they're loved and cared about on a personal level, they're not going to care about what you're saying.

I had one student several years ago who had some severe anger problems. Before he got to me, he would just be getting sent to the office all the time. He went straight to the office when he got to school, almost for this in-school suspension. There's a part of me that understands -- as a teacher, you don't want to disrupt the rest of the students' learning. But I wanted to dig deeper and find out why he was acting that way. Kids don't just do that; I thought there had to be a reason. So, the following year, I requested this child for my class. Of course it started out rough, and I didn't expect anything less. He really had this wall up. But it took maybe a week, and that wall started to crumble. I ate lunch with him, I touched him on the shoulder, I encouraged him and told him that he was doing a good job.

People were amazed by the change, but, honestly, if you just take the time to get to know a child, they're going to respect you more. Sure, they may still have outbursts, they may still get angry. But it's all in how you deal with it. Unfortunately, I found out after he left my class that he was put in a special unit for his behavior. I still keep in touch with him, though. Now, he's a junior in high school and he's doing really well.

Unfortunately, as a teacher, it's impossible to give them all that extra touch, all the time. But you can tell, in their eyes and their actions, if they need that extra time with you or that extra touch. I do have some kids that I spend more time with, but the others don't feel like they're missing out. They get it, because that child may not be getting that attention elsewhere. And even though they're fourth graders, I make sure to hug each one of them every day, coming in and going out. Some of them are reluctant -- especially my boys! -- but telling them, 'I'm so happy you're here today and I can't wait to see you tomorrow,' gives them a reason to want to come back." 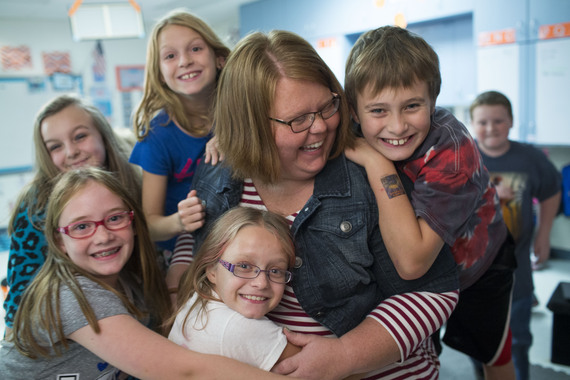 It's more than just the Chromebooks.

My classroom doesn't have any desks. It's not uncommon to see kids lying on the floor, and that's fine. If it makes them more comfortable, then they're more likely to want to come back. We have a question on the board that says, "What are you going to do today to make a difference for your tomorrow?" We reflect on that every day. It doesn't have to be about learning, either; they could've made a new friend or helped someone out. But it is about them showing up. Not wanting to be there is not allowed, and I make that really clear.

And you can tell when they do. This year, I was fortunate enough to get a grant to be one-to-one on Chromebooks, and it's my first year implementing that. I have kids whose past teachers have told me they absolutely hate school, and now they're loving it. There's a part of me that thinks, 'It's just because of the Chromebooks.' But when I talk to them about why they love school, it's more about how much they love the classroom or that I take care of them." 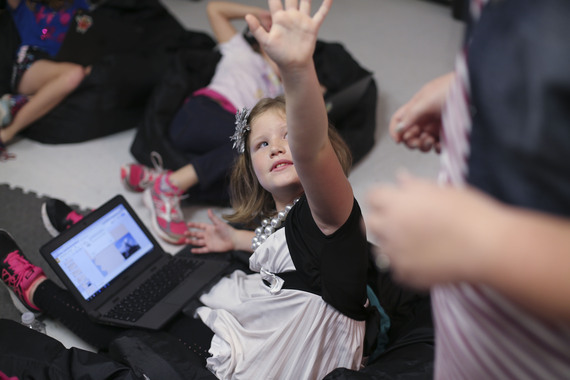 Something to strive for.

"I'm afraid to say it, but honestly, I think you can reach every kid. It's usually those kids -- the ones you think you can't reach -- that I take under my wing. What's so tough about it is being with them for only a year. They might not always have teachers that have the time to care. In middle school and high school, sometimes they're just another face in the crowd. I know my time is limited, but I also know that whatever I do and however I impact them, I hope they carry it with them.

I think that's the hardest part of teaching. I'm so passionate about it that it almost becomes my first priority. I have a family -- a husband and four kids -- so it's hard to juggle. It can be overwhelming and draining, but I do it because I love it and because I can't wait for these kids to grow up and be something. To see them smile like that or be proud of something they've created, it's so worth it.

My greatest hope for them is that they'll make an impact in someone else's life. No matter what avenue they choose, I hope that somewhere they'll encourage someone like I hopefully have with them. That could be next year when they're in fifth grade. It should be every day. I tell them that. I walk into school and my goal is to make a difference -- and they should make a difference too. There should be no reason that they wouldn't." 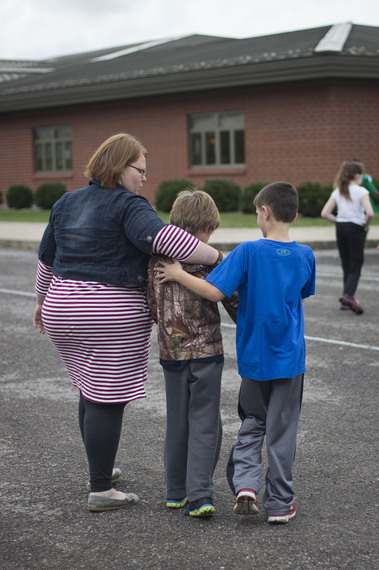