The JPMorgan Chase CEO and chairman’s net worth is now estimated at $1.1 billion, according to the Bloomberg Billionaires Index. His fortune has soared as shares in the country’s largest bank by assets, in which he has a $485 million stake, near a record high. 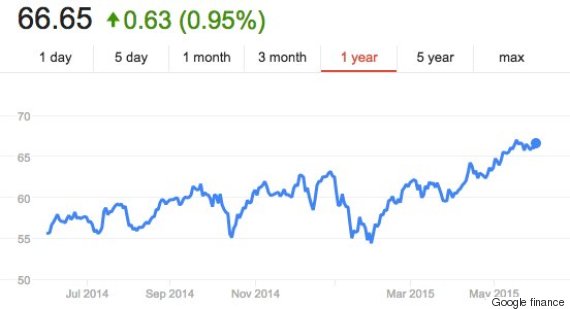 JPMorgan stock has climbed over the past year.

Bank executives do not usually become billionaires. Though Dimon took home a pay package worth $20 million last year, financiers in the three-comma club usually accumulate wealth through money management and hedge funds, according to Bloomberg. But Dimon, long a silver-coiffed media darling, has proven himself to be a survivor, even in one of the industry’s most volatile eras in recent history.

After helping to assemble Citigroup, he was forced out in 1998 by his boss and mentor, Sandy Weill. Dimon revived Chicago-based Bank One and sold it to JPMorgan in 2004. He became the chief executive of the combined bank in 2005 and, the next year, added the chairman title.

He captained the bank through the choppy seas of the financial crisis in 2007. But, facing billions in an array of fines and settlements, he began to lose shareholders’ confidence in 2013.

Still, after a contentious vote, he managed to retain his status as an “imperial CEO,” overseeing the board as chairman and thereby acting as his own boss. That year, the Financial Times dubbed him “the last king of Wall Street.”

He is even, quite literally, a survivor. After a year-long battle with throat cancer, Dimon announced he was cancer-free last December.

Last week, he told a group of investors that listening to shareholder advisory groups critical of his management was “lazy.”

“If you do that, you are just irresponsible, I’m sorry,” he said. “And you probably aren’t a very good investor either.

At least in the fictional milieu of HBO's "Silicon Valley," Dimon is in some interesting company: