Jamie Foxx may have made his daughter turn red at the MTV Movie Awards on Sunday night when he talked about her love life in front of the entire audience, but he was the one changing color in New York on Monday. Foxx was spotted in Manhattan's Times Square on the set of "The Amazing Spider-Man 2" in his blue Electro makeup.

The images are a first unofficial look at Foxx's Electro costume in the "Spider-Man" sequel.

"Electro is a great character," Foxx told Entertainment Tonight last year. "He's a ... genius electrician-type person, and he gets the short end of the stick from the whole world, and the next thing you know he turns it on."

In the Spider-Man universe, Electro is Maxwell Dillon, a put-upon electrician who gets struck by lightning and becomes "capable of controlling vast amounts of electricity."

Foxx and Garfield are joined by Emma Stone, Dane DeHaan, Chris Cooper, Paul Giamatti and Felicity Jones in "The Amazing Spider-Man 2." The film is set for release on May 2, 2014.

Check out Foxx as Electro in the set photos below. 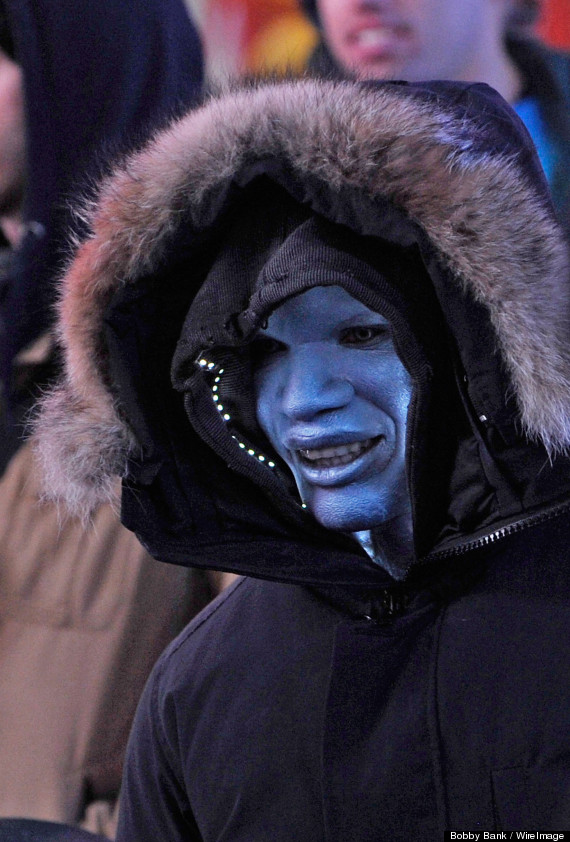 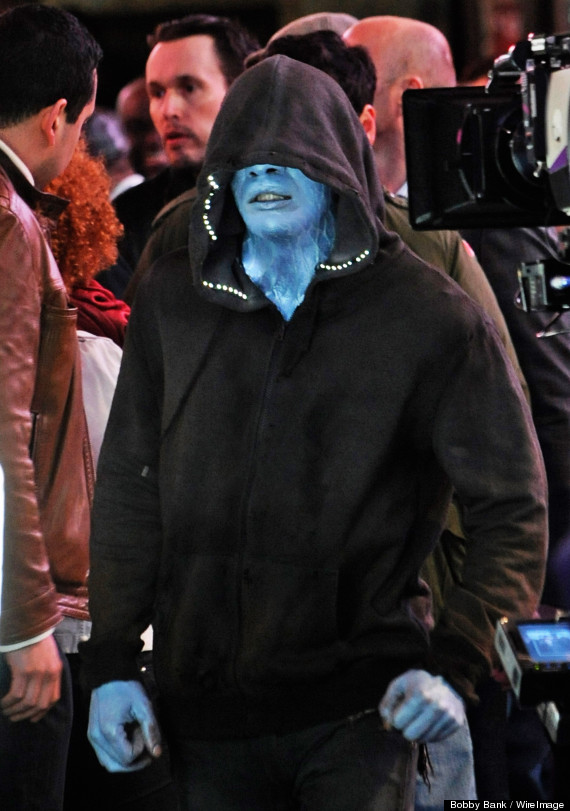 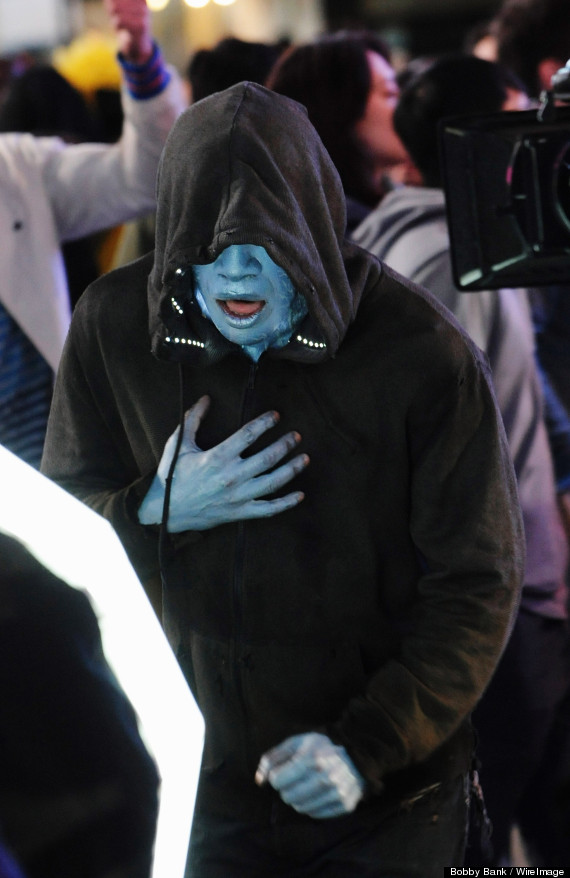