Jamie Oliver may put out his own magazine, which now appears on both sides of the Atlantic Ocean, but that doesn't mean he actually reads it.

At least that's what we're guessing after reading a recent interview Oliver did with U.K. publication The Independent, in which he cops to never having read a book. We'll repeat that. HE'S NEVER READ A BOOK.

I've never read a book in my life, which I know sounds incredibly ignorant but I'm dyslexic and I get bored easily. The one book I nearly finished was Kitchen Confidential by Anthony Bourdain. But then the author came to Britain and didn't stop slagging me off for five years. So on principle I threw it on the fire. He's since apologised and we've made up. I should probably read the rest now.

We're happy to hear you've buried the hatchet with Anthony Bourdain, Jamie, but come on. Dyslexia is rough on would-be readers, but it sure didn't stop Hans Christian Andersen, Agatha Christie, F. Scott Fitzgerald and William Butler Yeats -- who all allegedly suffered from the disorder -- from writing classic pieces of literature, and, presumably, reading up a storm.

Seriously, Jamie. Pick up a book! 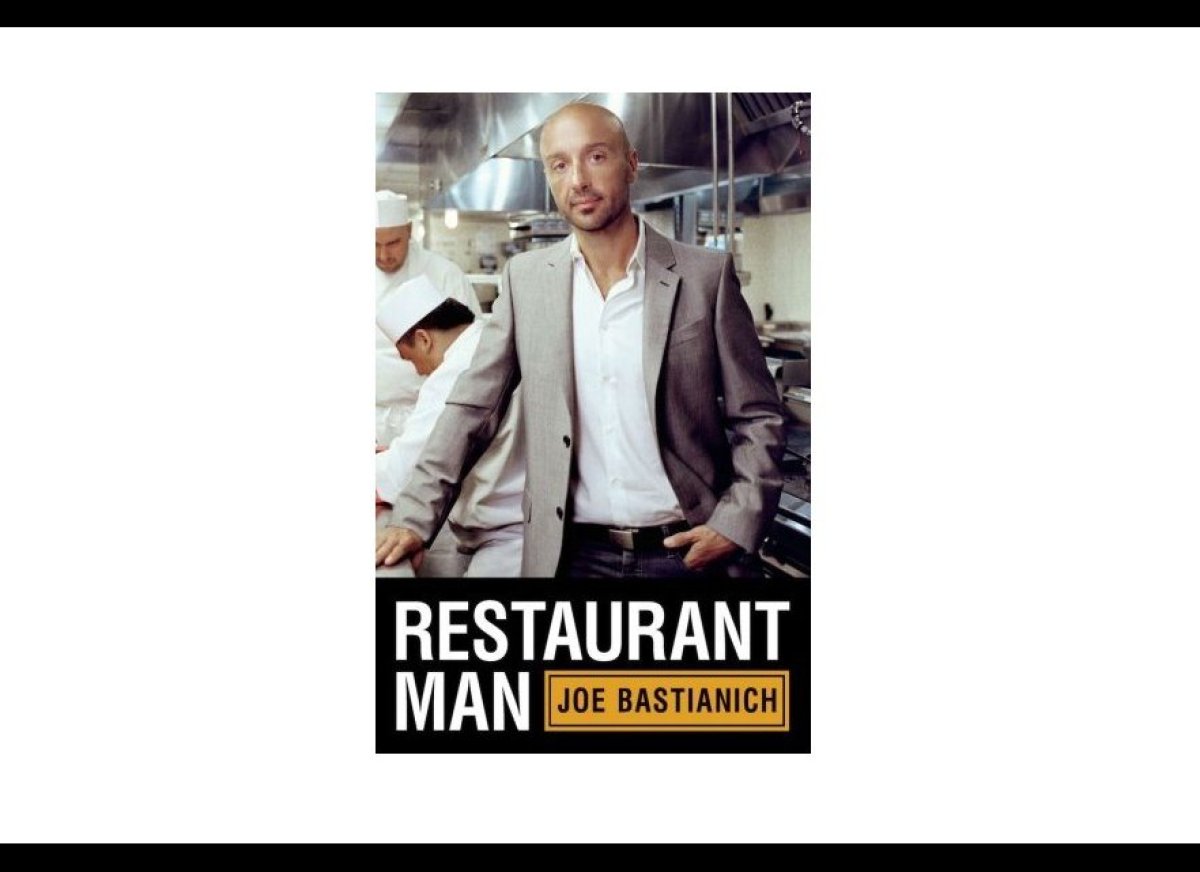 1 / 13
Restaurant Man
Joe Bastianich's book landed with a bang on May 1, with immediate reports on which food industry folks were <a href="http://eater.com/archives/2012/05/01/mariani-bastianich.php" target="_hplink">pissed at the author</a>. That probably doesn't hurt sales though -- there's no such thing as too many "tell-all" accounts of the restaurant biz. And Bastianich is definitely a good man to share those stories. He grew up in a restaurant family (Lidia Bastianich is his mother) and has been Mario Batali's business partner for years. If he doesn't know the business well, then no one does. <strong><a href="http://www.amazon.com/Restaurant-Man-Joe-Bastianich/dp/0670023523/ref=sr_1_1?s=books&ie=UTF8&qid=1336598804&sr=1-1" target="_hplink">Restaurant Man, by Joe Bastianich</a></strong> Available now