Growing up in Arkansas City, Kansas in the 1980s, artist Jamison Chas Banks experienced his fair share of American small town life. "It was all football and barbecues," he explained in a phone interview, recounting his younger years smack dab in the middle of the Great Plains. He continued to paint a picture of quintessential America: his father is a Vietnam veteran, his uncle served in combat during World War II and his late grandfather played semi-professional baseball in and around Oklahoma.

"The paradox is, I'm Native American," he added. "There's this dichotomy. I can never quite address it completely, but it has totally encompassed my career."

Banks is a dual citizen of the Seneca-Cayuga Tribe and the Cherokee Tribe of Oklahoma. He's both an adjunct professor of printmaking at the Institute of American Indian Arts in Santa Fe, New Mexico, his current hometown, as well as a working artist whose surreal, conceptual works have mined military history and the politics of exile. Dichotomies of one sort or another seem to abound in Banks' biography. And his work. 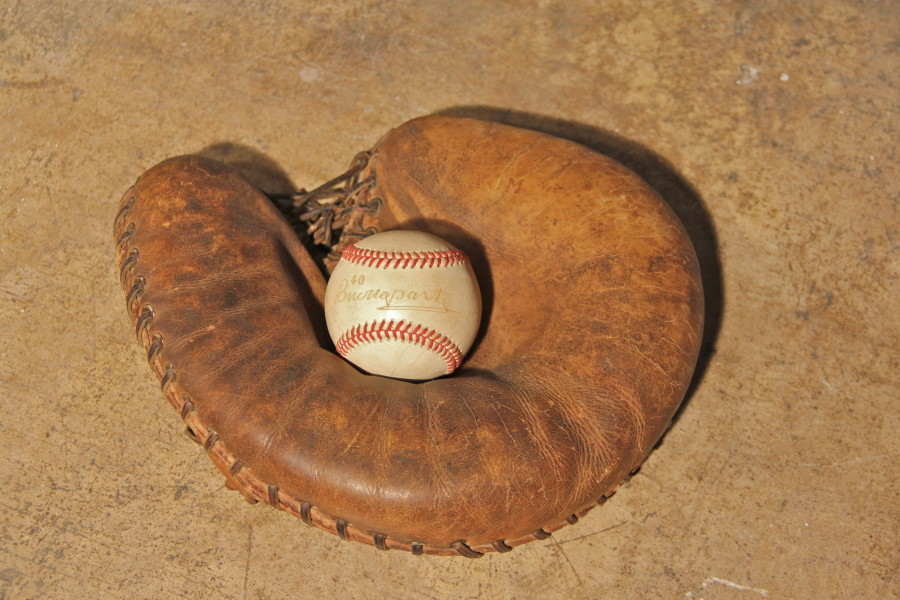 His newest project is "Retour des cendres Vol. 1 (Return of the Ashes)," an installation and proto-film commissioned for Santa Fe's biennial, SITElines, celebrating contemporary, North and South American artists. The piece, in short, explores the relationship between the Louisiana Purchase, Napoleon's exile and the exile of the Cherokee in Oklahoma, pitting narratives of acquisition and abandonment against each other with the use of a familiar American pastime: baseball.

Banks' history lesson begins in 1803 when Napoleon sold the Louisiana Territory to the United States and ends in 1830 when Congress passed the Indian Removal Act, effectively banishing native nations to Oklahoma, one of the 15 states carved out of the big purchase. In between, Napoleon died while living in exile on Saint Helena, an event that blurs the line between the expellers and those expelled. Banks adapts this segmented timeline into a contemporary filmscape, in which two teams -- the "Exiles" and the "Purchasers" -- battle in a never-ending game of baseball, set on Napoleon's infamous island.

"When I was thinking about this idea of exile, I thought about the indoctrination that happened through the boarding school experience for Native American children," Banks explained, referencing the 19th and 20th century practice of educating Native American students according to Euro-American standards in boarding institutions utilized by families across reservations. "My grandparents were brought up with this brainwashing, which is a heavy, negative thing. But my grandfather also learned how to play baseball at boarding school. 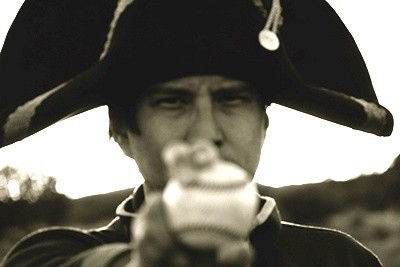 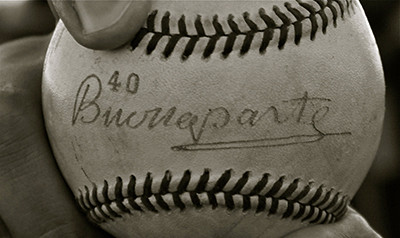 "Amidst a negative was a positive. He learned how to play baseball and eventually joined a semi-pro team and made a living for 10 or 15 years traveling around Oklahoma and Kansas. In a way, this was the sealing of the land from the Louisiana Purchase and the exile of Napoleon. Two negatives and baseball. Two wrongs making a right."

And so a film idea was born. Banks began imagining a quite "epic and expensive" production, in which he and two teams worth of baseball players (read: friends, colleagues and willing actors) would take a boat to Saint Helena in the South Atlantic Ocean. There they would play a game amidst the fortified island. Banks, portraying Napoleon, would bring along a slew of props -- a scoreboard adorned with a map of the United States, a vintage French flag and a baseball "signed" by Mr. Bonaparte.

"It's kind of like a dream," said Banks. The Exiles would seem as though they're losing; yet, "while the game appears to be frozen in time, closer inspection shows that there are still more innings to be played, and therefore the possibility of a change of course." The title, "Return of the Ashes," references the process of taking Napoleon's body back to France after he died. 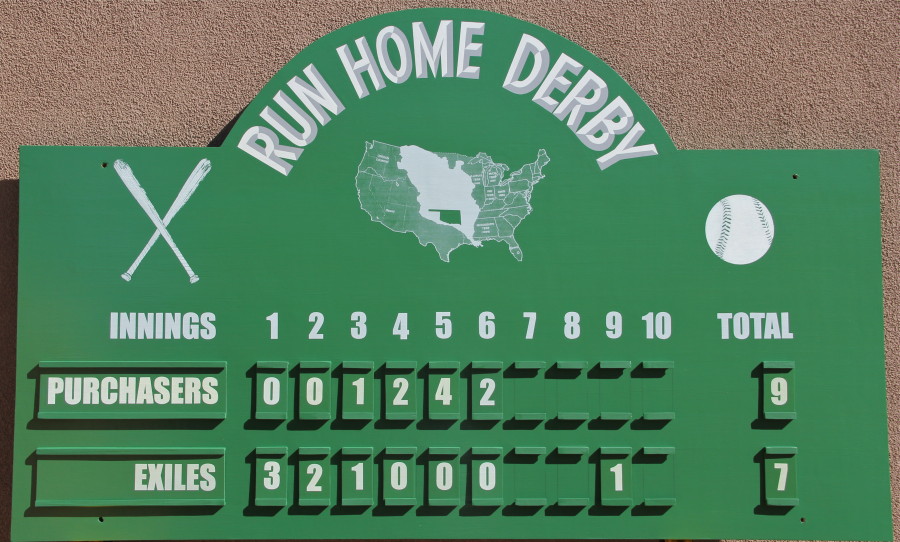 "The return of Napoleon’s ashes... rekindled the memory of my own ancestry, my grandfather, and the others who are unnamed and their stories I don't know so well."

Banks' film is still in the making. As of now, he's raising funds for his Atlantic adventure, showcasing his plans and props at SITE Santa Fe in the meantime. Presented as a "backwarding" of evidence, the collection of faux-historical artifacts hint ever-so subtly at the contemporary predicament of Native Americans.

"There's this idea that things that have harmed your ancestors end up damaging your DNA. Blood injury. Blood memory. This has been a form of personal catharsis, that actually does feel better. There's a bit of weight, something like pressure alleviated. My self-imposed exile [on Saint Helena] is my way of saying 'I have been exiled, born in the Midwest where my blood is not from.' It is still trauma, but I am somehow trying to gain power over that trauma by taking it where I want it to go."