Arizona Gov. Jan Brewer (R) dismissed the idea of being "Best Friends Forever" with President Barack Obama on Monday, after attending a dinner at the White House on Sunday night.

"So now I go today and now it's that we're BFFs," a laughing Brewer told Cronkite News, a student publication at Arizona State University, referring to the apparent overreaction by some to the dinner.

Brewer attended the social gathering at the White House while in town for the National Governors Association's winter meeting, which lasted from Feb. 22-25.

Last year, however, she skipped out on the dinner, saying she did not want to attend a "social" event.

Her refusal to attend followed a turbulent relationship between the governor and the president.

Brewer posted a photo of herself at the White House dinner on her Facebook page: 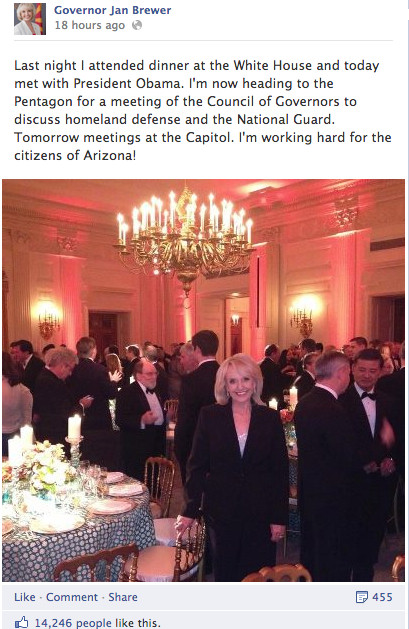