In her lifetime, Jane Austen's novels gathered little, but positive, critical commentary. She sold some books; people seemed to like them. At 42, Austen died. And then things took a different turn.

Two of her novels were published posthumously, and more people began reading her work. A relative published her biography, further cementing her reputation as a sharp social critic. During and after World War I, men on the front lines read her work for comfort, and by the 1940s, Austen had been welcomed into the literary canon. Between 1970 and 1990, over 300 doctoral candidate dissertations were devoted either in whole or large part to her proper ladies and gentlemen, according to one source. There have been movies, clubs and possibly too much fan fiction.

But still, Austen's novels have not bewitched everyone, body and soul, over the past 200 years. Some readers actually -- actually -- thought she was overrated. We've put their best zingers together below, even though they are possibly all as wrong as this "Pride and Prejudice" adaptation. (And definitely skewing male. Just saying.)

"Not only her stories are utterly and entirely devoid of invention, but her characters, her incidents, her sentiments, are obviously all drawn exclusively from experience."

- An 1818 copy of The British Critic literary journal. The author praised Austen's observational skills, but decided "the principal defect of her writings" was an "extremely deficient" lack of imagination, which didn't mesh super well with the Romantic theme of the era.

"The one problem in the mind of the writer in both the stories I have read ... is marriageableness. All that interests any character introduced is still this one: Has he or she the money to marry with, and conditions, conforming? ... Suicide is more respectable."

- Ralph Waldo Emerson in a particularly harsh critique of Austen's representation of English social classes. He also called Austen's work "vulgar in tone, sterile in artistic invention, imprisoned in the wretched conventions of English society, without genius, wit, or knowledge of the world. Never was life so pinched and narrow." Not as surprising coming from a guy who was 1) American, a group of people who kinda liked their individual freedoms, and 2) Transcendentalist, another group not too keen on the traditional class system.

“Every time I read ‘Pride and Prejudice’ I want to dig [Austen] up and beat her over the skull with her own shin-bone. ... It seems a great pity that they allowed her to die a natural death."

- Mark Twain, another guy who knew how to sling an insult. Although Twain may have been half kidding to mess with an old pal, he did also add that a library without any books was a better than one with an Austen tome in it, and that he wouldn't read her work if somebody paid him a bona fide salary. Although, beyond that, it's not clear what his deal was.

"I got the book and studied it. And what did I find? An accurate daguerreotyped portrait of a common-place face."

- Charlotte Brontë, in response to literary critic George Henry Lewes, who had drawn comparisons between the women novelists' work. She apparently took issue with Austen's treatment of romantic love, which, despite Austen's reputation as a realist, wasn't portrayed as honestly as the Brontë sisters preferred.

"[Austen's novels] show us too much of the littlenesses and trivialities of life, and limit themselves so scrupulously to the sayings and doings of dull, ignorant, and disagreeable people, that their very truthfulness makes us yawn."

- An 1853 edition of The Westminster Review, published around the time that popular opinion of Austen's work began to grow. In an essay called "The Progress of Fiction as Art," the unnamed author argued that everyday life was never going to be the stuff of a Great Novel.

"She confined herself, however, to the narrow sphere of the petty interests."

- An 1854 copy of Frasier's Magazine. The author, likely one of the bare-ankles-are-slutty Victorian mindset, didn't appreciate the lack of tidy morals in Austen's work. "We receive but little improvement from [her novels]," the review states, because they appeal primarily to a "lower class of feelings."

"[Publishers] have found their ‘dear,’ our dear, everybody’s dear Jane ... so amenable to pretty reproduction in every variety of what is called tasteful (and in what seemingly proves to be saleable) form."

- Henry James, bitterly. James actually respected Austen as a novelist, kind of, but thought she was too much of a women's writer, calling her heroines "she-Philistines." His own extensive body of work -- plays, novels, reviews, travel writing -- didn't exactly bring him commercial success in his lifetime, like Austen and countless others.

"[Austen] typifies 'personality' instead of character ... and she is, to my feeling, English in the bad, mean, snobbish sense of the word.”

- D.H. Lawrence, known for a book that violated obscenity laws on both sides of the Atlantic, describing "this old maid" also known as Jane Austen. On the English class scale, the tight-knit Austen family was far from top-tier, but somewhat upwardly mobile.

"She seems at times to have accepted life too calmly as she found it … it is plain that life showed her a great deal that was smug, commonplace, and, in a bad sense of the word, artificial."

- Virginia Woolf, who also admitted she saw Austen as "a magnificent artist," however repelling she found the themes of her novels.

"Jane Austen is the feminine Peter Pan of letters. She never grew up."

- George Sampson, an English author and teacher, in a 1924 issue of The Bookman, a literary journal. "In her world there is neither marrying nor giving in marriage," he continued, "but just the make-believe mating of dolls."

"One important criticism of Jane Austen ... is that her vision is limited by her unquestioning acceptance of class society."

- Arnold Kettle, a Marxist literary critic, in a 1951 essay on "Emma." Kettle's Commie beef with Austen was secondary, however, to his argument that her work treats emotion in a rational and "unpretentious" way, which we assume to be a compliment.

"Marriage is still the one career. [Austen is] not critical of institutions."

- Edna Steeves, a feminist writer, in a 1973 essay on women novelists in history. Steeves wrote that Austen wasn't a "bold" woman for not examining "the situation itself closely." The bulk of feminist criticism of Austen, however, gives the novelist more credit for operating within a heavily male-dominated society. 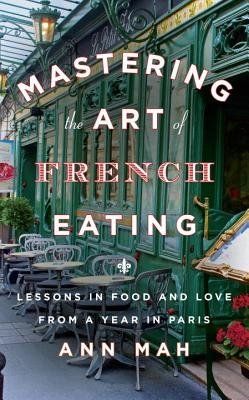 1 / 19
<strong>The Book:</strong> <a href="http://www.audiobooks.com/audiobook/mastering-the-art-of-french-eating-lessons-in-food-and-love-from-a-year-in-paris/198043" target="_blank"><em>Mastering the Art of French Eating: Lessons in Food and Love from a Year in Paris</em> by Ann Mah</a> <strong>Duration:</strong> 9 hours <b>Narrated by</b>: Mozhan Marno, actress from "House of Cards" and "The Blacklist" <strong>Quick summary:</strong> "The memoir of a young diplomat’s wife who must reinvent her dream of living in Paris — one dish at a time."