Today scholars, readers and insanely devoted fans alike celebrate the birth of British novelist Jane Austen 235 years later. Since penning classics that explore themes of women in society and class politics, such as "Sense and Sensibility," "Pride and Prejudice" and "Emma," Austen has become one of the most celebrated figures in English literature with an incredibly devoted fan base.

Jane Austen fans -- known affectionately as Janeites -- have staged everything from musical adaptions to lavish early-19th Century dress-up parties, from modern cinema translations to rewrites with horrible monsters. There are, of course, two seminal films from the 1990s: Ang Lee's "Sense and Sensibility" with Emma Thompson and the BBC mini-series version of "Pride and Prejudice" with Colin Firth.

Beyond these well-known versions, however, there exists a deep culture of Jane Austen obsession. What does it entail? What are the weirdest adaptations, strangest spin offs and other juicy pop culture references?

Here's our list of 11 of the craziest Jane Austen stuff, from the seminal to the schlock. But did we leave anything out? Let us know in the comments section below. 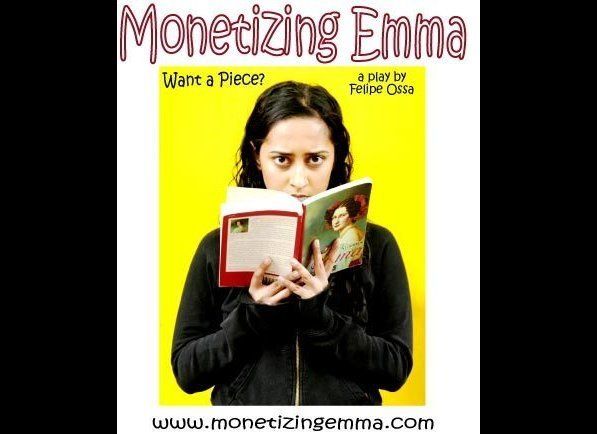 1 / 11
'Monetizing Emma'
A reporter for Reuters <a href="http://blogs.reuters.com/felix-salmon/2010/08/20/monetizing-emma/" target="_hplink">wrote about</a> "Monetizing Emma": What’s scarier than Pride and Prejudice and Zombies? That’s easy: Pride and Prejudice and Structured Finance! Which is essentially the theme of <em>Monetizing Emma</em>. Indeed, "Monetizing Emma," a play produced at the 2010 New York Fringe festival, stages a future wherein the wealthy can invest in the future intelligent teenagers. Felipe Ossa, the playwright, <a href="http://flavorwire.com/24442/the-matrix-meets-jane-austen-in-felipe-ossas-monetizing-emma" target="_hplink">told Flavorwire in 2009</a>: "The themes of the play are very timely, but actually the themes that we drew from Austen are pretty timeless. There’s the idea that girls have always been involved in economic compromises. We wanted to pose the question: In the 21st century, would a mother be marrying her daughter off to a suitor, or to the marketplace?" Read more about the play <a href="http://nymag.com/daily/entertainment/2010/08/monetizing_emma_imagines.html" target="_hplink">here</a>.