More than 20 years ago, "The Oprah Winfrey Show" conducted an experiment about racial prejudice that audiences will never forget. The year was 1992 -- in the wake of the deadly Los Angeles riots that erupted after the acquittal of police officers on trial for the beating of Rodney King -- and racial tensions in the country were running high. Yet, the "Oprah Show" audience members didn't suspect a thing when they arrived at the studio and were immediately separated into two distinct groups.

The division wasn't based on skin color, but eye color. "What we did was treat each group differently, discriminating against the people who have blue eyes, catering to those people with brown eyes," Oprah explained back then.

"Look at those people! What are they doing in there?" one woman shrieked.

When the show began, Oprah welcomed diversity expert Jane Elliott to the stage. Elliott helped set up the experiment, and she knowingly added fuel to the fire when she spoke. "I've been a teacher for 25 years in the public, private and parochial schools in this country, and I have seen what brown-eyed people have done as compared to what blue-eyed people do. It's perfectly obvious," she said. "You should have been here this morning when we brought these people in here." 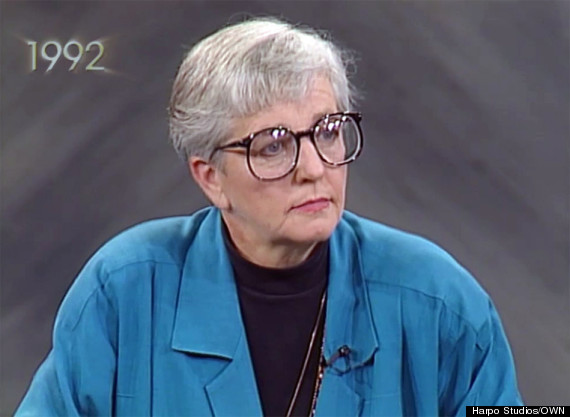 Feeling discriminated against, the blue-eyed audience members stood to voice their frustrations.

"She was rude to us! All of us!" one woman said. "Yelled at us, called us names, pushed us aside. She was rude!"

"Why doesn't Jane have a green collar on? She's got blue eyes," another pointed out.

Elliott didn't hesitate in her answer. "Because I've learned to act brown-eyed," she said. "And the message in this room is, act brown-eyed and you, too, can take off your collar."

The blue-eyed people were flabbergasted, but it wasn't long before the brown-eyed people bought into the idea that they were superior. "People, I had a girlfriend in school who was blue-eyed. She was so stupid, she was always copying off of my papers," said one brown-eyed woman. "These [blue-eyed] people were so rude and so noisy today, we couldn't hear ourselves even talk!"

Eventually, the audience figured out that the show was really about race. "God created one race: the human race," Elliott told them. "Human beings created racism."

Twenty-two years after that memorable episode, "Oprah: Where Are They Now?" caught up with Elliott, who still gets emotional when talking about the catalyst that led her to create the blue-eyed-brown-eyed experiment in 1968. 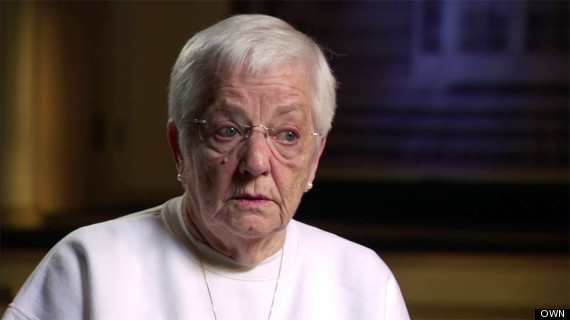 "Martin Luther King, Jr. had been one of our 'heroes of the month' in February in my third-grade classroom, and he was dead at the hands of an assassin," Elliott says, getting choked up. "I hate to talk about this because every time I talk about it, I remember how it felt that day. I was going to have to go into my classroom and explain to my students why the adults in this country had allowed somebody to kill hope. Martin Luther King, for me, was hope for this country."

In an effort to get her small-town, all-white class to experience what it was like to walk in someone else's shoes, she created the eye-color experiment. "I decided the next day that I was going to do what Hitler did. I was going to pick out a group of people on the basis of a physical characteristic over which they had no control, separate them... treat one group badly and treat the other group very well, and see what would happen," Elliott says.

Why eye color? "Eye color and skin color are caused by the same chemical: melanin," Elliott explains. "There's no logic in judging people by the amount of a chemical in their skin. Pigmentation should have nothing to do with how you treat another person, but unfortunately, it does."

What she found with the experiment is how incredible its impact can be.

"Give me a child at the age of 8 and let me do that exercise, and that child is changed forever," Elliott says.

Throughout January, OWN hosts a month-long celebration honoring civil rights legends, as we approach the 50th anniversary of the historic Selma to Montgomery marches led by Dr. Martin Luther King, Jr.

QUIZ: How Well Do You Know 'The Oprah Winfrey Show'?