Charlotte Brontë's "Jane Eyre" was published on this day in 1847.

While I'm a very big fan of most Victorian literature, "Jane Eyre" made an impression on me that other novels formerly hadn't. "Jane Eyre" is not just a gothic romance novel. It's a bildungsroman, a coming-of-age story. It is the first of its kind in some ways, as it's written by a woman about the interior life of a woman. Female thoughts and feelings were exposed. Brontë has been referred to as "the first historian of the private consciousness."

I love that Jane Eyre is an unconventional heroine. She is not beautiful, but instead is rather plain looking. She is an underdog who the reader roots for through the entire novel. I love that Jane Eyre overcomes her troubled, impoverished past. I love that Jane Eyre does the right thing for herself. She is the epitome of a strong woman. She teaches the importance of self-reliance. She supports herself at a time when it was extremely hard for a woman to do such a thing on her own.

The novel was very shocking for its time. One reviewer said that the book "might be written by a woman but not by a lady." People were scandalized that Eyre returned to Rochester. However, the first edition still sold out in six weeks.

Every time I encounter a woman who hasn't read this book, I advise reading it immediately. Women can learn so much from this great Victorian heroine.

This is not to suggest that Jane Eyre didn't have flaws. She continues to call her love interest "master," which is pretty bizarre. She can be semi-subservient to him. She isn't a perfect character, which I love about her, too.

Still, there's much to be learned from the way she chooses to live. Here are some pieces of wisdom that women could learn from "Jane Eyre":

1. You can overcome your past, no matter how bad it is. Jane Eyre is tortured and made miserable as a child by her horrible relatives. I seriously cried through the whole first half of the book at how cruel the people who raised her were. Her cousin, John, is the worst. He constantly reminds her that she's an orphan, the children exclude her from their games, she is punished by being locked in the room that her uncle died in. Jane at first harbors grudges. She confronts her aunt before she leaves for boarding school, and essentially cuts this family out of her life. Who wouldn't? But she learns a lot about letting go when she is sent to boarding school and befriends a sickly girl named Helen. As Helen notes, "“Life appears to me too short to be spent in nursing animosity or registering wrongs.” 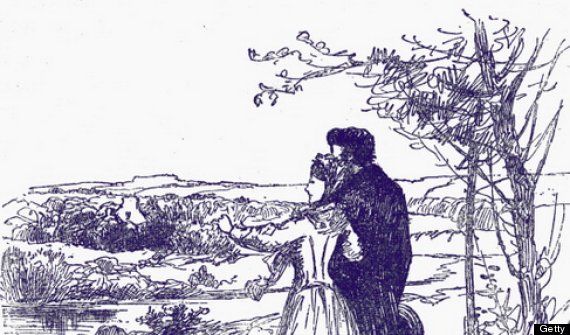 2. “Your will shall decide your destiny.” You can do whatever you want to do. It is up to you, and how much you really want something determines whether or not it will happen. Jane faces so much adversity in her youth. People are constantly mean to her, and she is made to feel very unimportant. But she believes in herself and her ability to overcome. Despite having no family and no money, she still finds a governess job and manages to live well. And you know what? Despite that during most of the book, only bad things are happening to her, she still goes on to live happily ever after.

3. Tell the guy you want to date him already! Jane says, “'...it is madness in all women to let a secret love kindle within them, which, if unreturned and unknown, must devour the life that feeds it; and, if discovered and responded to, must lead, ignis-fatuus-like, into miry wilds whence there is no extrication.'" Secretly crushing on that barista at the coffee shop or the person you see on the subway every day will get you nowhere. Just ask him out. It will be a lot less painful than pining away in silence.

4. Loving and respecting yourself is essential, and is the key to independence. When that naggy inner voice we all have in our heads confronts Jane and asks her who will care for her now that she has left Rochester, she responds with, “I care for myself. The more solitary, the more friendless, the more unsustained I am, the more I will respect myself.” Jane knows that marrying this man, who is already married to another, is wrong, no matter how much she loves him. She has too much love and respect for herself to marry someone who has so misled her (although I know, I know. She DOES marry him later. But by that point, she has had enough time to reflect on and think about the situation thoroughly and come to her own conclusions, rather than let Rochester convince her that marrying would be okay).

5. Be positive. When Jane Eyre was younger, she had a tendency to feel sorry for herself. And she had a lot to feel sorry about! Her life was miserable. But, as she gets older, she begins to see that everything has a silver lining. She learns to be happy despite her past. She even relates that as a child, “Even for me life had its gleams of sunshine.”

6. Don't ever let anyone tell you you can't do something just because you're a woman. Take a look at this awesome passage and let it inspire you. Remember that this was published in 1847! "Women are supposed to be very calm generally: but women feel just as men feel; they need exercise for their faculties, and a field for their efforts, as much as their brothers do; they suffer from too rigid a restraint, to absolute a stagnation, precisely as men would suffer; and it is narrow-minded in their more privileged fellow-creatures to say that they ought to confine themselves to making puddings and knitting stockings, to playing on the piano and embroidering bags. It is thoughtless to condemn them, or laugh at them, if they seek to do more or learn more than custom has pronounced necessary for their sex.” 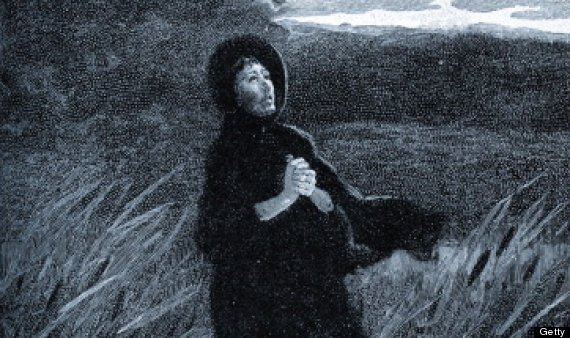 7. You are stronger than you think.Yet another pieces of Helen's wisdom: “Yet it would be your duty to bear it, if you could not avoid it: it is weak and silly to say you cannot bear what it is your fate to be required to bear.” No matter what happens to you, you will find a way to overcome; as humans, we are resilient. We bounce back.

8. "Most true is it that 'beauty is in the eye of the gazer.'" Jane Eyre is not a beautiful woman by conventional standards. Nor is Mr. Rochester a handsome man. Brontë is realistic: life is harder for Jane because she is not attractive. But Brontë is criticizing Victorian culture for putting so much value in beauty. Jane is an amazing person, beautiful or not. This is also a good argument for losing your judgmental streak. You'll be a happier person if you stop caring so much about appearances (which I know is easier said than done).

9. The possibilities for life are endless for those who take risks. Jane notes, “I remembered that the real world was wide, and that a varied field of hopes and fears, of sensations and excitements, awaited those who had the courage to go forth into its expanse, to seek real knowledge of life amidst its perils.” If Jane hadn't been brave, she might have returned to the cruel woman who raised her and never sought anything better for herself.

10. Don't be afraid to speak your mind. Jane Eyre is no shrinking violet. She confronts her evil aunt who mistreated her. She confronts Rochester after finding out he is married to another. On a separate occasion, she turns down another marriage proposal. She is not scared to voice her opinions when necessary. Sometimes confrontation is the key to letting go. It is much better to talk about things than to harbor unspoken resentments. Talking can also obviously heal relationships as well (as in the case with Rochester). 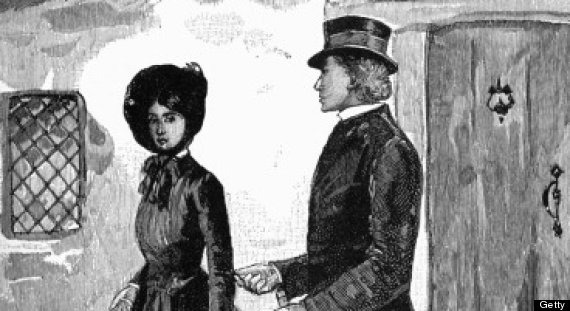 11. If you choose to get married, do so only for love. Jane Eyre is proposed to after she leaves Rochester, and she turns the man down. It is not because she doesn't think he's not a good person or not nice. It's because she doesn't think she should settle for anything less than true love. She'd rather be alone than marry someone who is not her kindred spirit. She states, "...I do not want a stranger--unsympathizing, alien, different from me; I want my kindred: those with whom I have full fellow-feeling."