While many in the film industry are claiming they had no knowledge of Harvey Weinstein’s alleged sexual misconduct, Jane Fonda is admitting that she first heard about the producer’s behavior a year ago, according to The Hollywood Reporter.

Speaking with Christiane Amanpour in an interview set to air on CNN Friday, Fonda expresses regret that she didn’t call him out sooner.

“I found out about Harvey about a year ago, and I’m ashamed that I didn’t say anything back then,” she said.

The “Our Souls At Night” star says she was first made aware of Weinstein’s actions by actress Rosanna Arquette, who detailed an incident of alleged sexual assault at the hands of the producer in a report by The New York Times. According to Arquette, Weinstein invited her to his hotel room one night in the 1990s under the guise of picking up a script for a new role and then forced her hand on his crotch.

NEW: @Janefonda tells me: “I found out about [Harvey Weinstein] about a year ago. And I’m ashamed that I didn’t say anything right then.” pic.twitter.com/i98SJiiUHT

“I only met Harvey when I was old," @Janefonda tells me. "And Harvey goes for young, because that’s more vulnerable.” pic.twitter.com/RbrjxCFU6w

More: @Janefonda says she's "so proud" of those speaking up. “Let’s not think that this is some unique, horrific– this goes on all the time” pic.twitter.com/ahLLCn3LT5

When asked about why she chose to stay silent, Fonda said, “I was not that bold. I guess it hadn’t happened to me, so I didn’t feel it was my place.”

The 79-year-old actress, who revealed she’s only met Weinstein once, explained that she never personally experienced feeling uncomfortable around him.

“I only met Harvey when was old, and Harvey goes for young because that’s more vulnerable,” she surmised.

Despite her previous silence on the matter, Fonda is “glad” the allegations of sexual harassment and assault are finally coming to light.

“I’m so proud of those fellow actors that are speaking up. I know that it has taken a long time,” she said. “It is a very, very, very hard thing to do. You don’t get anything out of it as the person who has been victimized, but it is important that it comes out.”

While abuse of power runs rampant in Hollywood, Fonda also made sure to mention that these actions take place across all industries and to many women, whether they’re famous or not.

“Let’s not think that this is some unique, horrific … This goes on all the time,” she said. “This male entitlement in Hollywood and everywhere — in offices and businesses all over the world, in bars, in restaurants, in stores, women are assaulted, abused, harassed.” 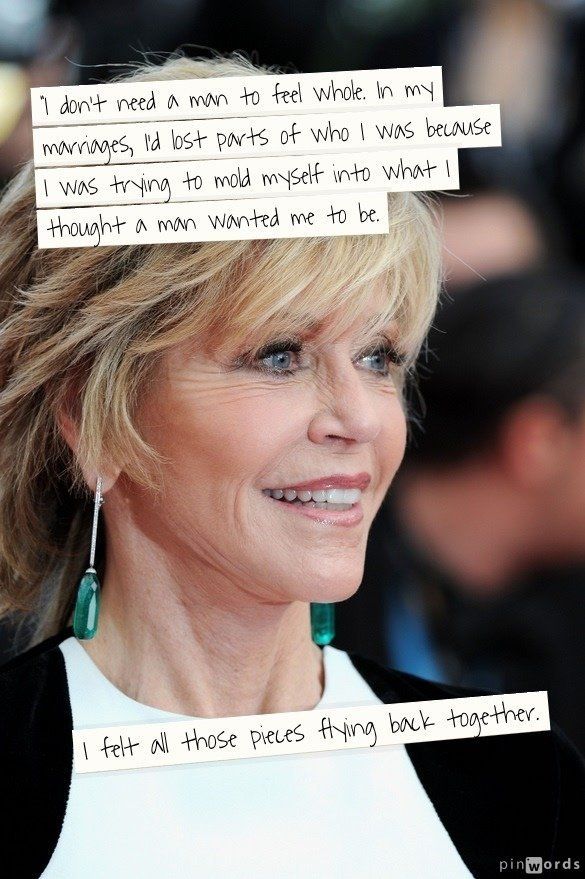