I spent 10 years writing "The Public Life of A Public Woman" and I’m often asked, “What is Jane really like?” Simply put, she is driven, manic, imperious, moody and a workaholic second to none. She is also a risk-taking, rule-breaking woman -- funny, generous and exceedingly vulnerable. In short, she has all the characteristics of a suicide survivor, which makes sense since Jane’s mother, Frances Fonda, killed herself when Jane was only 12.

And believe me, I know about suicide survivors; my brother shot himself in the head when he was only 18 and I was only 20. Six years later my father, Bartley Crum, a San Francisco lawyer who was blacklisted after defending the Hollywood Ten, took an overdose of sleeping pills. I met Jane not long after his death and immediately began seeing her in myself. I too was compulsive, ambitious and detached. Like her I never stopped working, driven by guilt and shame, always hoping to forget my private tragedies. And even though I interviewed Jane for articles many times over the years, it was decades before I told Jane of the ghastly bond we shared.

We were introduced in the 1960s at the Actors Studio, where we were both studying with acting guru Lee Strasberg. I’ll never forget Jane’s entrance: She was wearing a pink Chanel suit and her blonde hair was swept up into a French twist. She had incredible presence and someone whispered, “She carries her own spotlight.” She was Hollywood royalty. Her long, sad face and unblinking eyes reminded me immediately of her father Henry Fonda.

For the next couple of years Jane and I took many classes together, auditioned for the same shows and even dated the same men. We were occasionally invited to Strasberg’s Sunday night suppers, where Chinese takeout was served. I recall washing dishes with Jane and Marilyn Monroe, who got her dress soaked because she refused to wear an apron. That evening Anne Bancroft burst into the kitchen, announcing her engagement to Mel Brooks.

For the next 10 years I performed on Broadway in comedies like "Mary, Mary" while Jane became a film star in Hollywood and Paris, where she married Roger Vadim, who directed her in "Barbarella." In the 1970s I left acting and wrote my first article on Jane for McCall’s just after she was nominated for an Oscar for her searing performance as a suicidal marathon dancer in "They Shoot Horses, Don’t They?" During our interview, she wore faded jeans and a t-shirt and chain-smoked cigarettes. Her hair was cropped short and dyed brown and she didn’t want to talk about the movie; she wanted to explain why she was protesting the Vietnam War.

Forty years went by. We each married three times and I continued to write about her as we kept on transforming ourselves. I published four books, edited magazines and taught writing; Jane reinvented herself, going from an actress to a political activist and finally an exercise queen. Whenever I interviewed her she was funny and quotable, but still pretty impenetrable. I’d think: Is she ever going to open up? Maybe she would if I told her my terrible secret(s). But I didn’t until I decided to write her biography in 2001. When I wrote her to ask if she’d be receptive, she agreed immediately. Nine biographies had been written about her -- all by men -- and they had all been threatened by her. She thought a woman would be less intimidated and much more perceptive. She was also working on her autobiography and suggested I help her go through her voluminous FBI files documenting her intensive antiwar activities.

She then invited me to spend a week at her vast, beautiful ranch outside Santa Fe that Ted Turner had given her as a divorce present. For five days we talked non-stop about sex and politics and movies. But when we began talking about her family, the conversation turned dark. Jane had never been close to her mother, a beautiful woman who favored Jane’s younger brother Peter. When Jane was 11, her father fell in love with another woman. “Mother was shattered,” Jane said matter-of-factly. “She had a nervous breakdown and when Dad asked for a divorce, she couldn’t take it.” She smuggled a razor into the psychiatric hospital and slit her throat. Jane and Peter were told she died of a heart attack. “We were lied to. It was awful,” said Jane, her face a mask.

The suicide was the crucial event in Jane’s life; it haunted her but also galvanized her. “I’m a suicide survivor,” she admitted. “Suicide survivors are workaholics, people raging, mourning, grieving. The pain never leaves, but you have to get on with it.” That was my cue to tell her finally that my brother and father had killed themselves. At first Jane didn’t react. She just stared at me. After a long while she said softly, “Then you understand, don’t you?” I nodded. It was as if a door had been unlocked, and from then on thoughts and memories poured out of her. She admitted that her father was never able to comfort her. After the suicide he became colder and more remote. He married three more women. Still Henry Fonda remained the most important person in Jane’s life. “I absolutely adored him,” she said. “Everything I’ve done in my life was to make him proud of me.” But he never praised her, even after her triumphs in 41 movies and two Oscars. She went on to tell me that her three husbands -- Vadim, peace activist Tom Hayden and media mogul Ted Turner -- were variations of her father -- “cold, demanding, remote, oh, and controlling too. It was a habit I couldn’t break.”

I took a long time finishing my biography of Jane. During that time we were in constant contact. When my third husband died, Jane was there for me. When she opened on Broadway in "33 Variations" in 2008, I was backstage. On other occasions I listened to her vent about her various romances. She was always searching for love (aren’t we all?) and romantic and impulsive about men. She met one lover—Lyndon Gillis—at a book signing. He bore an eerie resemblance to Henry Fonda. They exchanged cards; she lost his, so the next time she was on David Letterman, she asked, “Will the man who gave me his card call my office? I want to see him!” They were together for two years.

Now Jane has moved to Los Angeles to be with record producer Richard Perry; they are inseparable. He is gentle and considerate and not at all controlling. But Jane vows she will never remarry. Today at 74 she seems to be more at peace with herself. She’s less driven—she practices yoga and raises money for various causes like Women’s Media, an organization devoted to making women visible and powerful in the media, which she co-founded with feminists Gloria Steinem and Robin Morgan.

Since my biography was published in August 2011, Jane and I continue to keep in touch by email; we lunch occasionally when she is in New York. During a recent conversion I asked her how to make the most of our lives now. “Keep active, walk, stretch, lift weights, I mean it! Eat healthy well-balanced meals. And you must keep your brain active too; try to learn a new language, develop a new skill. Go to a cooking class or an arts workshop. Never, ever think of retiring! Life is so rich and has so much to offer. Travel, read, listen to music. Collect new and younger friends. Be adventurous.”

As I listened, I wanted a camera. She looked so terrific, trim, and graceful. Long ago, she decided she wanted to have a perfect body. She started taking ballet in her twenties, attending classes even when she was shooting a movie, and rising at 4 am to do so. She switched to aerobics in her forties and became the workout queen. Today her gorgeous, amazing body defines her. As America’s premiere exercise guru, her body is perhaps her most remarkable act of self-recreation; she’s a feminist exemplar—in fitness there is freedom.

However, there will always be many Janes. The one she tried to keep hidden from me is the one I am connected with the most—the vulnerable Jane, the suicide survivor Jane, the little girl lost—the Jane who rationalizes and deludes herself as I do and in spite of everything wants to make a difference in the world.

Patricia Bosworth is a contributing editor for Vanity Fair and co-chair of the Biography Seminar at NYU. She has written biographies of Montgomery Clift, Diane Arbus, and Marlon Brando and has published frequently in The New York Times, Esquire, The Nation among others. This story originally appeared in NYCityWoman.com.

The Proof Is In The Puddin’ 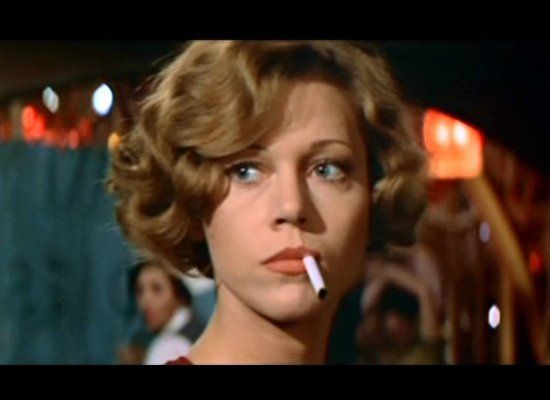