Jane Fonda opens up about therapy, the wounded patriarchy, yoga for mindfulness and her advice to all women. The following is an excerpt from ORIGIN Magazine.

Maranda Pleasant: What is it that inspires you the most as a human being?

Jane Fonda: I am blessed beyond reason with women friends. One of them is Eve Ensler, who wrote The Vagina Monologues and has a new play on Broadway called Emotional Creature. I’m on her board and I’ve known her for twelve years. When I am with her or Pat Mitchell or some of the others, it’s like I have a little rocket put under me and I kind of orbit. They put starch in my spine. Every time I’m with them it’s an a-ha experience. And I cry a lot.

MP: What is it that makes you the most deeply vulnerable?

JF: When things are going bad with my daughter.

MP: How do you process pain when it comes in?

MP: Is there a particular type of meditation that you practice?

MP: What is the love of your life?

MP: What is it that you know for sure in this life? 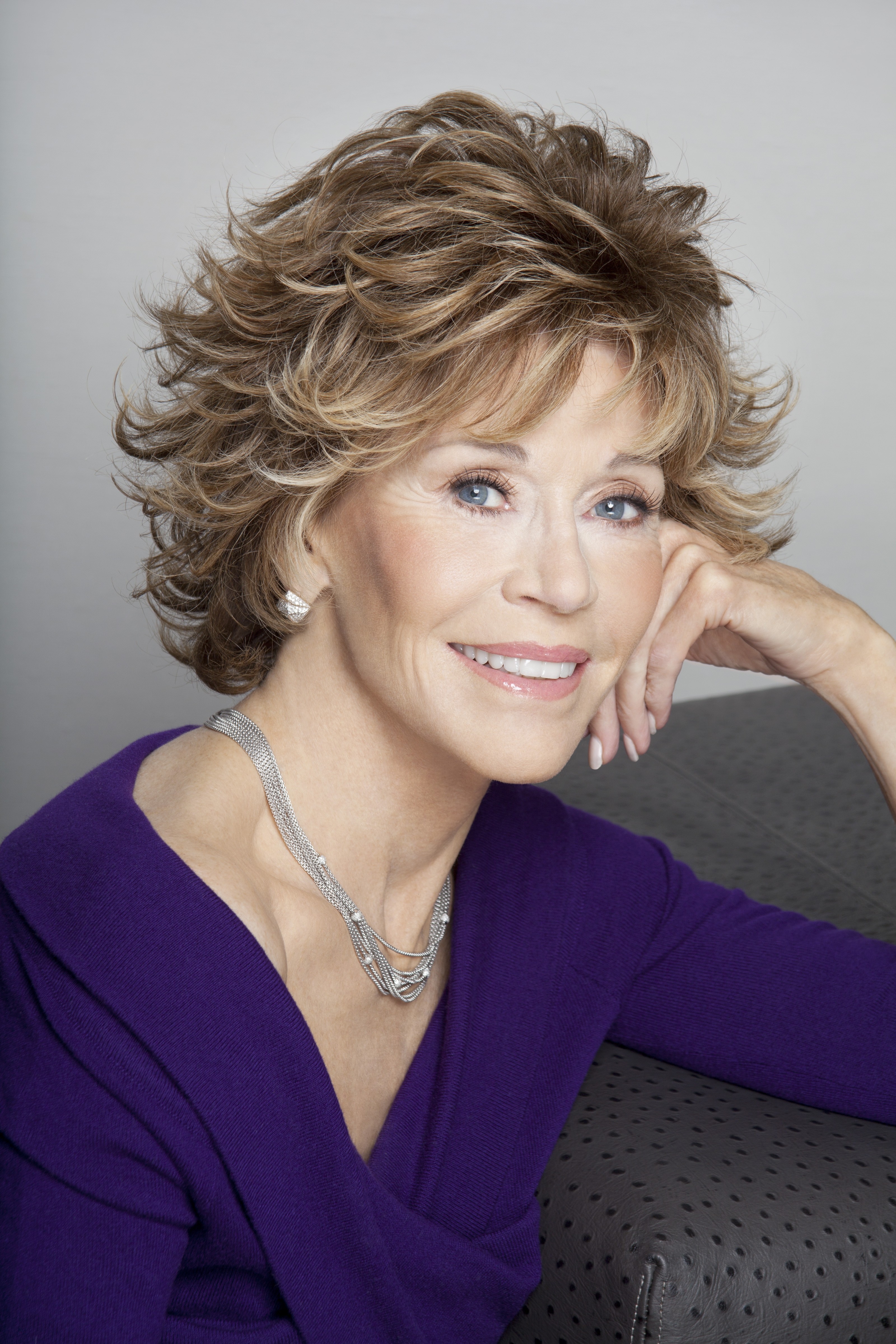 MP: Now you’re going to make me cry. Do you think it’s wiser to be wild in passion or calculated in expression?

MP: What are some of the principles that guide your life?

JF: It’s better to be interested than interesting. It’s never too late. And do unto others as you would have others do unto you.

MP: What are some of your daily habits that help you stay centered?

JF: Well, rituals are important. I get up. I take the dogs on a walk around to the front and then I pick up the papers. Then I walk around to the front door, then me and the two dogs come in the house and I give them treats. I make coffee. It’s the regularity of these kinds of rituals that I find deeply satisfying. Preferably alone, I eat breakfast (which is my favorite meal), and I read the paper. I love that routine. I read three papers, actually.

MP: If you could say something to women now, what would that be?

JF: Seek supportive, strong women mentors. Oftentimes you can find them by watching the TED conference for women, which is called TEDx. Seek women mentors. If you’re a businesswoman, look at the TEDx conferences. There’s a lot of businesswomen that speak on there. I find them extremely inspiring.

MP: What are some of your most cherished accomplishments?

JF: Through therapy and a lot of thinking and writing my memoirs, I’ve been able to use my life as a lesson. I am able to talk about my life in a way that helps other women -- and men, but mostly women -- understand their own life. I feel real proud of that. And then the fact that my children are okay. You know, you’re only as happy as your least happy child. So if your kids aren’t okay, you’re not good.

MP: That’s why I only had one! What are some of the causes or things happening on the planet that you are most passionate about or most concerned about?

JF: There are three areas that I focus on. One is stopping violence against women, and I do that through the organization V Day, which I sit on the board of along with a host of totally amazing women. Many of whom, by the way, are businesswomen: Sheryl Sandberg, Pat Mitchell, Carol Black. A lot of really powerful, feminist, successful businesswomen. Eve Ensler founded the organization. It grew out of The Vagina Monologues and became a global organization that’s raised over $90 million to stop violence against women globally. I do my feminist work with that organization.

Eight years ago, I co-founded (with Gloria Steinem and Robin Morgan) Women’s Media Center, which is an effort to try to make women’s voices heard in the world. Women don’t make the decisions in the media. Even if you see women on camera, they have to answer to the person upstairs, which is mostly men. Women only hold 3% of the decision-making offices in the media. We’re trying to help women’s voices be heard. Magazines, books, novels, TV, internet, movies -- all of those things is what creates our consciousness. And if women don’t have an equal voice -- the news is not gender-neutral, but it’s usually reported as though it’s gender-neutral. But a lot of things affect women differently than men, and women get left out. So that’s another focus of mine.

In the state of Georgia, where I lived for 20 years, I have two nonprofits that work with adolescents. Mostly the focus is on reproductive health and sexuality, but also healthy relationships. These are very disadvantaged teenagers. Adolescence is a stage of human development that I’m very interested in.

MP: I think when women start taking their own voice back and start demanding more -- I think that males always respond to that, and we need to really understand how powerful we are.

JF: I think what’s happening in the world -- there’s nothing more dangerous than a wounded beast, and the patriarchy is wounded. Women are rising. And I think that’s all the violence and war -- it could be the last gasp of the patriarchy, actually. 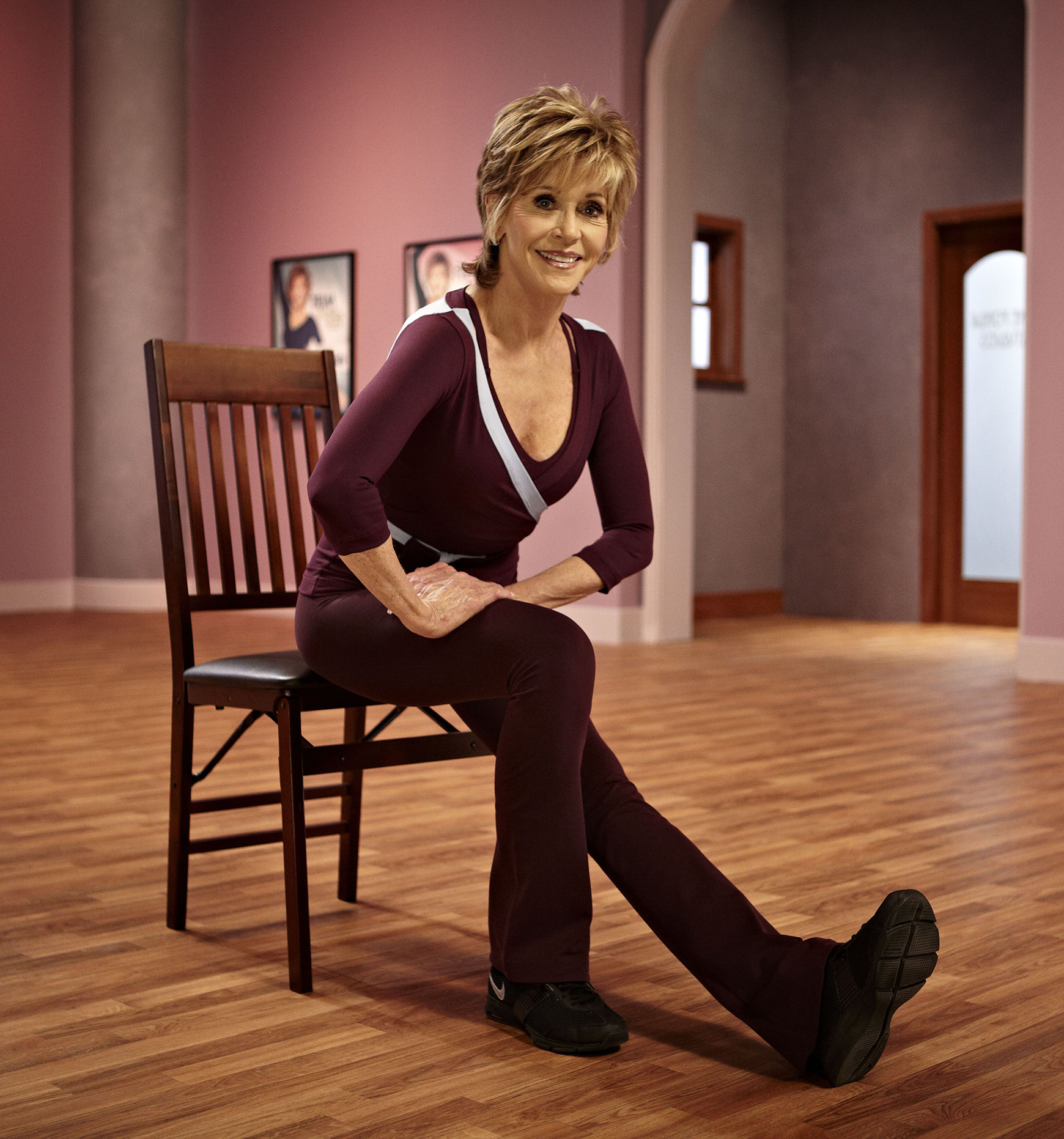 MP: I want to talk about this new DVD. You’re going to be 75 and you’re releasing a yoga/Pilates DVD.

JF: Physical fitness is a three-legged stool: strength, aerobic capacity, and flexibility. I left the workout business for 15 years, but when I was researching and writing my last book called

But then I thought, how to get people active when they’ve never worked out or they’re older or they can’t do what they used to do? People then tend to say, “If I can’t do what I used to do, well then I don’t want to do anything.”

All the DVDs that are out there are for younger people that can turn themselves into pretzels like I used to be able to. I thought, who better than me to get back in? I think I’ve done five under the new brand Jane Fonda’s Primetime Workout. They are for Baby Boomers and older, and people who have never worked out, even if they’re younger. Everything is slower, it’s easier. It’s very, very safe, and yet it gets everything going.

MP: When did this start? When did you start practicing?

JF: Yoga? In the mid-‘90s. As is my way, when I start something that I’ve put off doing, I always start with the hardest form. So I started with Ashtanga. I was married to Ted Turner at the time and we traveled around all the time, so somebody told me about this teacher, and she was fantastic. She just traveled with me for maybe four months. Every single day, we would do Ashtanga, and she would teach me.

I had never done yoga. This was the most extraordinary way to do it, because I really learned everything that I needed to know. For four years, I did Ashtanga. Until I began to dread it, because it’s really hard! Then I went to Iyengar. And now, I don’t know what the name of this would be. I’ve had a knee replacement and a hip replacement, and pretty intensive back surgery in March -- in fact, two days after I finished my DVD. I used to be very, very flexible, and I still am given my age, but I can’t do the lotus position and things like that anymore.

I think that what I can do and what I did is something that most people can do without fearing getting hurt. 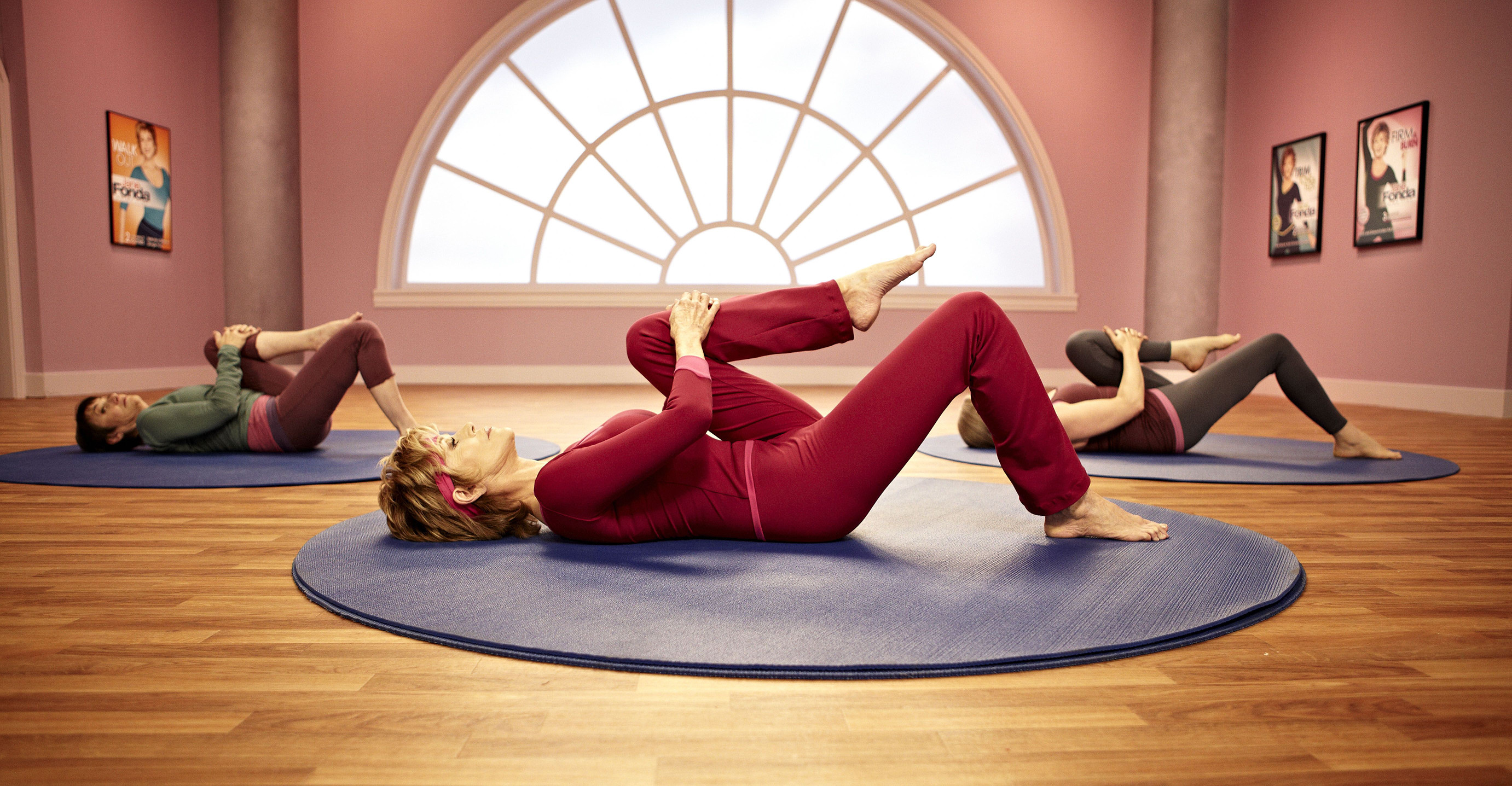 MP: When you practice, do you notice not just the physical effects, but is your mind clear?

JF: Well, that’s the goal. You can do yoga and be thinking about going shopping. The goal is kind of like meditation, is to be totally present in your body in the moment. That’s when the most profound effects of yoga can happen. That’s what I urge people to try to do. It’s very important to be in your body.