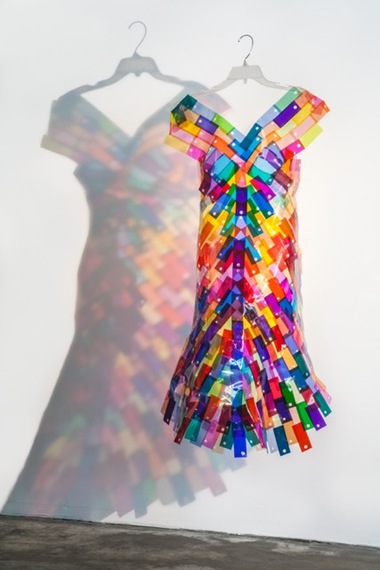 Jane Szabo's conceptualist photographic project, Reconstructing Self, is a work of self-portraiture, executed along a cumulative, expanding allegorical framework in which her handmade sculptural objects -- famously, stylish and cheeky couture povera dresses made from unconventional domestic and industrial materials -- perform as stand-ins for aspects of herself across territories of mind, body, emotion, politics, imagination, and humor. The artist herself remains their subjects, even though she does not appear in the images. In her prior project Sense of Self, where she does appear (notably, she has never been photographed wearing any of her constructed garments), it is not about any common understanding of her likeness, but rather because a given idea (such as a serial story in which the artist is understood to be the constructor and destroyer of an allegorical and literal grid framework through which she moves, central but elusive) might require an actor as well as an act of mis-en-scene.

Jane Szabo: Sense of Self: Grid the Dress 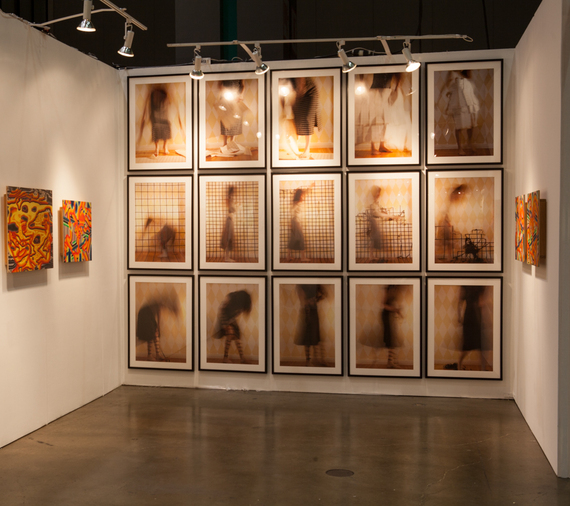 And that is what sets Szabo's self-described conceptual photography apart from other artists who have used idioms of alternative mediums or gestural fashion in their explorations of how identity is constructed. Her skilled illusionistic and delightfully innovative craftsmanship is a means to an end: getting the shot. She takes the fabrication and materials-driven part of her process seriously -- but it's secondary, in service to the main narrative, which is a broader, and also quite personal, investigation of how people, especially women, construct their identity in modern society. It's a story she is telling in serial photographs through interwoven bodies of work. Do not expect to see dresses. Anyway, there are no dresses, not really. They are made to be ephemeral, unprecious, and are periodically destroyed outright. 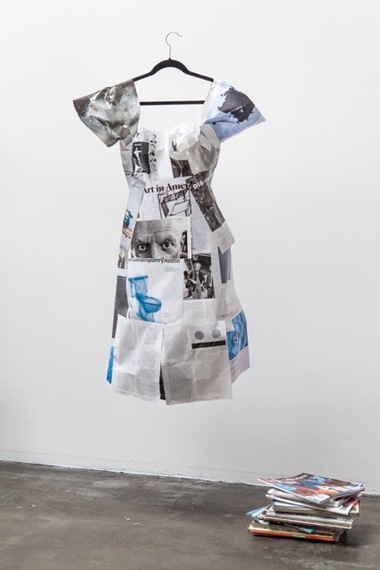 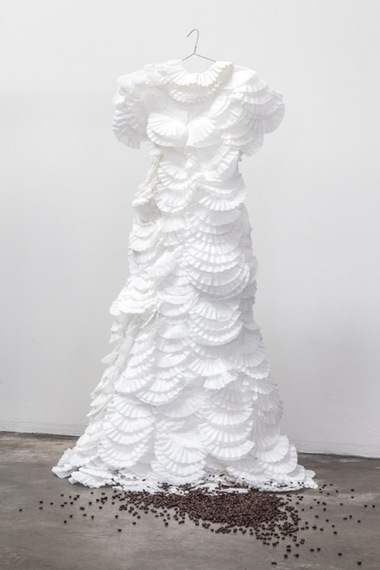 Using a random but resonant array of stuff -- coffee filters, road maps, vintage sewing patterns, newspaper crosswords, impossibly sexy red cellophane, x-ray film strips, the glossy pages of art magazines, color-chip decks, shredded tax receipts, tin foil, playing cards, wallpaper -- Szabo takes great pleasure in the materialist aspect of what she does, from the discovery of unlikely inspiration to the practical matter of designing fashions that will look good on camera. But ultimately, Szabo works in photographic terms because it gives her control over the audience's encounter with the work, and generates the throughline of a visual gestalt. In person, the tactility of her materials becomes not an augmentation of the story, but in fact a distraction from it. "But for some reason," muses Szabo, "people are not willing to let go of the idea that the work is the garments and the photos their documentation. But in fact they are props, a bit like sets for still life paintings. No one expects to see actual trays of fruit and dead waterfowl in a museum!" She's right of course; if these were paintings, no one would ask where the dresses were. 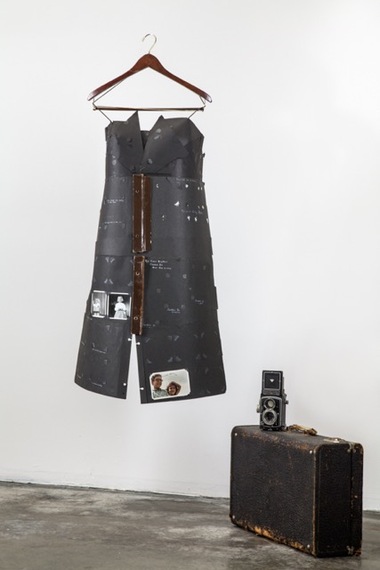 That said, that dynamic of desire, projection, tragic fragility, and ultimate unapproachability is a salient source of the images' power. Clothing is one very powerful way we construct our identities, for mostly public consumption. Like the best fashion editorials, it's easy to imagine one's body in the dresses. The inclusion of shoes and raw source or related materials (coffee beans, paper plates, stacks of magazines) is a nod to this, yet also highlights the absence of that body, working with the same conceptual language of metaphorical storytelling and symbolism that animates them as portraiture. 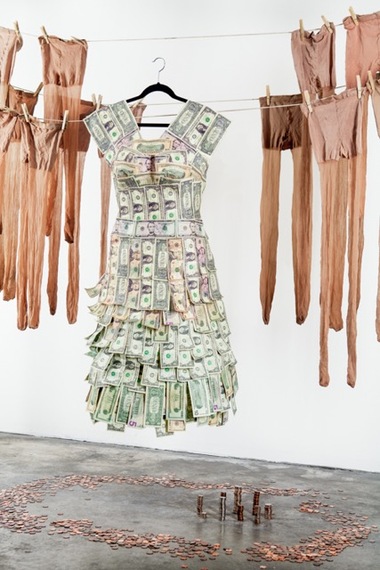 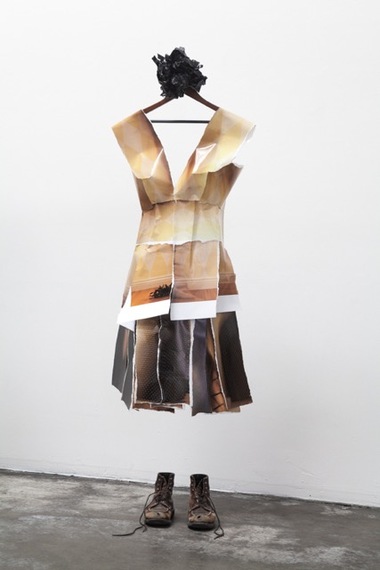 Reconstructing Self opens at MOAH Lancaster on May 7, as part of the "Artist as Subject" group of exhibitions.