One of the great things about attending a great writer's conference is that you get to bask in the glow, and imbibe the wisdom of, great writers. The New England Society for Children's Book Writers and Illustrators Conference was just such a conference. For anyone who loves writers, writing, books, and/or wants to be a writer of books, to be in the company of great thinkers and writers who are willing and able to articulate some of the truths that they have uncovered along the way is like being invited backstage at a convention for wizards, gods and goddesses. Since this was our first SCBWI where we were going to present, we were a little nervous. But everyone was so welcoming, kind and nice. And one of the true gems of our time at the conference was getting to listen to Jane Yolen talk about writing, books and never giving up.

The Book Doctors: Let's start at the very beginning: how the heck did you get into the crazy business of writing books for kids? 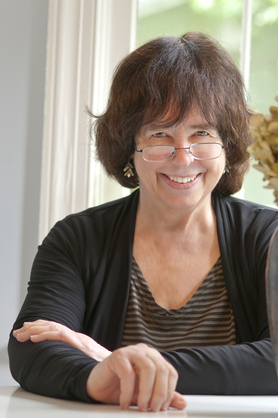 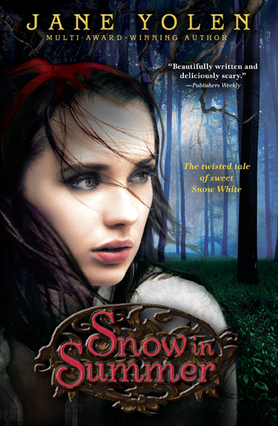 Jane Yolen: I began as a journalist for my pocketbook and a poet for my soul. Turns out I was a lousy journalist, so began working for (in order) Newsweek (research department), This Week magazine (researching facts checking), Saturday Review (in the production department,) Gold Medal Paperback Books (an Associate Editor go-fer and first reader).

Took a children's book writing course, sold a nonfiction book for middle grades on women pirates and a rhymed concept picture book both to David McKay & Co, and they came out in 1963. The rest is history.

So in order to make a living, I worked for a children's book packager for a year, then Knopf as Asst. Children's Book editor for three and a half years, selling six more books to Macmillan, Seabury, and Funk & Wagnalls children's books departments, went to Europe in a VW bus with my husband for almost a year (well, it WAS the 60's after all!). Came home eight months pregnant, moved to Mass. and was a freelance writer for real after that.

TBD: You seem so unbelievably prolific, how do you find the time to do everything you're doing?

JY: I love my work, have always been able to lose myself in stories and poems, and have been incredibly lucky as well.

TBD: Do you find there are difficulties with producing so much work?

JY: Of course. No one publisher sees me as "their" author, which means I often get short shrift in the promotion department. Also, it's hard to sustain a body of work that's spread about so widely and wildly dissimilar. When you realize my best selling books are Owl Moon, the How Do Dinosaur books, and Devil's Arithmetic, how can the public make sense of that! I have fans who think I only write picture books or only write SF and fantasy. I have fanatics of my poetry and are stunned to find out I write prose, too!

TBD: In your incredibly inspirational keynote speech at the annual New England Society for Childrens Writers and Book Illustrators, you mentioned that, despite having won so many awards and published so many books, you sometimes will get five rejection letters in a day. I found that strangely and incredibly comforting. How do you deal with rejection?

JY: Knowing that an editor is not rejecting me but is rejecting the work, helps. Remembering that Owl Moon was turned down by five editors, that Sleeping Ugly was turned down by thirteen, and they are both still in print 25 plus years later. Knowing that Madeleine L'Engle's A Wrinkle in Time was turned down by 29 publishers and then won the Newbery. That Dr. Seuss's To Think I Saw It on Mulberry Street by even more publishers and almost 50 years later is still a bestseller also helps. And, as my late husband used to remind me, it's harder to sell a great book to a publisher than a good one.

TBD: What you think are the keys to writing a successful picture book?

TBD: How you go about promoting and marketing your books?

JY: I speak at conferences, do library readings, am loudly on FaceBook and Twitter, work with SCBWI, do interviews with anyone who asks (!), have Susan Raab as a publicist, write essays for places like Huffington Post, send a poem a day to 400+ subscribers, etc etc. Just like everyone else, I scramble. At 75 my scrambling is a bit slower than it's been before, but it doesn't stop me as much as it should!

TBD: Does being a poet influence your writing, both in picture books, and in longer works of prose?

JY: Absolutely. In picture books, it helps with the lyricism and compression that is so much a part of good picture book writing. But it is also a hallmark of my novel writing as well. I read everything aloud, novels as well as picture books. I believe the eye and ear are different listeners. So as writers, we have to please both.

TBD: What is the editing process like when you're working on a picture book?

Reading it aloud over and over. Reading it to my critique group and listening to what they say. Showing it to my daughter Heidi Stemple who is a fabulous (and thorough-going) editor with great judgment. (As I used to show it to my husband when he was alive.) Trusting them and my agent to be honest with me.

JY: Join SCBWI, the best money you will ever spend. Don't be afraid to go to conferences,critique groups, have a beta reader (or several), but in the end trust your own judgment. Read what's out there, then read and read some more to get a sense of how your work runs with or exceeds the pack. Don't ever write just for a trend or fad because it's a moving target and by the time you get your work out there, the trend or fad is gone. Dig deep, don't be afraid to write fiercely, expose your heart. Also while you must remember publishing is a business and has to make money to stay in business, that shouldn't be your motivation. Writing the book in your heart should be. But still you need to go armored into the publishing world, understand it, not be overwhelmed by it. Consider the editor your voice at the company while always being aware that she is also EMPLOYED by the company. It's a tightrope for them. Don't expect they will necessarily be on your side in every battle, even as they publish you. Don't treat the editor as an adversary, but also don't expect her to be your best friend. When doing business, put on your shark hat. When writing, put on your storytelling hat.

AND DON'T FORGET TO HAVE FUN AND TELL GREAT STORIES.

Jane Yolen, often called "the Hans Christian Andersen of America," is the author of over 360 books, including OWL MOON, THE DEVIL'S ARITHMETIC, and HOW DO DINOSAURS SAY GOODNIGHT. The books range from rhymed picture books and baby board books, through middle grade fiction, poetry collections, nonfiction, and up to novels and story collections for young adults and adults.

A graduate of Smith College, with a Masters in Education from the University of Massachusetts, she teaches workshops, encourages new writers, lectures around the world. Her books and stories have won an assortment of awards--two Nebulas, a World Fantasy Award, a Caldecott Medal, the Golden Kite Award, three Mythopoeic awards, two Christopher Medals, a nomination for the National Book Award, and the Jewish Book Award, among many others. She is also the winner (for body of work) of the Kerlan Award, the World Fantasy Assn. Lifetime Achievement Award, Science Fiction Poetry Association Grand Master Award, the Catholic Library's Regina Medal, the du Grummond Medal, and the Smith College Medal. She was the first woman to give the St Andrews University's Andrew Lang lecture since the lecture series was started in 1927. Six colleges and universities have given her honorary doctorates. Also worthy of note, her Skylark Award--given by NESFA, the New England Science Fiction Association, set her good coat on fire. If you need to know more about her, visit her at jane.yolen.com.

Arielle Eckstut and David Henry Sterry are co-founders of The Book Doctors, a company that has helped countless authors get their books published. They are also co-authors of The Essential Guide to Getting Your Book Published: How To Write It, Sell It, and Market It... Successfully (Workman, 2010). Arielle Eckstut has been a literary agent for 20 years at The Levine Greenberg Literary Agency. She is also the author of eight books and co-founder of the iconic brand, LittleMissMatched. David Henry Sterry is the best-selling author of 16 books, on a wide variety of subject including memoir, sports, YA fiction and reference. His books been translated into 10 languages, and he's been featured on the front cover of the Sunday New York Times Book Review. They have taught their workshop on how to get published everywhere from Stanford University to Smith College. They have appeared everywhere from The New York Times to NPR's Morning Edition to USA Today. Twitter: @thebookdoctors