Janelle Monáe and Maxwell have joined the list of guest performers at Saturday’s Women’s March on Washington.

The event, which is scheduled to take place in Washington, D.C., is aimed to “send a message to all levels of government and the incoming administration” to protect the rights of women and their communities, according to event organizers.

For Monáe, incorporating music into the march will serve as a powerful tool to amplify the event’s overall message.

“I am honored to join this critical movement to bring justice and equality to all,” she said in a press release for the event. “Music has always been a powerful tool for galvanizing unity and I believe that by singing and standing together, our voices will be stronger than any force that tries to repress us.”

Maxwell expressed his thoughts on the importance of women’s contributions to society.

“We are here because women are every bit as capable if not more able to pursue any goal they set forth for themselves. Were it not for the limitless depths of their love we would not be the men that we are,” he said.

The march has also garnered the attention of celebrity supporters including Beyonce, Amy Schumer, Katy Perry, and America Ferrera to name a few.

Legendary hip hop MC Rakim and Questlove will be among the 150-plus artists who will participate in the march’s supportive Artist Table; Grammy Award-winning singer-activist Angelique Kidjo, Samantha Ronson, MC Lyte, and  Beverly Bond are also expected to perform.

For more information on how to get involved with the Women’s March on Washington click here. 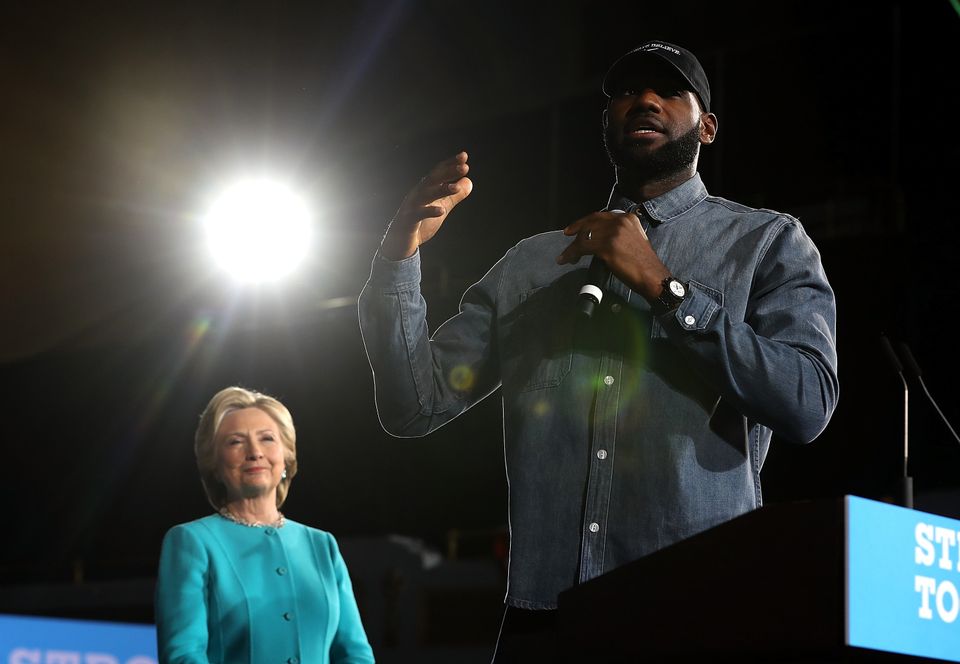 1 / 22
LeBron James
"When I look at this year&rsquo;s presidential race, it&rsquo;s clear which candidate believes the same thing. Only one person running truly understands the struggles of an Akron child born into poverty. And when I think about the kinds of policies and ideas the kids in my foundation need from our government, the choice is clear. That candidate is<a href="http://www.businessinsider.com/lebron-james-endorses-hillary-clinton-president-2016-9" target="_blank"> </a>Hillary Clinton." (<a href="http://www.businessinsider.com/lebron-james-why-endorsing-hillary-clinton-for-president-2016-9" target="_blank">Business Insider</a>)
Justin Sullivan via Getty Images