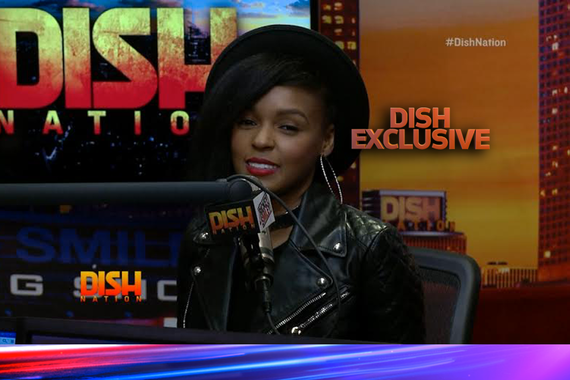 Janelle Monáe and the first artist to come out on her Wonderland Records label, Jidenna, dropped by the Dish Nation studios in Atlanta where she opened up about shutting down a Twitter troll last month, and why she did it.

It's the first time Janelle has spoken out about the incident, in which someone online gave her crap for her menswear style on the red carpets, and she famously tweeted back, "Sit down. I'm not for mass consumption."

Janelle exclusively told Dish how she felt about it.

I think the thing that we struggle with as women, is this constant notion that what we do it always to catch male attention and to be adored by men or to be sexy...

When I make a decision to show my skin or wear a suit it's because I'm saying I'm a woman, I'm in control of my body, I'm owning what it is that I want to do, and I want to be respected. Don't get it twisted.

For more on the "Tightrope" singer, her collaboration with Jidenna and why she's always dressed in black and white, check out the full interview with Dish Nation here.