Photographer Janos Stekovics met identical twins János and István Lukács in 1985. At the time, they were in their sixties. The two have since passed away, one in 2005 and the other in 2007. However, in the final phase of their lives, Stekovics chronicled the daily lives of these brothers and friends working together on the Hungarian countryside, living in the same house they'd inhabited all of their lives. 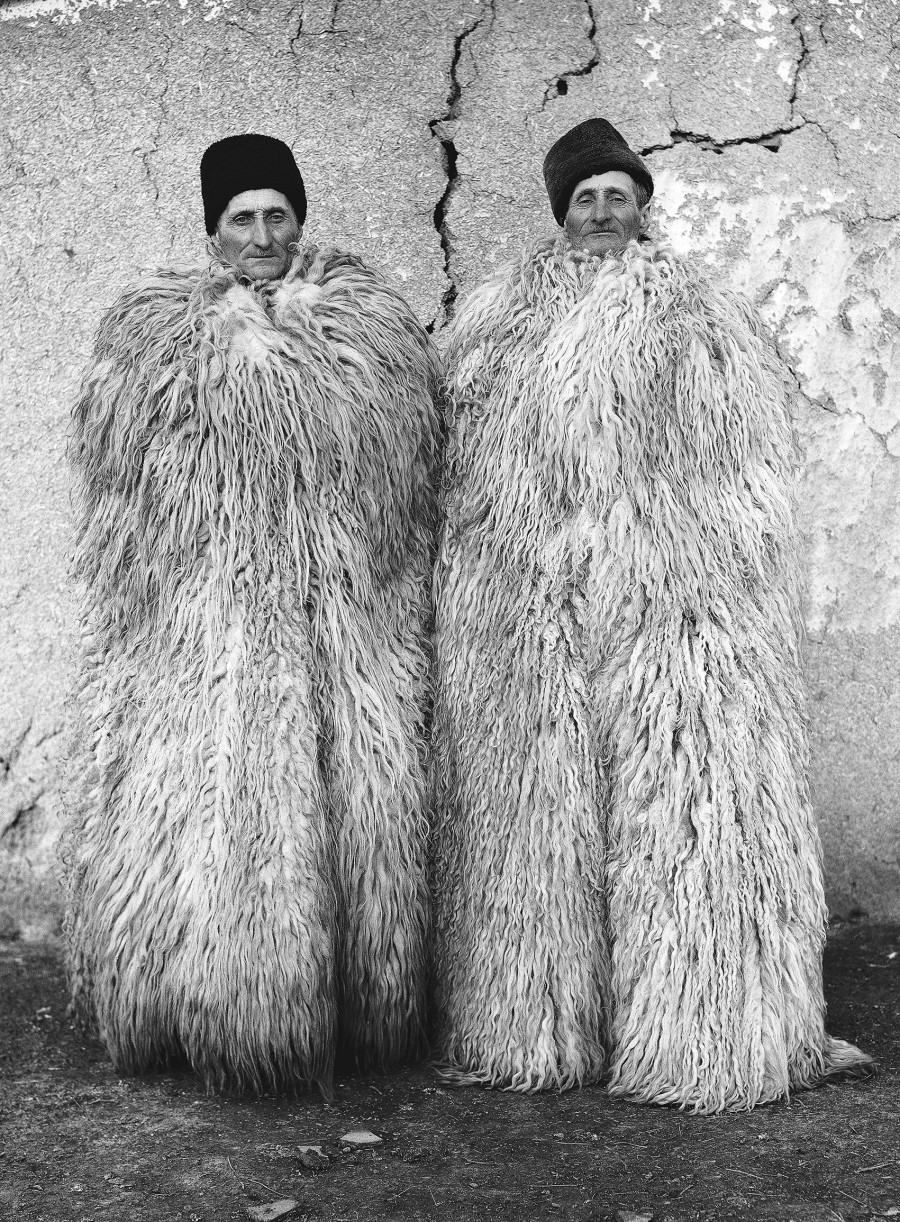 Stekovics followed along while the Lukács brothers accomplished their daily tasks. They'd wake up at four in the morning, tend to the animals until noon when they'd eat a lunch of bacon and bread, and continue working until dinner. They slept in a farmhouse built by their parents, with clay walls and kerosine lamps. Sometimes it got so cold the two slept in hay beds in the barn with the horses.

Stekovics developed a deep reverence and fondness for these brothers of another time, often photographed in matching ensembles from jeans and boots to humongous fur coats. Despite their identical appearances and predilection for wonderfully complimentary poses, the two maintained distinct personalities. As Feature Shoot explained: "Where István was more gregarious, János was more of the silent and stoic type; István preferred to keep the house, and János cared mostly for the animals. Neither ever married."

The beautiful series, simply titled "The Twins," captures the simple and poignant days of two men in the Hungarian countryside. An ode to farm life and familial love.