January Jones and Jason Sudeikis have been stepping out together for weeks and attended the Emmys together, but she claims he still hasn't gotten her clothes off.

"He's never seen me naked, nor will he after those comments," January told People at the Emmys.

She was referring to comments Jason made last week on 'Lopez Tonight' (scroll down to watch).

January and Jason were snapped together at a pre-Emmys party on Saturday. Here they are at the Emmys on Sunday, where they sat next to each other in the front row. 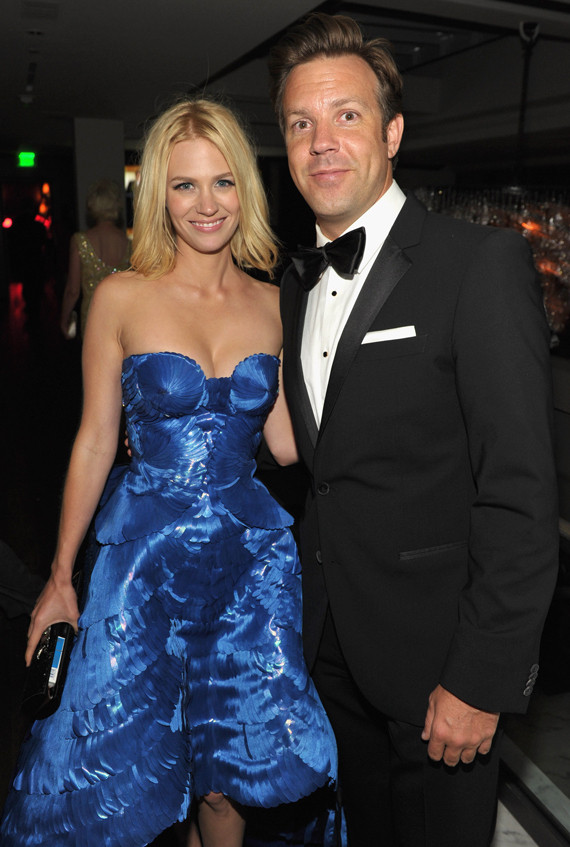