Surprise, surprise! After months of stepping out to events exclusively in Versace, January Jones is in the fashion house's next campaign, WWD reports.

Rumor has it that the "Mad Men" star will be the face of Versace's spring campaign in ads photographed by Mario Testino. But Versace would only confirm to WWD that Jones is somewhere in the campaign.

We're glad Donatella didn't harbor any hard feelings after Jones reportedly held up her Spring/Summer 2011 show by 45 minutes. The actress told WWD at the time that she was stuck in traffic "for like an hour."

January wearing Versace at the Versace show in question: 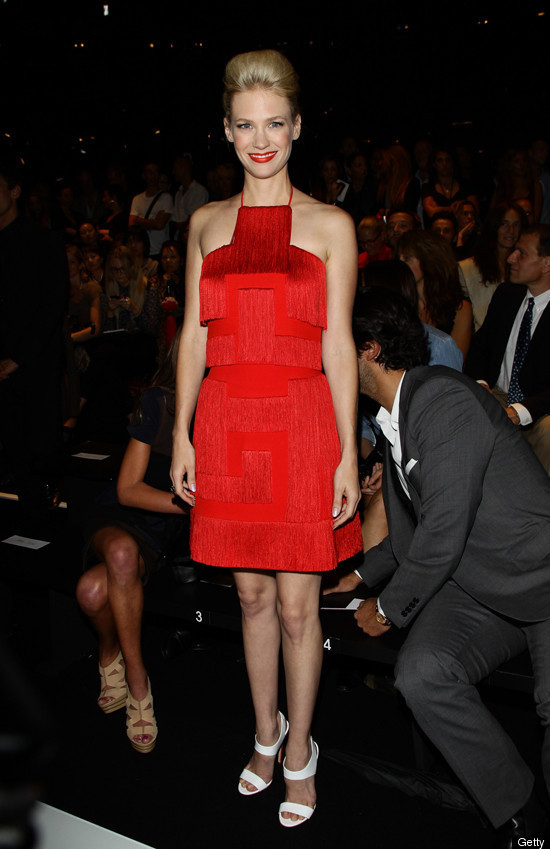