January Jones is now a proud mama -- the bombshell gave birth to a baby boy, Xander Dane Jones, on Tuesday, according to People.

Jones first announced her pregnancy in April, surprising fans and mysteriously not mentioning the father of the baby.

"She's really looking forward to this new chapter in her life as a single mom,” a source told PEOPLE at the time of her pregnancy announcement.

In January, the “Mad Men” actress split from “Saturday Night Live” star Jason Sudeikis, who dodged questions about Jones' pregnancy while at the White House Correspondents’ Association Dinner in May.

"I'd rather -- yes but no," he told the Washington Post when their interview shifted from his career to Jones' unborn baby.

Stories also circulated that Matthew Vaughn -- “X-Men: First Class” director and husband to Claudia Schiffer -- might be the father, but Vaughn’s lawyers called the rumor an “absolute lie.”

Though she has continued to remain mum on the baby daddy subject and has avoided red carpets throughout the majority of her pregnancy, she’s been spotted heading to yoga classes, snacking on ice cream and running errands.

As for her character on “Mad Men,” show creator Matthew Weiner won’t divulge whether or not Jones’ real-life pregnancy will be written into the show’s fifth season.

"I have to do something about it, but I'm not going to tell," he told E! Online in June. "It could be laundry baskets or it could be a body double. There are a million things you can do."

Check out photos of Jones’ growing baby bump below! 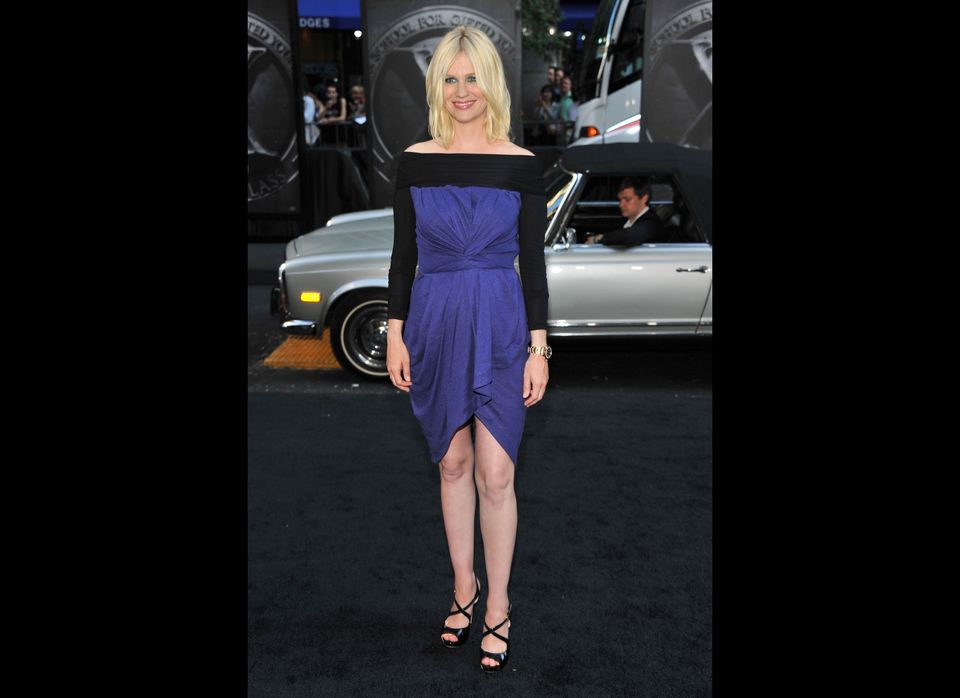