It's cherry blossom season in Japan, and the scenery is absolutely breathtaking.

Traditionally known as hanami, the time to appreciate the flowering trees usually begins in late March and ends in early May. Each blossom lasts for only one or two weeks.

The Japanese have celebrated the pink and white flowers as a symbol of springtime rebirth for centuries. While people flock to see cherry trees in many places around the world today, millions of families, friends, tourists and photographers head out to Japan's parks and gardens to drink sake beneath the ephemeral blooms and host picnics and parties that last into the night.

Last year, hanami drew an unprecedented 19.7 million overseas tourists to Japan. Tokyo boasts some of the nation's most extraordinary cherry blossom sites, including the popular Ueno Park, which has some 1,200 trees in bloom.

Check out these stunning photographs that will make you want to plan a visit to Japan next spring! 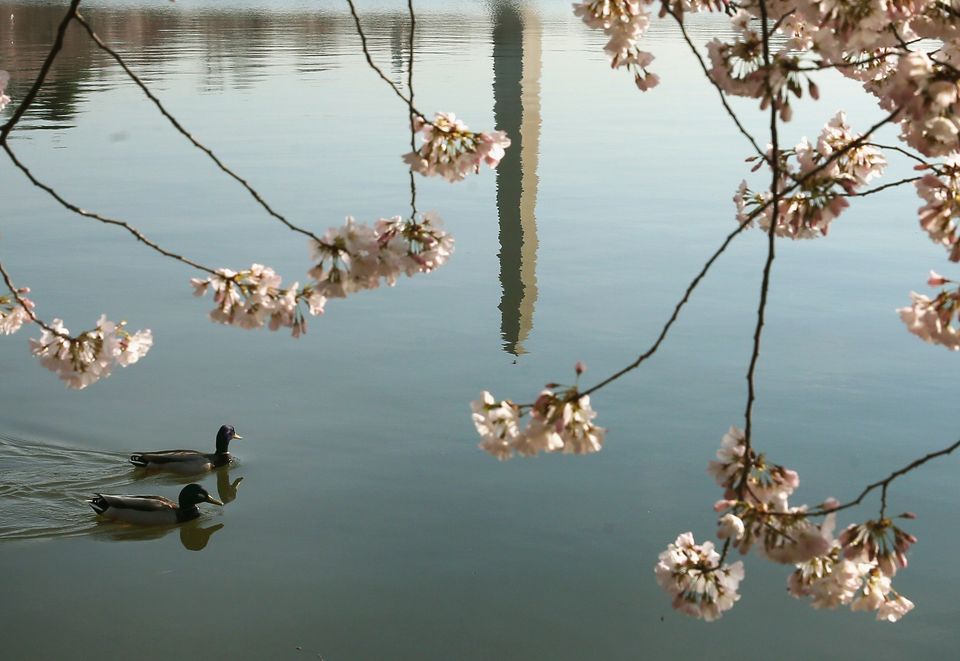 1 / 26
Two ducks paddle by in Tidal Basin where the Cherry Blossoms are blooming, March 24, 2016 in Washington, D.C.&nbsp;
Mark Wilson via Getty Images