Japan's famous cherry blossoms have come early this year, matching a 2002 record for the earliest blooms ever, according to Straits Times.

Japan's Meteorological Agency announced on March 16th that Somei Yoshino cherry flowers had begun to bloom in Tokyo, a full fifteen days earlier than the first blooms in 2012, the Daily Yomiuri reports.

CNN explains that just like autumn leaf peeping in New England, flower viewing or hanami is a popular seasonal pastime in Japan.

According to Asahi Shimbun, the early start to cherry blossom season was triggered by unusually high temperatures, which reached records of 51.8 degrees Fahrenheit in Hanamaki, Iwate Prefecture and 52.7 degrees in Nishi-Aizu, Fukushima Prefecture.

CNN advises all potential flower peepers that despite the early start, Japan's cherry flowers aren't "expected to be at their full glory" until next weekend. A map projecting when cherry blossoms will arrive in each of Japan's regions can be seen here.

Be sure to check out the beautiful photos of Tokyo's first flower blossoms below. 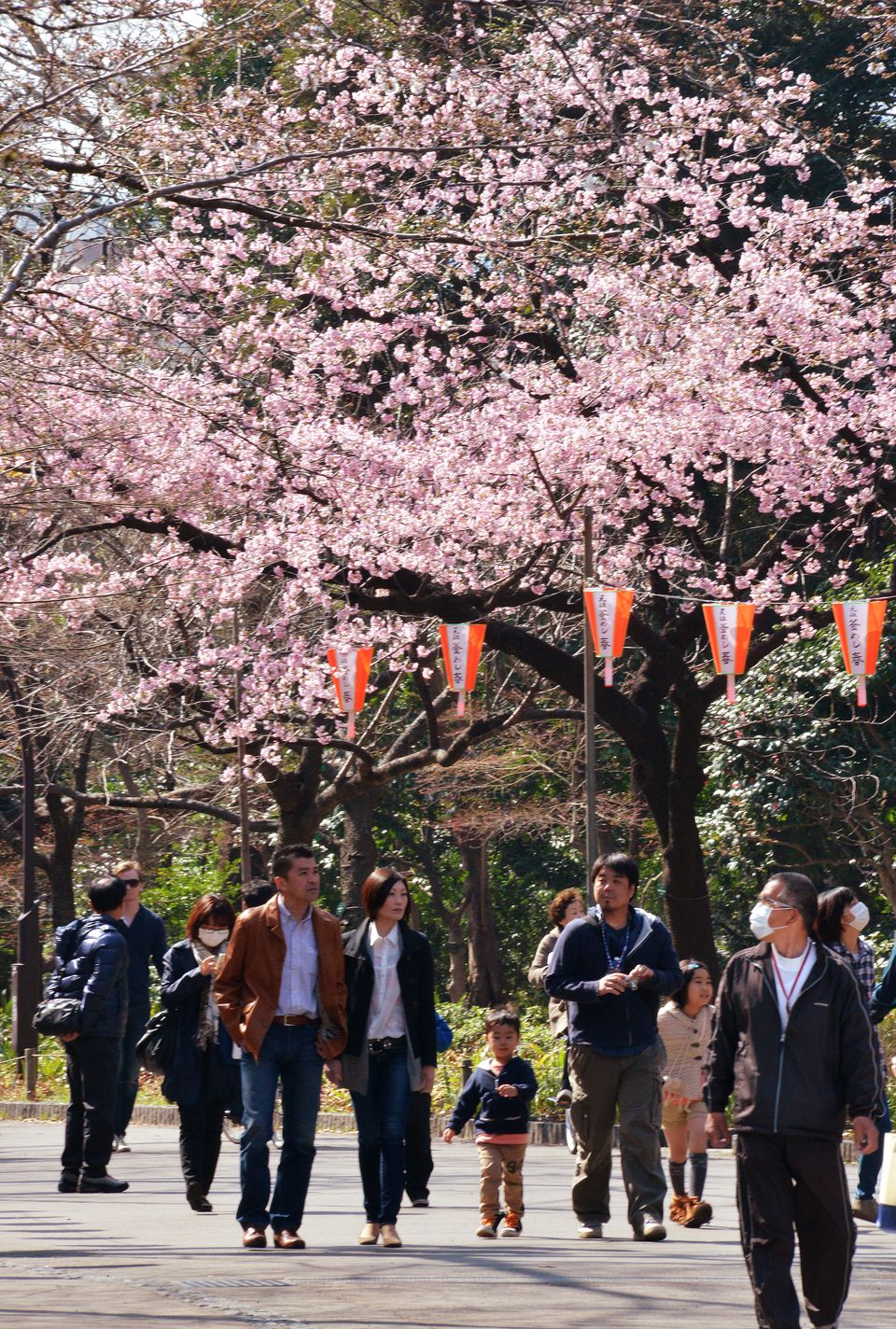