Japan’s largest coral reef is under severe stress, according to a recent survey conducted by the country’s Environment Ministry. More than 90 percent of the corals in Sekiseishoko reef, located in the Ryukyu Islands near Okinawa, were discovered to be at least partially bleached when surveyed in November and December. About 70 percent of the reef’s living corals were found to have died.

Rising ocean temperatures have been pinpointed as the main culprit for the reef’s decline: Water temperatures in the region were 1 to 2 degrees Celsius higher than normal last summer.

Experts say the current bleaching event is the worst the reef has experienced in recorded history.

James Reimer, a professor and coral specialist at the University of the Ryukyus in Okinawa, said the survey findings were “very alarming.”

“The reef experienced harsh bleaching in 1998 (around 35 percent death), and then some more in 2007 (about 30 percent), but was generally seen as recovering to some degree from these events,” he told The Huffington Post via email on Tuesday. “This recent round looks to be approximately twice as bad, and a lot of the recovery from 1998 and 2007 has been lost. This bleaching is certainly much worse than past events, which themselves are not seen as ‘natural’ but as a product of climate change.”

Bleaching is a sign of coral stress and can be triggered by increases in water temperature. While bleached corals are not dead and can recover if stressors are removed, they are more susceptible to mortality and injury.

When asked whether the Sekiseishoko reef could recover from this current bleaching event, Reimer said it could bounce back “if given time.”

“If the region can get lucky and avoid bleaching for 10 years or so you would see some good recovery,” he said. Or at least a “return to higher percentages of coral cover.”

However, given the current rate of global warming, Reimer warned that the outlook for the reef is “not great.”

“To grow back, even the fastest growing corals will take one to two decades,” he said in an email this week. “The larger, old massive corals take hundreds of years to grow back. In contrast, we have now had three severe bleaching events causing mass coral mortality in the Ryukyu Islands since 1998. With the oceans warming as rapidly as they are, I doubt there will be time for them to recover before the next bleaching event.”

The world is currently in the midst of a prolonged mass bleaching event that’s impacted every major reef region in the world, including Australia’s Great Barrier Reef which experienced its worst bleaching on record last year. With its beginnings stretching back to 2014, it’s the longest and most widespread coral bleaching event in recorded history.

Scientists say the bleaching event is anticipated to continue through 2017, posing a severe threat to already-stressed coral reefs.

“The 2015-2016 event has shocked many coral reef scientists, with lots of locations being bleached two years in a row,” Nick Graham, a marine ecologist from Lancaster University, told Climate Change News in November. “If this extends into 2017 for some locations, this really is uncharted territory. We know very little about how the reefs will respond to such repetitive thermal stress.”

Coral reefs are “some of the most diverse and valuable ecosystems on Earth,” according to NOAA. Reefs are critical to the wellbeing of other marine life, and they protect miles and miles of coastline from storm surge.

Reefs are also important sources of new medicines for humans. “Many drugs are now being developed from coral reef animals and plants as possible cures for cancer, arthritis, human bacterial infections, viruses and other diseases,” NOAA said.

Coral reefs additionally provide economic and environmental services to millions of people through industries like fishing and tourism. In the U.S., the commercial value of U.S. fisheries from reefs is reportedly over $100 million.

The Sekiseishoko reef is similarly important to the people of Japan.

“This is the largest reef area in Japan, and incredibly important to local fisherman and tourist operators,” said Reimer. “Damage on this scale will have long-term economic and social repercussions.” 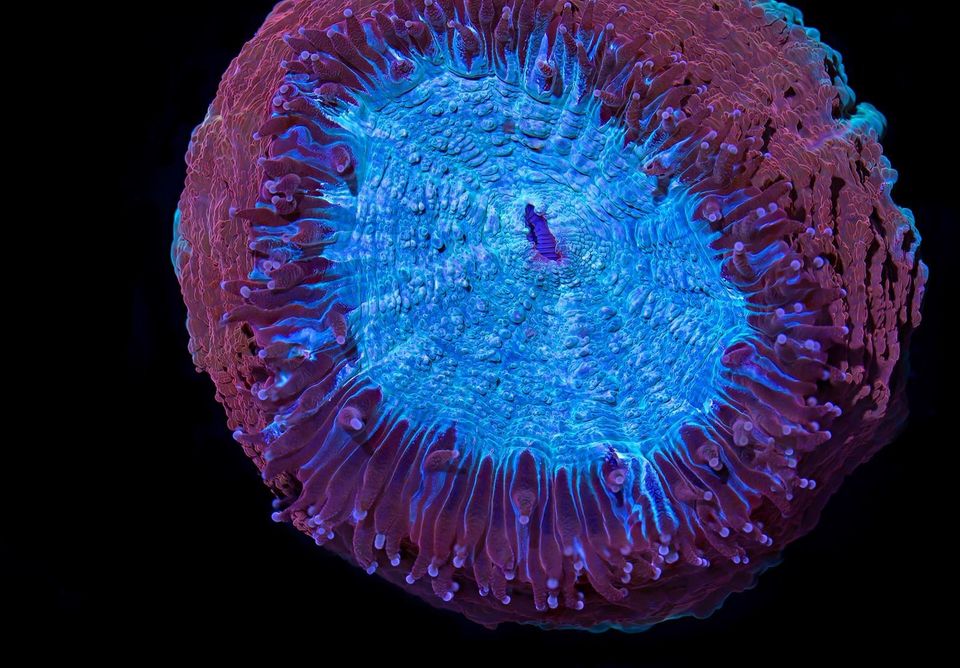