A large stretch of road that was swallowed by a massive sinkhole in southwestern Japan has reopened just one week after its collapse.

It took just two days for workers in the coastal city of Fukuoka to fill in the hole ― described as 98 feet long and 49 feet deep ― and repair the road and water mains, according to local reports. The city reportedly spent the following days testing the road to make sure it was safe before opening it to the public Tuesday morning.

When they did, the city offered a “sincere apology” to those who had been affected by the Nov. 8 collapse, Fukuoka Now reported, citing a release on the government’s website.

“We took careful measures so as not to trigger secondary accidents, and there were no casualties during the restoration process thanks to the hard work of all who took part of the construction work,” the city stated.

City officials had suggested that the collapse was sparked by subway construction. In their statement Tuesday, the city said it has asked the Land, Infrastructure and Transportation Ministry to investigate what caused the sinkhole.

Internet users around the world have meanwhile reacted with amazement at the city’s efficiency while comparing the speedy work to repairs in their own city.

I'm in awe of Japan and how quickly they can repair a massive sinkhole in a week. In the U.K. it would take at least 6 months. #sinkhole

Yo what?! And the lobby of my office building has been in repair for 6 months now smh https://t.co/ZruXg6cC7K

Apparently it only took a few days for Japan to repair their massive sinkhole.
It took Ottawa...months?
In Montreal it would be 5+ years pic.twitter.com/kFB6c2ZWgu

This is unbelievable. It took the local council 6 months to repair a 2 foot pothole on a roundabout near me! https://t.co/xAAxQXEllO 😳 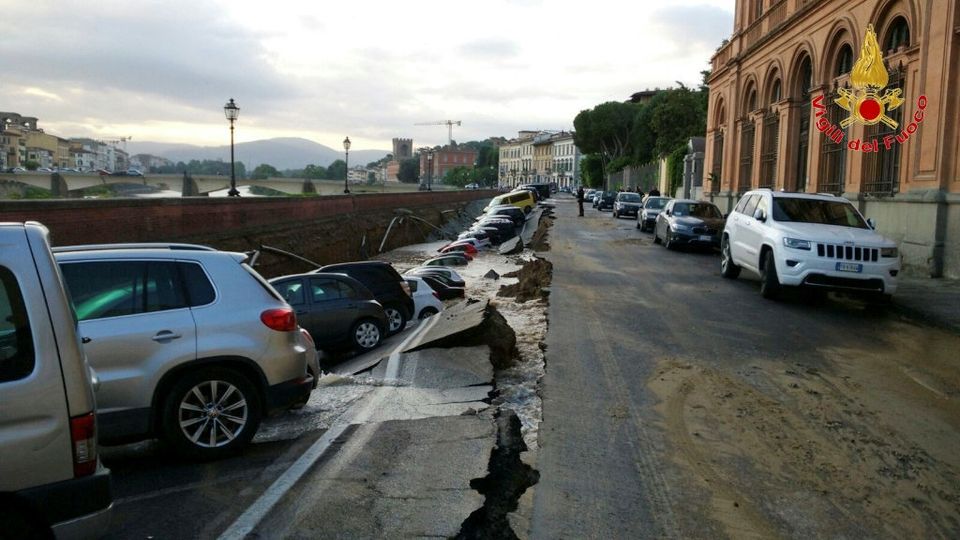 1 / 5
A&nbsp;road running up to the famous Ponte Vecchio, next to the River Arno, caved in on&nbsp;Wednesday.
Handout . / Reuters