HIRONO, Japan, Aug 26 (Reuters) - Tokyo Electric Power Co , the operator of the stricken Fukushima nuclear plant, said it would invite foreign decommissioning experts to advise it on how to deal with highly radioactive water leaking from the site, and Japan signalled it may dip into a $3.6 billion emergency reserve fund to help pay for the clean-up.

Visiting the plant crippled by an earthquake and tsunami in March 2011, Toshimitsu Motegi, the trade and industry minister, said on Monday he would set up a taskforce to take charge of the clean-up, and send officials to Fukushima to oversee operations.

"I strongly feel that the government should get fully involved," he told reporters after touring the Fukushima Daiichi facility, which is 220 km (137 miles) north of Tokyo.

Motegi ordered Tokyo Electric Power, or Tepco, to replace storage tanks that are at risk of leaking radioactive water. Tepco acknowledged last week that hundreds of tonnes of highly radioactive water had leaked from one of around 350 tanks that were assembled quickly after the 2011 nuclear meltdowns at the site. The tanks are used to store water pumped through the reactors to keep fuel in the melted cores from overheating.

Motegi said Tepco should have more frequent patrols around the tanks and better documentation of inspections. He said the utility should replace weaker bolted tanks with sturdier welded storage units. Tepco said it was setting up its own group of experts to oversee toxic water and storage tanks at the Fukushima site.

"For measures that require sophisticated technology, we will appropriately implement them as the government while collaborating with authorities on fiscal measures, including the use of a reserve fund," Motegi said.

Earlier on Monday, Chief Cabinet Secretary Yoshihide Suga said the situation at Fukushima was "deplorable", and signalled the government could use some of the 350 billion yen set aside in this year's budget as a reserve for natural disasters and other emergencies.

Tepco's revelation of the toxic leaks is the most serious problem in a series of recent mishaps, including power outages, contaminated workers and other leaks. Tepco also said last month - after repeated denials - that the Fukushima plant was leaking contaminated water into the Pacific Ocean from trenches between the reactor buildings and the shoreline.

Japan's Nuclear Regulation Authority said last week it feared the disaster was "in some respects" beyond Tepco's ability to cope.

The latest crisis comes as Prime Minister Shinzo Abe has been touting Japan's nuclear technology abroad to countries like Turkey, promising that its nuclear reactor makers have learned vital safety lessons from the disaster.

Tepco shares ended down 6.9 percent on Monday after falling as much as 10 percent to their lowest level in 12 weeks.

Foreign Minister Fumio Kishida on Sunday visited Chernobyl in Ukraine, the site of the 1986 nuclear disaster, and said he hoped to apply lessons learned there to Fukushima.

"I directly saw that the battle to contain the accident still continues 27 years after the disaster. Ukraine's experience and knowledge serve as a useful reference for workers coping with the Fukushima nuclear crisis," Kyodo news agency quoted Kishida as telling reporters.

China on Sunday said it was paying close attention to developments at Fukushima, noting it has the right to request entry into waters near the facility to conduct checks and assess the impact of the nuclear accident on the Western Pacific.

The country's State Oceanic Administration said it hadn't found any evidence of a "direct impact" from radiation on Chinese waters, but will closely monitor developments.

Public distrust towards Tepco's handling of the Fukushima plant clean-up has also intensified, with a Mainichi newspaper poll finding 91 percent of respondents saying the government should take a more active role in the contaminated water issue. 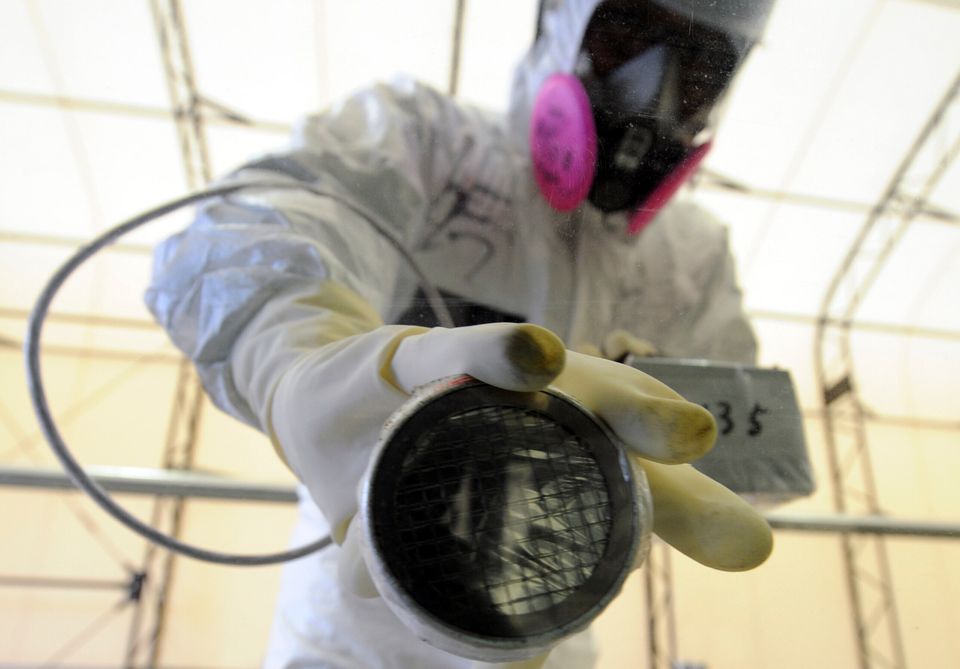