One hug used to take two people, but that's changed thanks to a Japanese company that has invented a chair that does the job.

The so-called "tranquility chair" has an upper half with arms that wrap around the sitter.

But those long arms don't scare away birds, they embrace humans affectionately, the New York Daily News reports. UniCare, the company that created the cheer-inducing chair, is selling it in Japan for around $419.

"It makes you feel safe,” a UniCare spokesperson said, according to Oddity Central. “Anyone can use it, but it is designed for older people.”

Japan's population is aging quickly. About 25 percent of citizens are over the age of 65 and the figure is expected to rise to 40 percent in coming decades.

That means a lot of elderly people who will need hugs, and that's where the chair will be helpful, a company spokesman told the Daily Mail.

"[The chairs] are comforting for people who live alone -- they can talk to them and hug them," the spokesman said. "They also play old Japanese music, which is nostalgic for older people."

No word on when or if the hugging chairs would come to America. Would you get one? 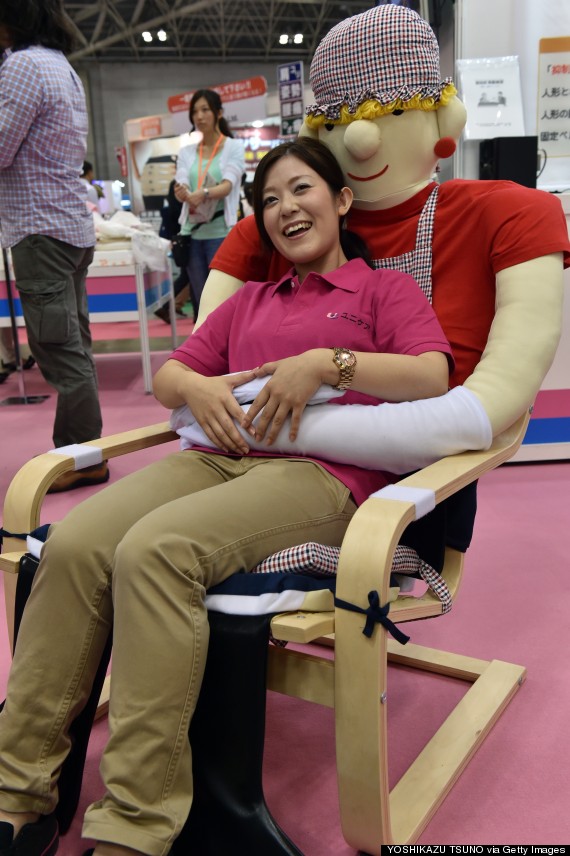