Of the two Hiroshi Ishiguros in existence, only one can breathe. 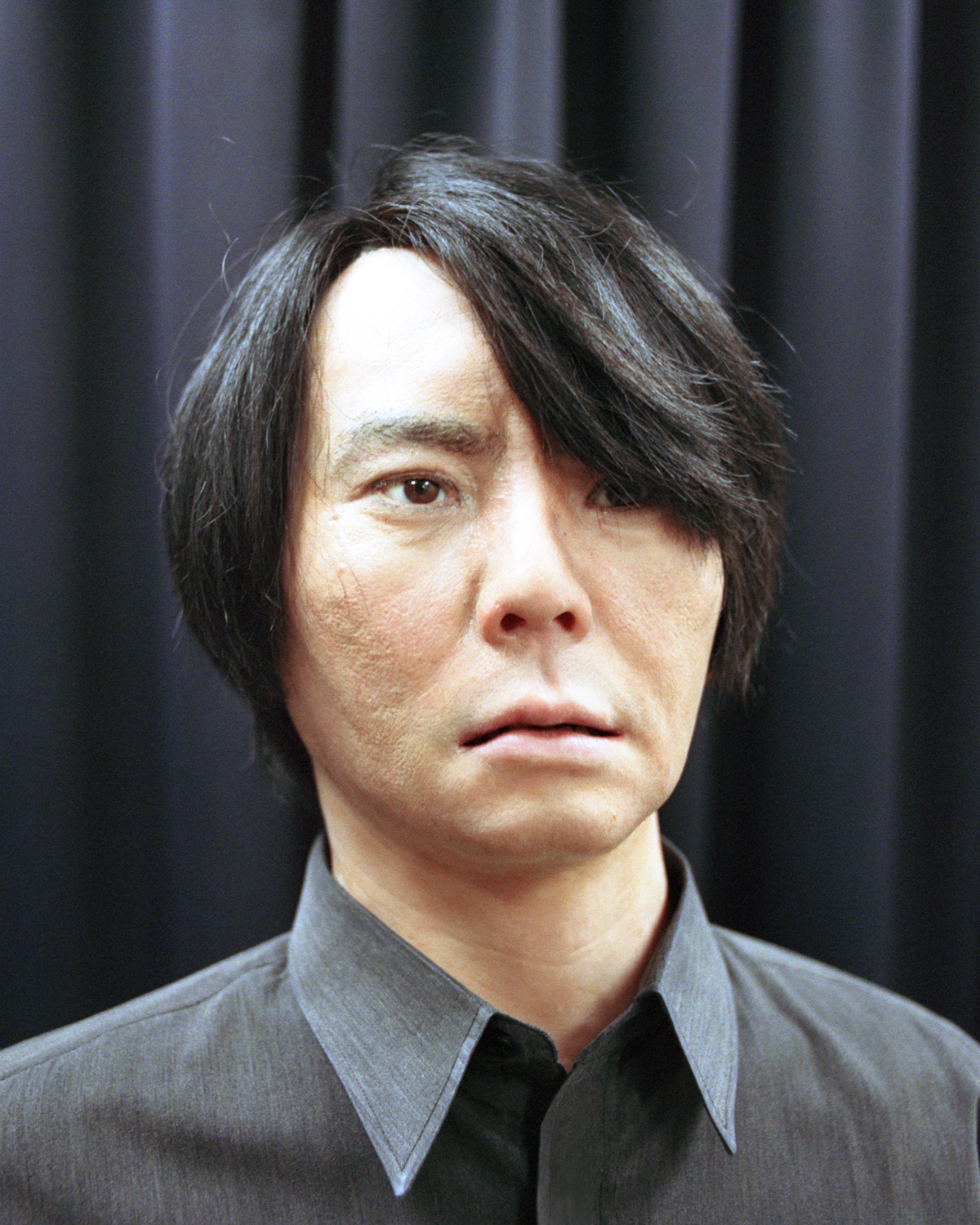 The other is an amazingly lifelike copy. The director of the Intelligent Robotics Labarotory at Osaka University, the living, breathing Ishiguro has revolutionized his field of study with an army of ultra-humanoid robots -- or "actroids," as he calls them -- including the one above, modeled after himself.

It's not hard to see why British photographer Luisa Whitton decided to document these surreal creations in 2011, when they were starting to surface to the public. The title of her series, What About The Heart, reflects the concerns of Ishiguro's life, according to Whitton: namely, whether it is possible to artificially create the essence of a human being. 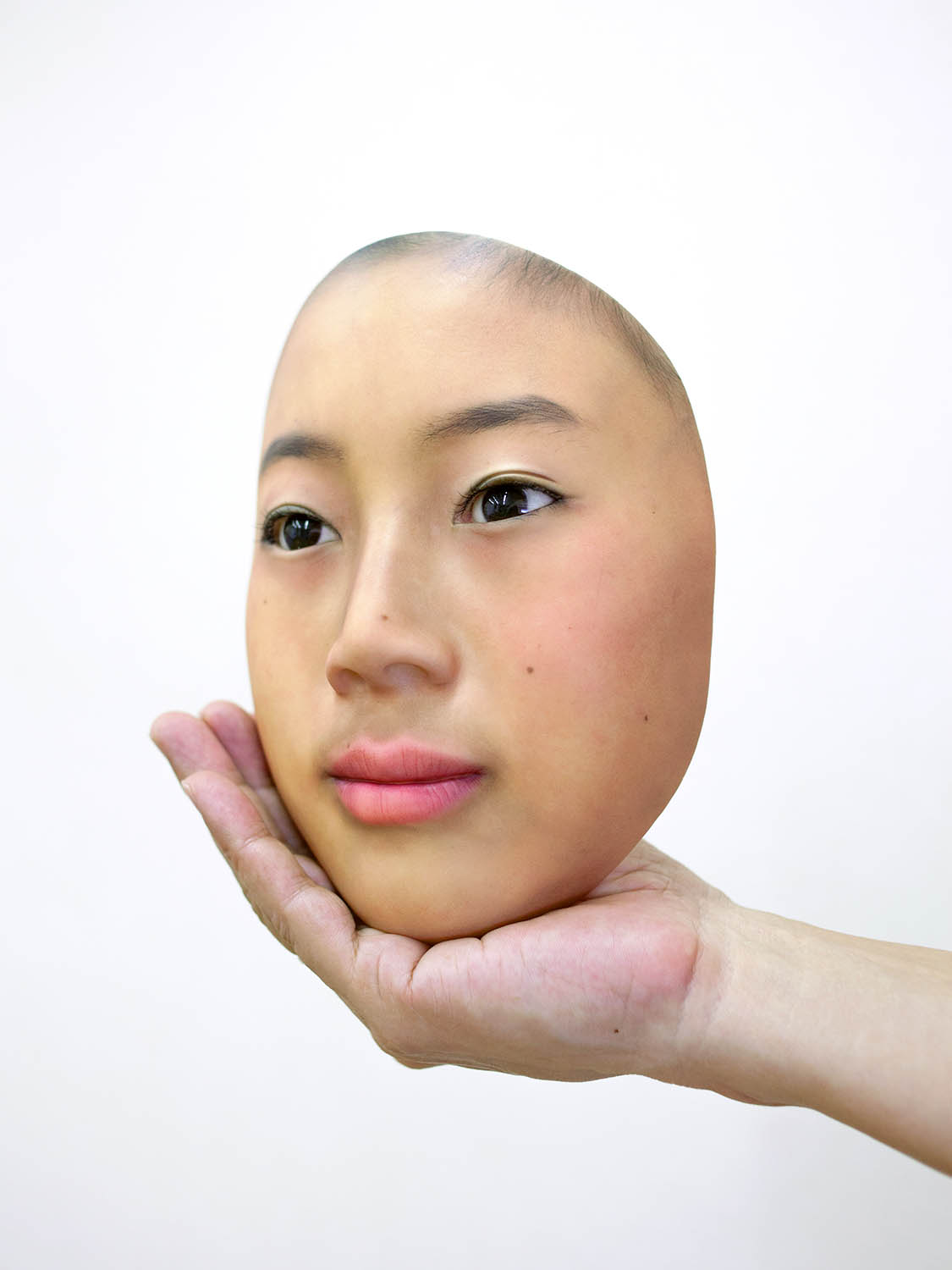 That essence is known in Japanese as "sonzai-kan," which translates roughly to spirit or soul. More than a decade ago, Ishiguro decided to investigate whether he could make a copy of himself that contained his sonzai-kan. The experiment took a David Lynchian turn, as Whitton recounted this spring to the photo blog Feature Shoot, when "[Ishiguro] aged beyond the age of his robot":

"[This] led him to invest in plastic surgery to [make] his face the age of his robot. His double made him question what exactly it means 'to be' human, and how machines can alter the definition of that.” 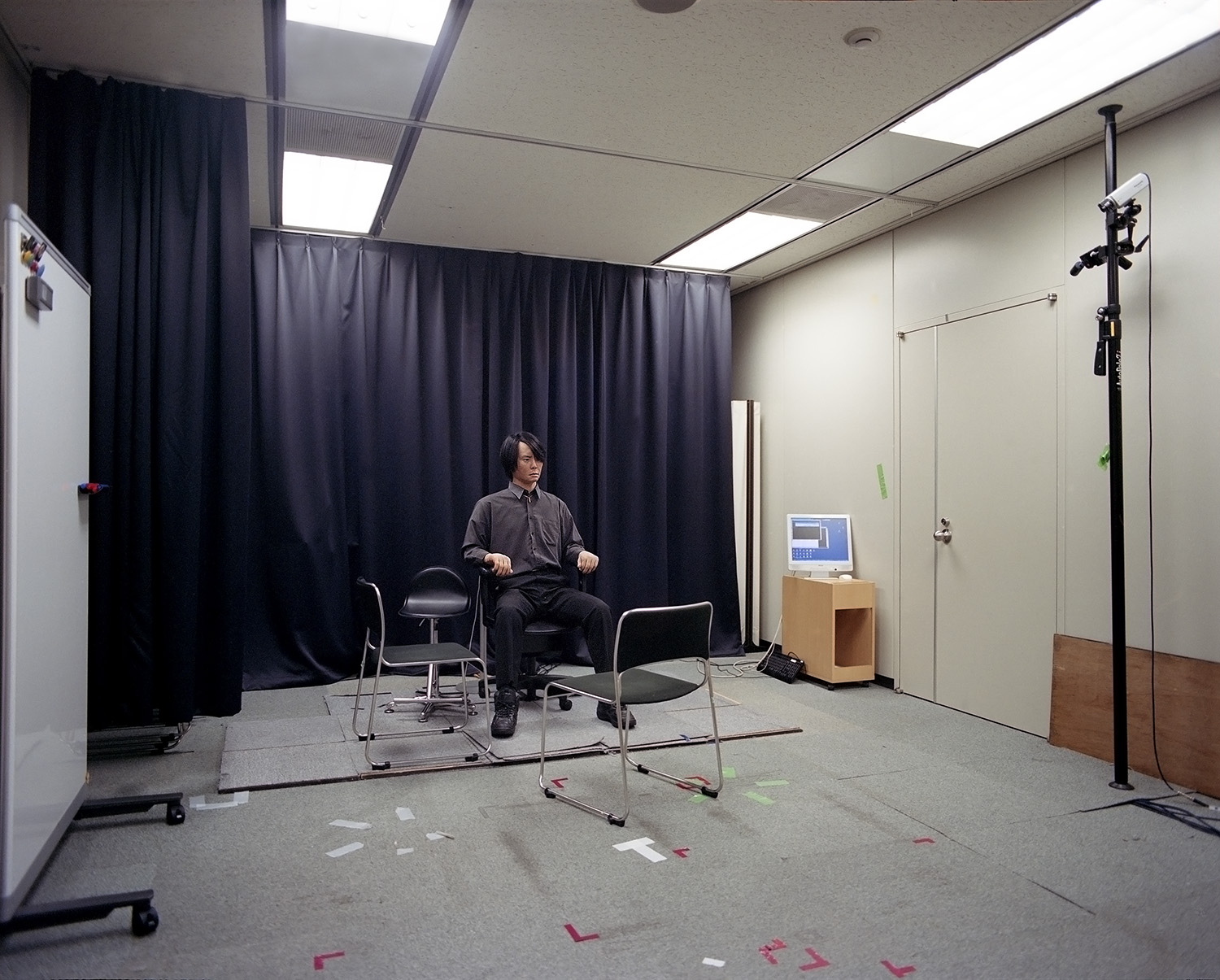 As eerie as that anecdote is, Whitton left Japan with an appreciation for what she calls the "eastern approach" to robotics. As she told the Cargo Collective last year:

"In Japan, robotics is seen as an opportunity to create companions, not to develop warfare or weapons...The pursuit for these answers is motivated by gaining a knowledge about life, and death. If robotics continues in this eastern approach, human life will benefit from these conversations." 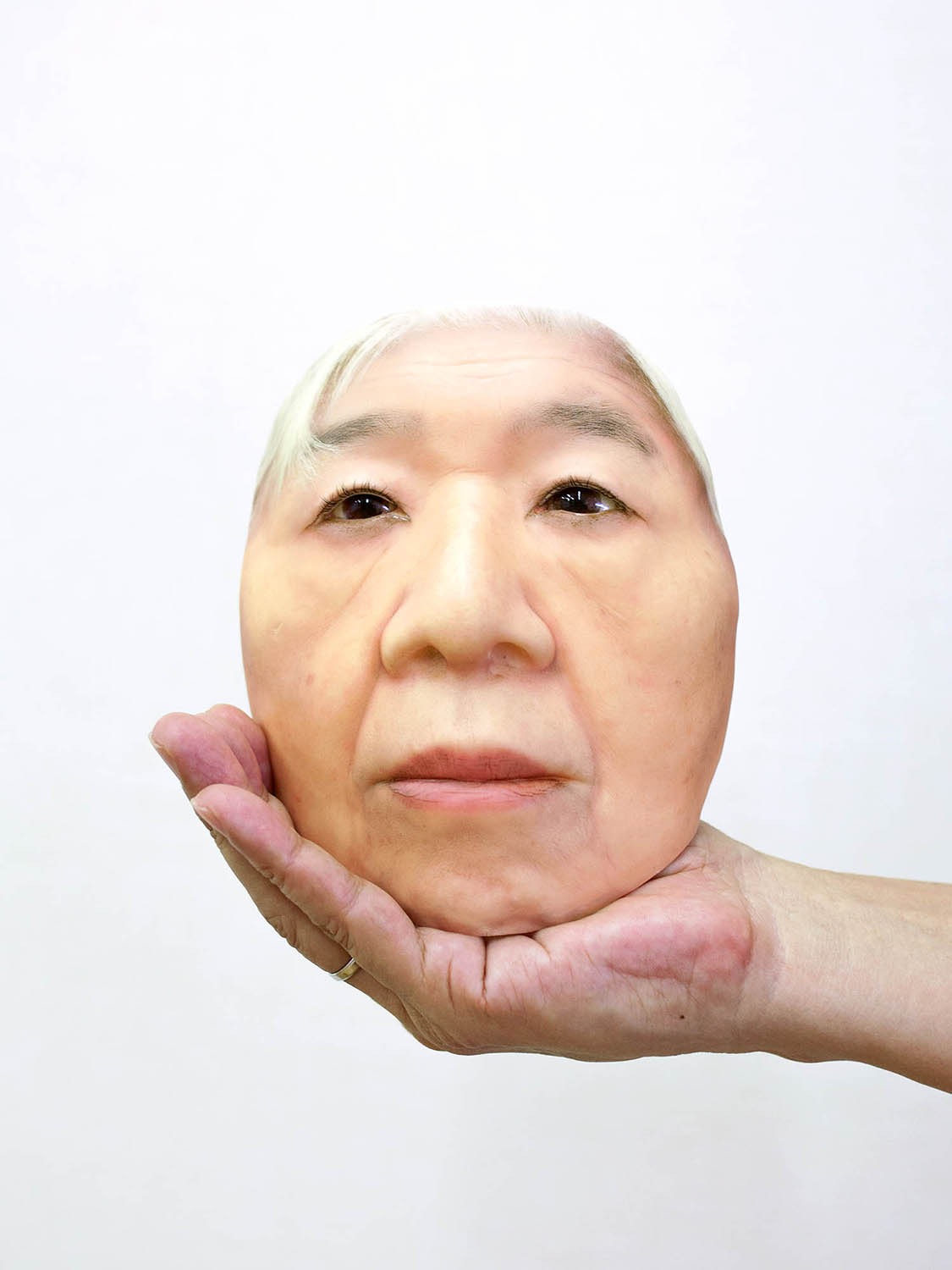 And yet, the tide in robotics has turned against Ishiguro's stance, which prioritizes realistic touches like facial ticks over logistical concerns. To build his first robot, the autobiographical Geminoid H1-1, Ishiguro used "silicone rubber, pneumatic actuators, powerful electronics, and hair from his own scalp," according to a report published at the time of the robot's 2010 debut.

Today's humanoid robots are built to be practical. Take Asimo, the robot in development at Honda: It speaks in a humanlike way, while walking around in a protective, distinctly un-skinlike armor.

The ultrarealistic robot is basically too difficult to get right. As the British robotics professor Noel Sharkey recently told The Engineer, it's easy to fall short and wind up in uncanny valley territory, where the danger is producing something with "the cold, dead eyes of the psycho killer."

"The human look-alike is really something that is important for the Japanese," Sharkey continued. "Many people would prefer not to be fooled into thinking that a robot is a person unless they are going to have sex with it or use it as a companion." 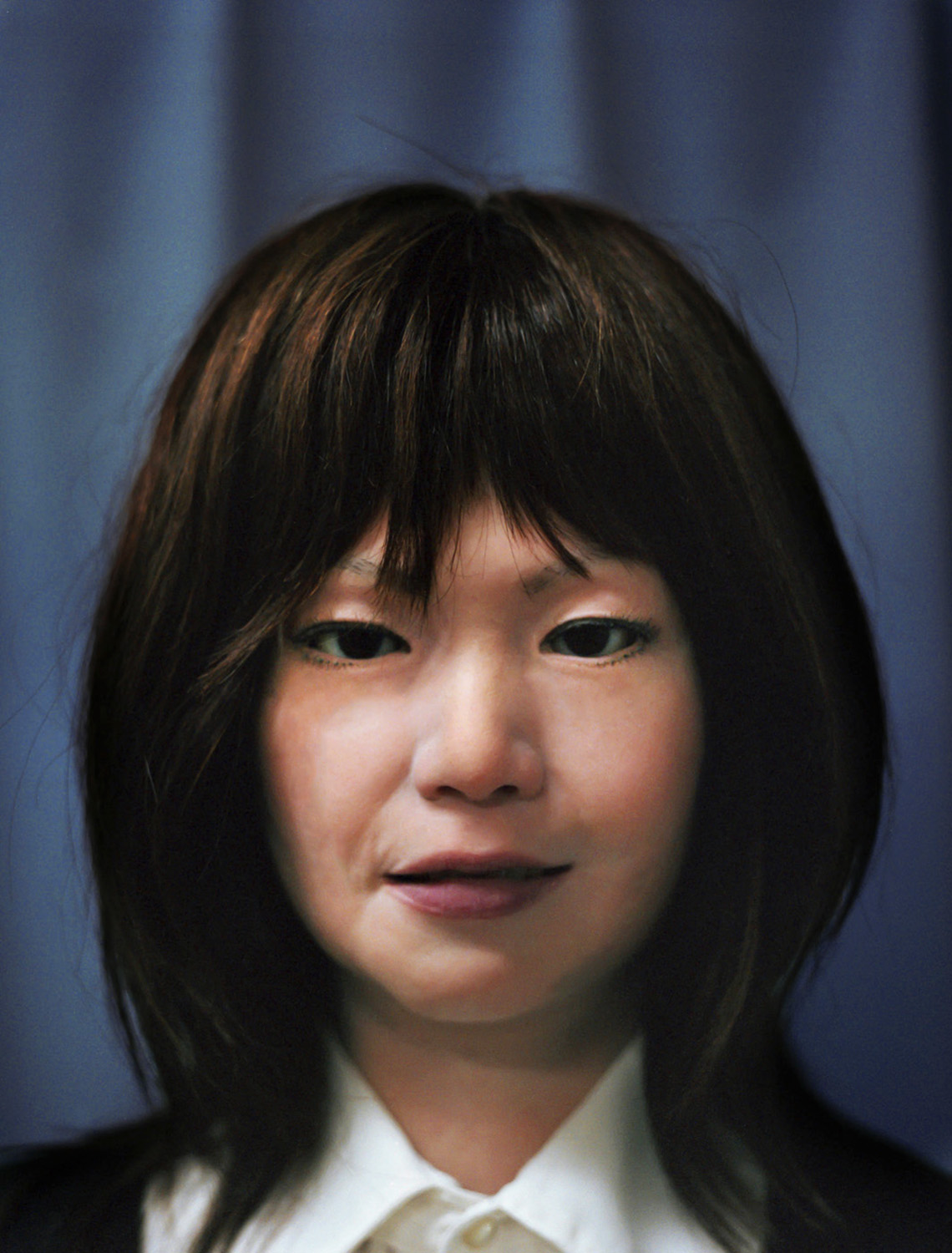 Still, Ishiguro is a man on a mission. In an email to The Huffington Post, Whitton described a conversation in which she saw just how singleminded the professor could be. It was the moment she came up with the title for her series. Struck by the subtle divide between actroids and human, she became poetic. "What about the heart?" she asked Ishiguro.

Seemingly "unaware of the abstract intentions of my question," Whitton writes, the professor responded: "That is the easiest part. Artificial hearts is very popular now. The liver is more difficult."