If you were eating at an Ichiran restaurant right now, you wouldn’t be reading this article. You also wouldn’t be chatting with a companion or multitasking. What you’d do is slurp noodles in solitude at a solo booth.

The chain of minimalist ramen shops that impose a Zen approach on diners is hugely popular in Japan and Hong Kong, with 60 locations that are all open 24 hours a day. On Oct. 19, Ichiran opened its first US shop, drawing New Yorkers from all over to the hipster enclave of Bushwick, where crowds waited in the shadows of warehouses to spend time alone with a bowl of hot pork broth.

The idea is that focus enhances food enjoyment. Ichiran calls this “low interaction dining” in “flavor-concentration booths.” Ichiran says that this “encourages guests to dine alone and focus solely on the bowl of noodles in front of them.”

Diners speak to no one, not even upon arrival or to order. A light panel indicates available booths and food options are limited deliberately. The menu is a soup of long-boiled pig bones, and that’s pretty much it. The stock comes in three strengths, and the broth can be customized to five richnesses by dropping various quantities of liquid fat on top; noodles are made on location and served in five levels of softness with a few toppings. Customers check their preferences on a menu printed on a chopstick sleeve, which is then placed over an electronic eye in each table.

A pair of hands appear magically with a bowl. No faces, pleases or thank yous.

Critics are divided on the actual quality of the food. “What we have here is a very plain bowl of noodles,” writes senior Eater food critic, Robert Sietsema. But Geoffrey Morrison, writing for Forbes, declared Ichiran the best ramen in the world, noting that its many locations in Japan have lines out the door during lunch and dinner.

Of course, there’s no shortage of ramen shops in Asia, or New York, and many offer far more options than Ichiran. So it’s probably not just the simplicity of the noodles and pork broth that clinched its success, but the rare opportunity it offers for quiet reflection in a hyper-connected frenetic world.

A Nielsen Research study released in July revealed that screen time is on the rise for American adults, up to an average of over 10.5 hours per day, an increase of one hour over last year. Out of 168 hours in the week, people spent more than a third of that time looking at a screen, and, with device ownership on the rise, this figure isn’t likely to decrease anytime soon. Meanwhile, about 20% of time Americans are online is spent on social media interacting directly or abstractly with others. Even when we’re ostensibly alone, we have constant contact.

No wonder then that people are seeking a dining experience that accommodates the postmodern need for efficiency yet also provides the opportunity to spend some part of the day doing just one thing at a time.

Except it kind of doesn’t; at Ichiran, lunch also multitasks as a mindfulness exercise.

This article originally appeared on Quartz. 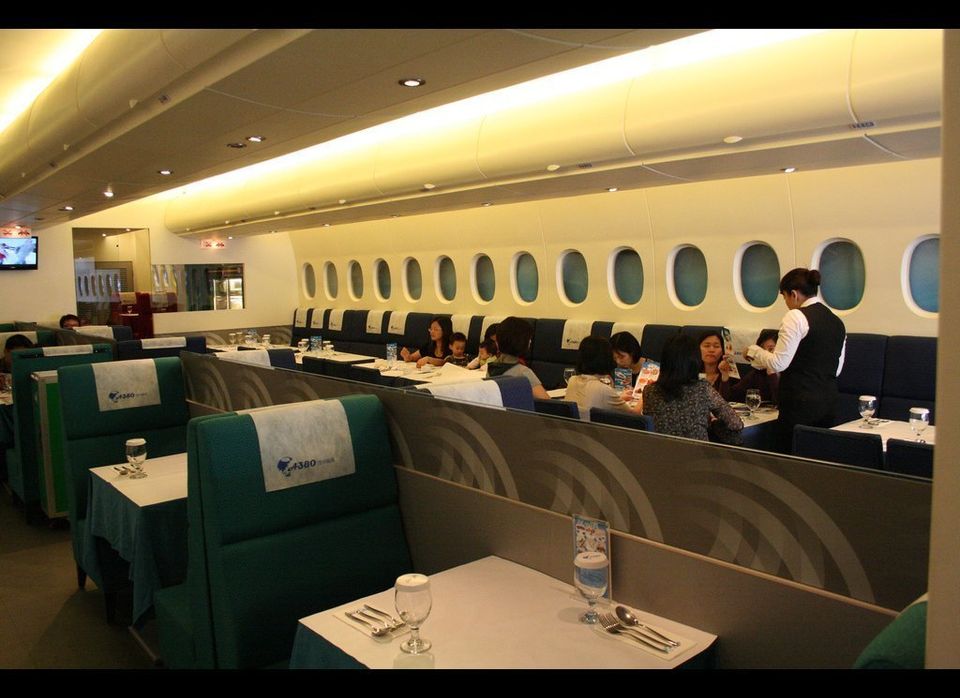