After more than half a century, a mystery of military history has finally been resolved.

Researchers at the University of Hawaii and the National Oceanic and Atmospheric Administration (NOAA) have discovered a missing World War II-era Japanese mega-submarine under more than 2,300 feet of water off the southwest coast of Oahu.

The submarine, an I-400, has been missing since 1946. It was the largest (400 feet) and most innovative of its day, capable of voyaging one and a half times around the world without refueling and deploying three bombers, each with a 1,800-pound bomb, within minutes of surfacing.

Up until it, submarines had simply been used to destroy ships. The I-400 presented a significant tactical change to have air strike capability from long-range submarines.

The I-400 submarine had actually been captured by the U.S. military at the end of World War II, but the U.S. had kept it and four other Japanese submarines at Pearl Harbor for inspection. In 1946, as the Cold War was just beginning, the Soviet Union demanded access to the missing submarines under terms of a World War II treaty.

The U.S. Navy, not wanting the technology in Soviet hands, scuttled the submarines and then pleaded ignorance, claiming it didn't know where the warships had disappeared to.

The location of the I-400 has been a mystery ever since.

According to Terry Kerby, a veteran undersea explorer who serves as operations director and chief submarine pilot at the university’s Hawaii Undersea Research Laboratory, “The I-400 has been on our ‘to-find’ list for some time. It was the first of its kind of only three built, so it is a unique and very historic submarine.”

“Finding it where we did was totally unexpected," Kerby said in a press release. "All our research pointed to it being further out to sea."

The crew found the site by carefully combing through side-scan sonar and multi-beam sonar data to identify anomalies on a deep sea floor littered with rocky outcrops and other debris. "It was a thrill when the view of a giant submarine appeared out of the darkness," Kerby said.

The I-400 was actually discovered in August, 2013, but the announcement came today after NOAA confirmed its findings with the U.S. state department and Japanese government officials.

The Hawaii Undersea Research Laboratory has now successfully located four of the five lost submarines. The I-400 initial sighting: 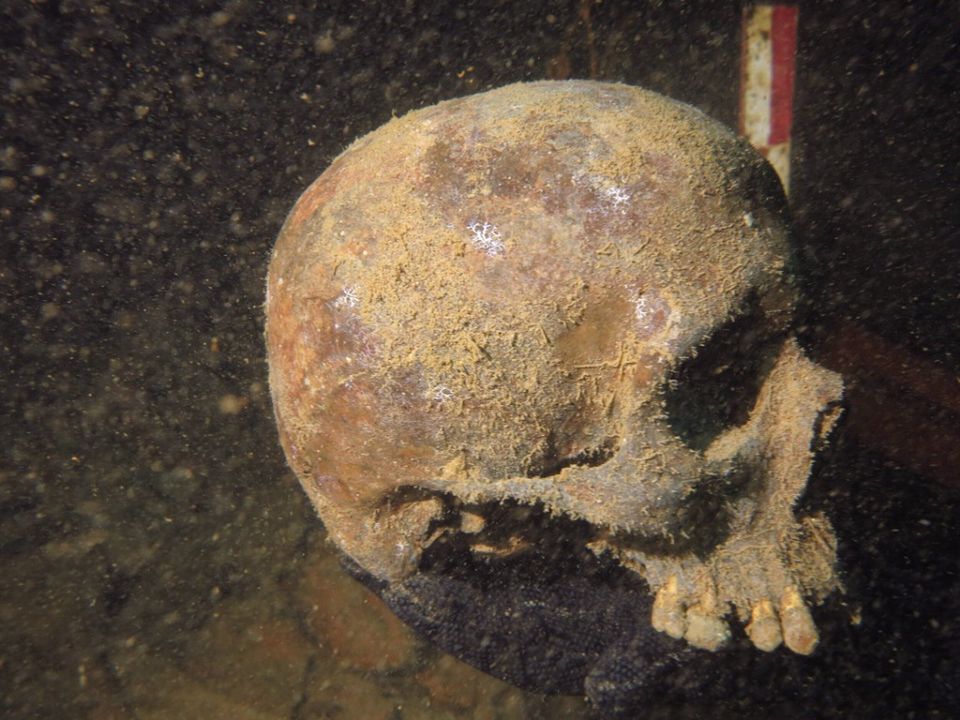 1 / 3
Skull
A skull found by Indonesian archaeologists at the site of a sunken German submarine from the World War II era. On Nov. 21, 2013, Indonesian researchers said they have discovered what is believed to be the wreck of a German submarine that was torpedoed off the main island of Java during World War II. A team found the wreck -- which contained at least 17 human skeletons -- north of Java earlier this month after a tip-off from local divers. (AFP PHOTO / National Archaeology Centre)
National Archaeology Centre / AFP / Getty Images