Glass jewelry thought to have been made in the Roman Empire has been found in a very unlikely place -- an ancient Japanese tomb.

"They are one of the oldest multilayered glass products found in Japan, and very rare accessories that were believed to be made in the Roman Empire and sent to Japan," researcher Tomomi Tamura told AFP.

The gilt artifacts, which are 5 millimeters in diameter, contained traces of the chemical natron, which Roman craftsmen used to melt glass. A natural salt, natron was also used by the Ancient Egyptians in the preparation of mummies.

Researchers are now interested in finding out how the beads traveled more than 6,000 miles from present-day Italy to Japan.

This is not the first evidence of contact between Eastern and Western civilizations in the ancient world.

In 1954, an archeological dig at Helgo, Sweden unearthed a Sixth Century Buddha statue from northern India. In 2010, 2,000-year-old bones from a Roman cemetery in Italy were found to contain East Asian DNA.

During the reign of emperor Trajan in the early Second Century, the Roman Empire's territory spanned the Mediterranean and stretched from England to Iraq. By the time the artifacts were interred at the Utsukushi burial mound, Rome was in decline, losing much of its territory before ending in 476.

Japan in the Fifth Century is noted for its Kofun burial sites. While it is commonly considered to be part of Japan's Yamato period, Yamato rule at this time was challenged by competing provincial powers. 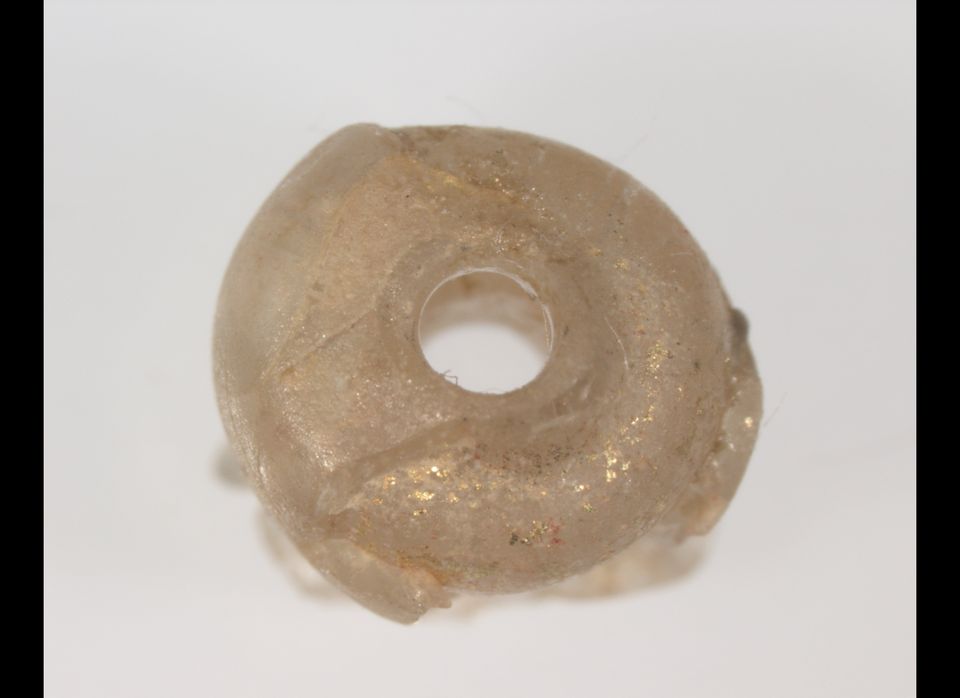