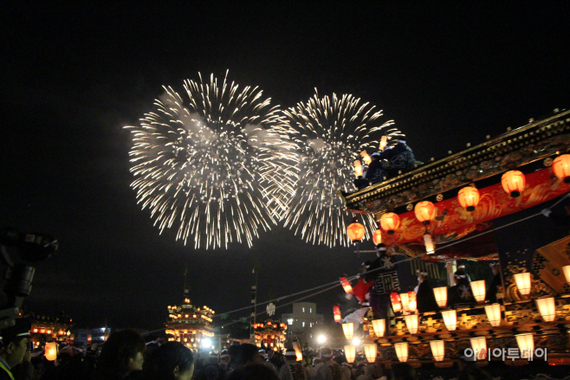 [The Chichibu Night Festival (Chichibu Yomatsuri) reached its peak on Dec. 3 in Saitama Prefecture. It is one of Japan's best-known festivals. Recently, UNESCO decided to add it to its Intangible Cultural Heritage list./ Photographed by Uhm Soo-ah]

The Chichibu Night Festival is held every year on the second and third of December, featuring fireworks and festival floats.

The festival garnered increased attention partly because it was held only days after the UNESCO registration. It is one of the 33 festivals in Japan that were collectively registered on the UNESCO's Intangible Cultural Heritage list on Nov. 30. The Chichibu Night Festival hosted nearly 32,800 people for the peak, 130,000 more than last year.

The Chichibu Night Festival has a history of more than 300 years. In the early evening, six floats are pulled from Chichibu Shrine through the streets. Due to the festival's popularity, it gets very crowded, especially along the parade route and around the plaza in front of the city hall.

It is believed the goddess of Chichibu Shrine and the man god who lives in a nearby mountain meet once a year. The floats are considered a tool to accept the god.

Each float, which is 5 to 7 meters tall and weighs between 12 and 20 tons. is pulled by several hundred people. The site where the goddess and the god meet is on a hill. The highlight of the festival comes from the harmony of fireworks display and floats that are being pulled by people. 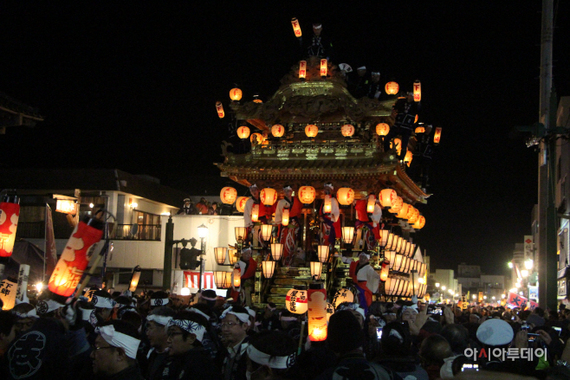 The city of Chichibu served as the secretariat for UNESCO registration of 33 traditional festivals in Japan.

In 2009, two festivals, including the Gion Festival in Kyoto and the Hitachi Furyumono Parade in Ibaraki Prefecture, were registered as World Cultural Heritage, and applications for similar festivals have been rejected. In response, Japan decided to combine those two with 31 similar festivals to list them as a group.