Each year in the Aokigahara Forest, dozens of people reportedly push through a dense "sea of trees" to find a place to take their lives. Those who are indecisive leave trails of colored tape woven between the trees so they can navigate out should they change their minds.

In a chilling documentary that was released in 2010 and recently refeatured by VICE on YouTube, Azusa Hayono, a resident of the area, takes viewers into the forest.

"I think I've found more than 100 suicide corpses in the last 20 years or so," Azusa says.

According to the description published alongside the video, "The authorities sweep for bodies only on an annual basis, as the forest sits at the base of Mt. Fuji and is too dense to patrol more frequently."

Japan has one of the world's highest suicide rates. According to CNN, the forest is home to the highest number of suicides in the country.

Watch the full report from VICE in the video above.

Below, see photos of the forest from Thomas Shomaker. 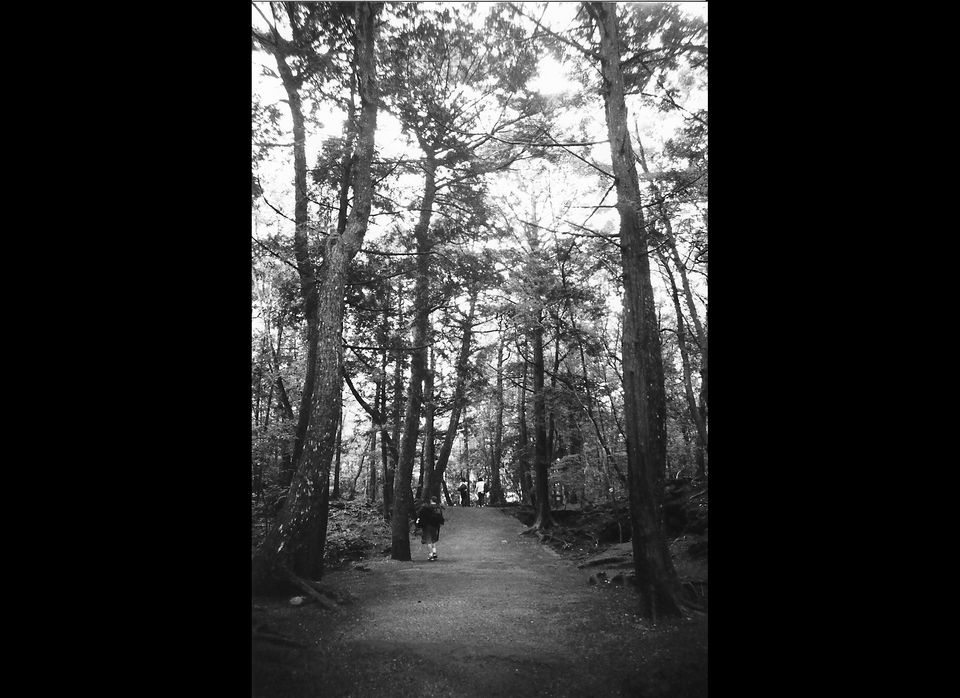