Country singer Jason Aldean and Brittany Kerr are red-carpet official. At the CMT Awards last night, the “Big Green Tractor” singer posed with the former "American Idol" contestant for the first time since filing for divorce from his wife, and high school sweetheart, Jessica Ussery, in April 2013.

Aldean and Kerr were first connected back in 2012, when TMZ released photos of the two getting intimate at a public bar on the Sunset Strip while Aldean was still married. Shortly after, the country star apologized for the encounter on his Facebook page, saying he “had too much to drink,” and “screwed up.”

“The main thing is that me and my family are okay, and everything’s good here,” Aldean assured CMT Insider host Katie Cook after news of the scandal broke. Kerr, a cheerleader for the Charlotte Bobcats, issued her own apology, claiming the hookup was a “lapse in judgement.”

However, just seven months later, Aldean and wife of 12 years, Ussery, officially called it quits. And in March 2014, after Kerr was spotted backstage at one of Aldean’s concerts, a rep for the 37-year-old singer confirmed their romantic relationship.

“It’s one of those things where, you know, you go out and you’re just hanging out,” Aldean told “Good Morning America” about his fling last November. "You go out and you kind of let your guard down a little bit and things happen…”

Below, Jason and Brittany at the CMT Music Awards: 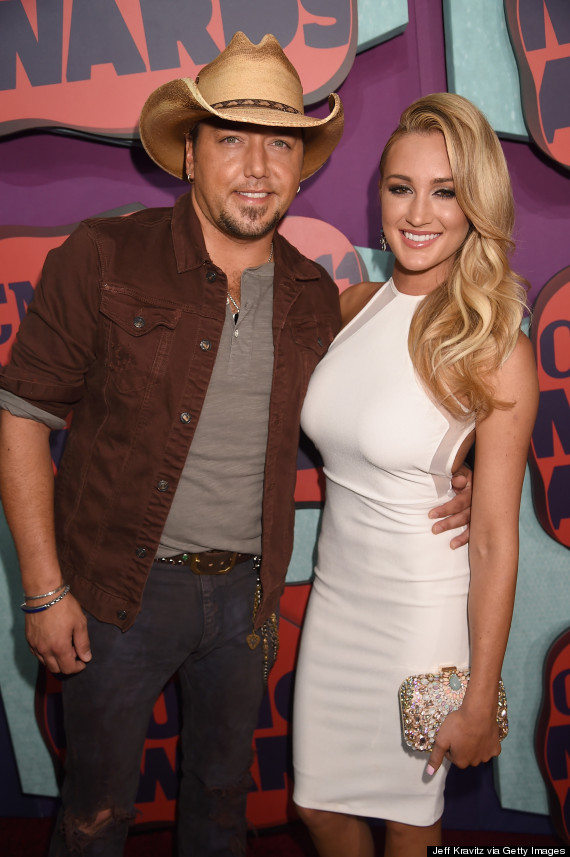