An admitted heroin addict with tattoos covering much of his face and head was charged Friday with three counts of attempted murder for allegedly firing at cops in an Alaska hotel room, the Anchorage Daily News reported.

Prosecutors contend that Jason Barnum carried out a string of burglaries and auto thefts to pay for his addiction to heroin. As Anchorage cops closed in on him and two alleged accomplices on Thursday at the Merrill Field Inn, he used a stolen handgun to shoot at police, grazing one in the back, according to authorities.

Barnum, 37, allegedly emerged from hiding in a bathroom and opened gunfire as police attempted to arrest another man and woman about apparent stolen property in the room.

In addition to the attempted murder charges, Barnum -- whose head is covered with tattoos of skulls and skeletons and right eye is tattooed black -- is considered the culprit behind seven burglaries.

Police arrived at the hotel because they saw a Toyota pickup truck recently reported stolen in the inn's parking lot. Security footage enabled the officers to determine which room was occupied by people using the pickup.

Scroll down for more PHOTOS.

Once inside the room, officers allegedly discovered items that had been taken during the spate of recent burglaries. Another man in the room, Sam Williams, Jr. was quickly put in handcuffs.

Stephanie Callis -- who was later arrested -- made noises from the bathroom as if she were vomiting. Later, Barnum allegedly told cops that they hoped the Callis' feigned retching would discourage police from entering the restroom where he was hiding too.

The shooting sparked a two-hour standoff. The hotel was evacuated. Dozens of police vehicles rushed to the scene. As members of a SWAT team surrounded the room, Barnum surrendered.

On Friday, after being discharged from the hospital, he appeared in court on the attempted murder charges. He had allegedly admitted to police that he burglarized homes and stole cars to feed his heroin addiction.

He appeared jumpy during the arraignment and swayed back and forth, the Alaska Dispatch reported. More than once, he hit his face on a microphone, according to the Dispatch. 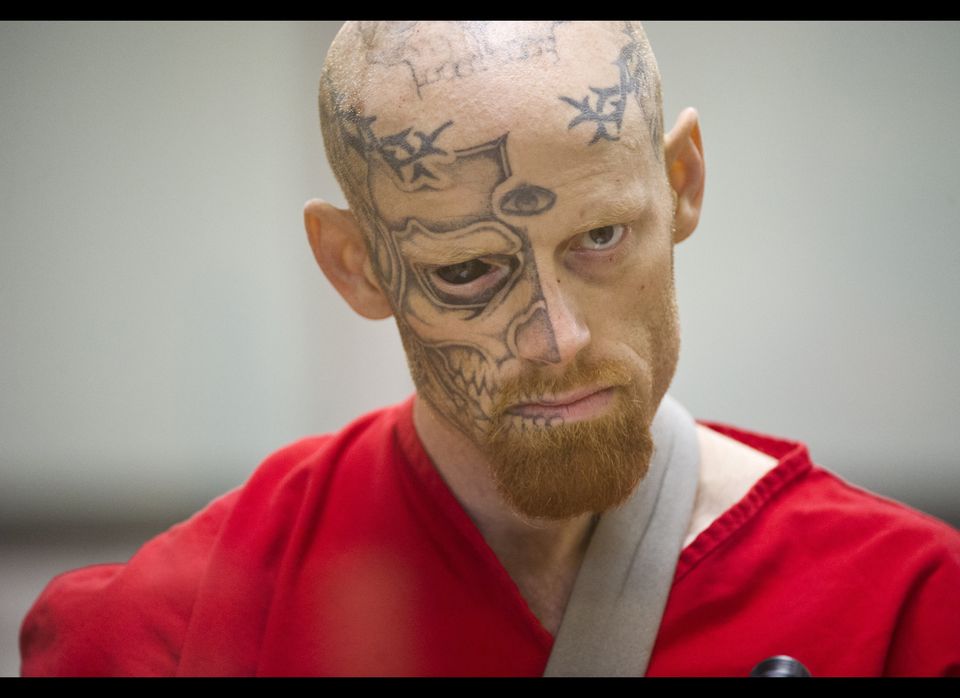 1 / 9
Jason Barnum arraignment
Jason Barnum is arraigned at the Anchorage Jail for attempted murder and other charges on Friday, September 14, 2012, in Anchorage, Alaska. Barnum is charged with shooting and wounding an Anchorage Police Department officer on Sept. 13, 2012, in a room of the Merrill Field Inn as the officer and two other officers were investigating recent burglaries. (Photo / Marc Lester, Anchorage Daily News)
AP