A year ago, Chicago-area figure skater Jason Brown was ranked the ninth-best figure skater in the nation, mired in the middle of the pack of elite male athletes gunning for next month's Sochi Olympics.

Flash forward a year and the 19-year-old Highland Park, Ill. native is a viral sensation preparing to head to his first Olympic Games.

Days on the heels of his exuberant "Riverdance" program at the U.S. Figure Skating Championships in Boston capturing the hearts of the nation, Brown was interviewed Wednesday morning by Chicago's WGN Morning News team (embedded above). It was clear the teen's excitement won't be wearing off anytime soon.

"Honestly, I have no idea what's going on," Brown told WGN. "It's so crazy. … I can't even believe where it got me and where I ended up and that I'm leaving in three weeks to go to Russia. I can't even get my mind wrapped around that."

Brown went on to express shock that the video of his silver medal-winning free skate had gotten 800,000 views on YouTube -- it's now 1.5 million as of Thursday afternoon -- before, literally, letting his trademark shaggy hair down. 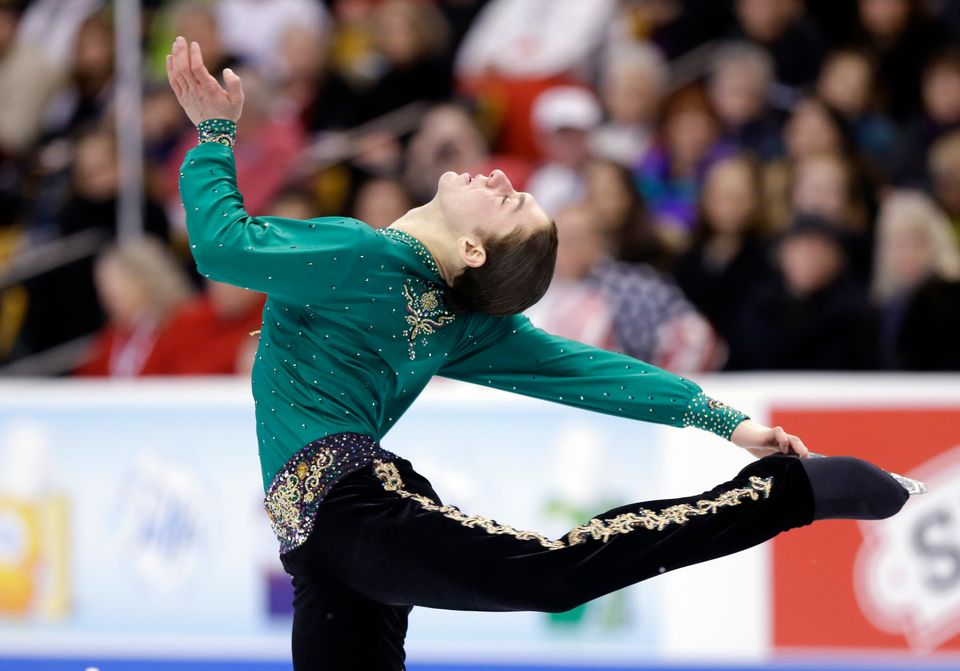