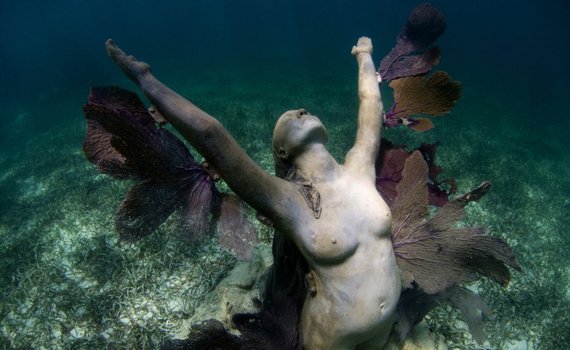 The sublime is something that moves us profoundly, that lifts us. There is no sublimation without passion. This experience, full of beauty, exalts the viewer to unusual levels of aesthetic and moral awe. The MUSA (Underwater Museum of Art) is submerged off the coast of Cancun, Mexico and is the largest museum under the sea, with over 500 sculptures created by Jason deCaires Taylor. It's one of those experiences that completely elevates us by its greatness.

Jason DeCaires Taylor (1974) is an English sculptor, with over 18 years of experience as a diver. He has received awards for his underwater photographs, which capture how his sculptures become something organic, living a continuous transformation by the effects of ocean. 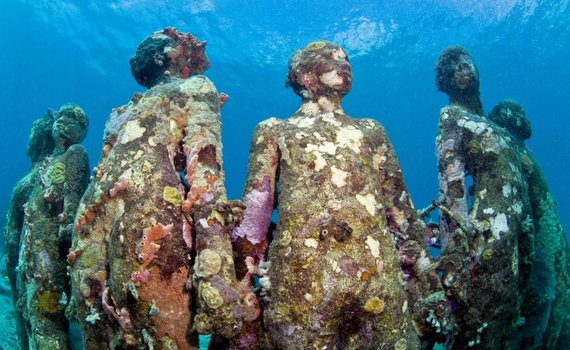 The microorganisms that inhabit the oceans colonize the surfaces of these sculptures, creating coral reefs. The sculptures are formed using a special cement mixture, sand and micro quartz concrete, producing a neutral Ph which helps these microorganisms colonize its surface; enriching his work and helping to sustain the environment. The creation of coral serves as a breeding and nursery ground for many species that form the ecosystem. In this case, aesthetics and utility come together in this sublime composition, as these sculptures are the ideal substrate for coral to grow on. Eventually, they create a reef that sustains a richer marine biomass and foster the reproduction of the species. 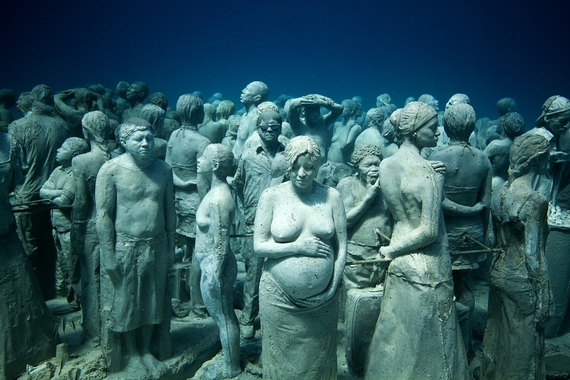 Enmanuel Kant, in his essay "Observations of the feeling of the beautiful and the sublime," linked the feeling of the sublime with the idea of infinity, that which impresses us by the grandeur of the embodiments to which it leads (the mathematically sublime). Admiring the composition of more than 500 life-size sculptures, each one with an individual face, (as it was done thousands of years ago with The Warriors of Xian), is a grand experience. The dynamically sublime would be all that shows its immeasurable power, as are the wonders of nature. The unlimited, mysterious, majestic and terrifying nature of the sea, enhances this effect on the disturbing sculptures. Therefore, the relationship developed between our understanding and our imagination causes a sublime feeling in us towards what we observe. 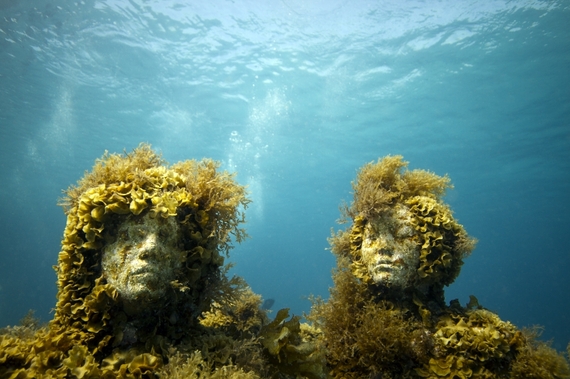 What makes these artworks singular is the interaction between man and nature in a living creative process. For Aristotle, nature (natural) and art (artificial) had nothing in common, they are two different realities, since the laws that govern them are totally different. Therefore, it is fascinating to be able to merge these two realities into a whole. The man-made artificial work of art undergoes a constant metamorphosis, leading to something natural until the primal is hidden.

Jason DeCaires Taylor creates this synthesis between man and nature, art and science, where sculptures, with the sea as a metaphor for infinity are individualized as Apollonian forms immersed in the ebb and flow of the Dionysian. 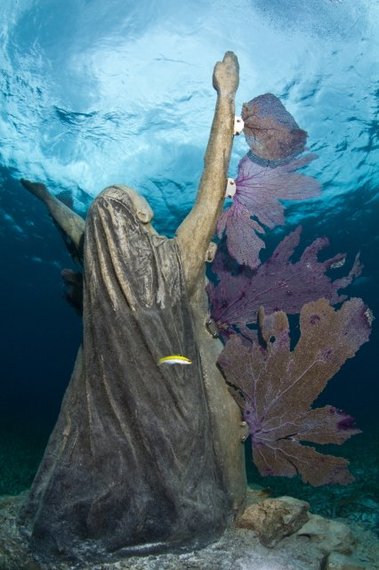 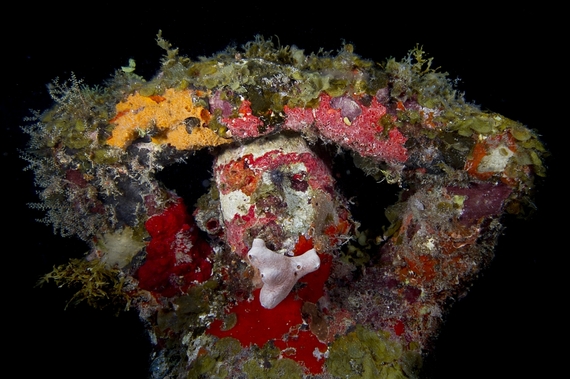 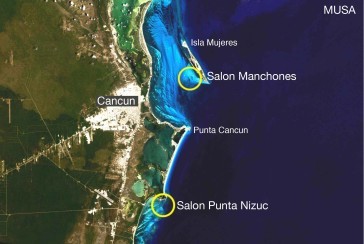