Jason Scott Jones is described as a human rights activist, filmmaker and author. His films have included The Stoning of Soraya M, Bella and Crescendo. His first book is entitled, The Race To Save Our Century: The Five Core Principles To Promote Peace, Freedom And A Culture Of Life.

Q: Calling your book "The Race To Save Our Century" is a pretty bold title. What does our century need to be saved from?

A: From popular, unexamined attitudes toward human dignity that undermine universal rights, enable us in selfish or irresponsible habits, impoverish our own lives and leave a damaged legacy for our children. In 1914, the West seemed peaceful, prosperous, and destined for endless progress. But governments went on to murder 170 million civilians -- not including war victims. What moral blind spots and bad ideas made all that possible? Which blind spots do we have now, that might enable the next great human rights catastrophes? That's what this book is asking, and trying to answer.

Q: What are the modern ideologies of evil that you believe haunt us?
A: Militarism and total war -- the mindset that gave us the Blitzkrieg, Dresden, Hiroshima, and Mutually Assured Destruction.

Racism and nationalism -- which spawned the Armenian genocide and the Holocaust, and now goads sectarian nationalists from Nigeria to Iraq.

Radical individualism -- an updated Social Darwinism that lets us write off the most vulnerable people around the world, from child laborers to preborn children.

Utilitarian hedonism -- the view that suffering is meaningless, and so we should live for today, trying to maximize the number of "happy moments" we can enjoy before we die. 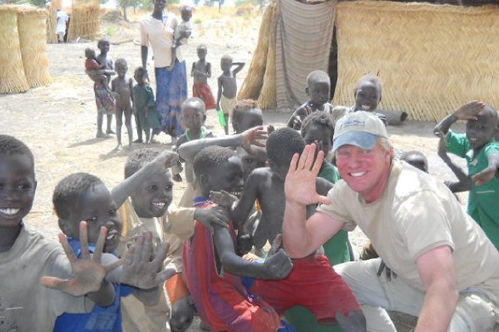 Q: What is subhumanism?
A: It's the schizophrenic modern worldview that asserts, simultaneously, that humanity is the accidental product of directionless evolution, whose mind is an illusory by-product of electrical activity in brain cells that determine our every thought and action and that human beings have a unique value and a long list of rights, ranging from equality to sexual freedom and political liberty.

Q: What inspired you to write the book?
A: Studying the horrors of totalitarianism and genocide that scarred the 20th century, even as rationalism and science were supposed to have freed us from the superstitions and hatreds of the past. The very same moral flabbiness that let the tyrants and ideologues take power is rampant today. The seeds of enormous cruelty lie dormant, just below the surface. This book is meant as weedkiller.

Q: You have endorsements from the Left and Right. Was this intentional?
A: We were very grateful that people from across the political spectrum could see our genuine commitment to human dignity and rights -- grounded in consistent, defensible principles that appeal to reason and history. We intentionally took on sacred cows of the both the Right and the Left, since no one is immune to the temptation to dehumanize the "Other." Our aim was to make all our readers at least a little uncomfortable. 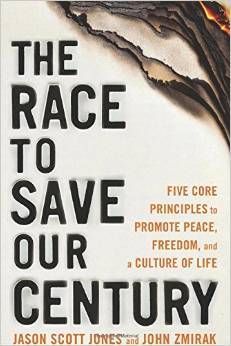 Q: What can we learn from Nazism that is relevant to us today?
A: To judge a political system by how fairly it treats the most vulnerable members of society -- whoever they are at the moment. In 1840 in Ireland, that was farmers dependent on the potato. In 1930 in Russia, it was clergymen and prosperous peasants. Today in the Middle East, it's Christians and other religious minorities. In America, it's pre-born children. Tomorrow it may be the elderly or the handicapped.

Q: How do we solve current problems that divide the left and right-like immigration for instance?
A: We look to the core principles upon which we all agree, and strive to find fair, realistic applications of them. On immigration, we have to reconcile our concern for needy newcomers with the claims of the native working class, American taxpayers, and the rule of law. When various legitimate claims come into conflict, what you need is a prudent compromise--instead of self-righteous, angry posturing.

Q: Where do you put yourself on the political spectrum?
A: I'm pro-weak. I side with whomever's weakest at the moment, since they're the ones who need us most, whose claims are not being heard. If they get too strong, I'll switch to another group. My loyalty is to the most abandoned, because what I favor is justice, and what I hate the most are bullies. I don't think that fits neatly anywhere on the political spectrum. That said, I favor free markets with a safety net, the maximum personal freedom compatible with order, and private sector solutions to most social problems.

Q: You seem to be involved in the abortion issue, why that issue?

A: Because unborn children have no rights in America at the moment -- none. They are less protected in some states than lab rabbits or farm animals. So restoring their human rights is my first, second, and third top issue. It's my governing passion -- no doubt because I lost a child of my own to abortion, against my will. That tragedy changed my life. It made me who I am.

Q: You are described as a human rights activist. What does that mean?
A: I'm a troublemaker. I seek out situations of grave injustice and try to turn them around. So far those situations have included honor killings in Iran, genocide in Sudan, and abortion in America. I also work with the homeless in Los Angeles and Hawaii. What drives me is the knowledge, deep in the bone, that human life is good and every life is important. I want to shout that message from the rooftops, even if it troubles people's sleep.

Q: You've also worked on a number of films. What is your role there?
A: My work in the film industry is an extension of my vocation as a human rights activist. I look for projects that promote the incomparable worth of the human person. I want to see films that will contribute to creating a culture of life, love, freedom and beauty. I have served as a producer and executive producer. Most of my time is spent building up networks to reach our affinity groups to help films that advance the mission of Movie to Movement succeed.

Q: What is Movie to Movement?
A: Movie to Movement is a program of the non profit HERO. Our mission is to promote human dignity and advance a culture of love. Most educational organization spend a lot of time and money develop educational resources like brochures and white papers. At HERO we look to harness the power of film to create a culture of life through beauty. We also produce our own films. Our first short film Crescendo was a tremendous success. Not only did we raise money for pregnancy centers and women's shelters but I truly believe the film will be a monument to human dignity that will transcend culture and time.