San Francisco artist Jason Mecier is best known for his iconoclastic portraits of celebrities made out of trash, often from their own garbage cans. But recently, he's shifted his focus a bit, toward portraits made from a narrower range of materials than a trash pail typically provides. He made high-profile portraits of Whitney Houston and Amy Winehouse out of pills. So it was only a matter of time before he moved into other comestibles.

Mecier appeared on Yahoo's Blue Ribbon Hunter to showcase a recent series of celebrity portraits made out of food. You can watch his demonstration above. The funniest of the artworks is an intricately detailed portrait of Kevin Bacon -- made all out of bacon. But click through below to see treasures like a portrait of Harry Potter in Red Vines, one of Taylor Swift in Good & Plenty candies and portraits of Barack Obama and Mitt Romney made entirely of beef jerky: 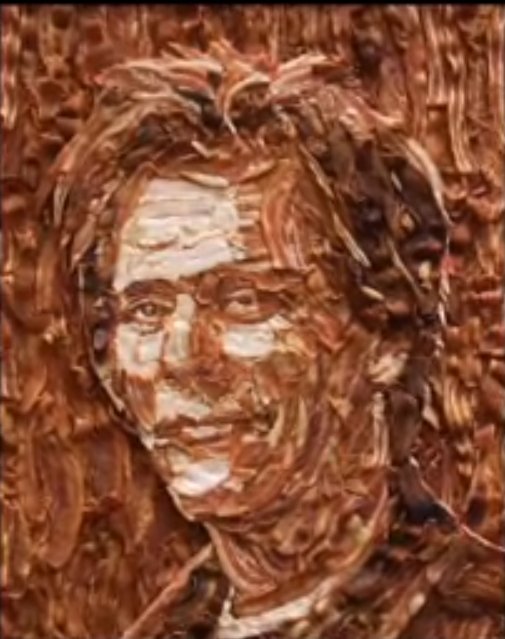