Forget slasher movies and zombie flicks... nothing scares us like this classic film. Its now been 40 years since Steven Spielberg's "Jaws" premiered in 1975, but we still get shivers down our spine when we hear the menacing movie score. Here are five things you probably never knew about "Jaws" and that shark.

1. The shark had many nicknames on set.
The 25-foot killer shark that terrorized screen audiences was simply called "Bruce" on set. Named after Spielberg's lawyer, the mechanical shark was a complete disaster, sinking on it's first voyage into the waters. The crew reportedly also referred to it as "flaws" or "the great white turd" from then on.

But some good did come from the failure. “I had no choice but to figure out how to tell the story without the shark. So I just went back to Alfred Hitchcock: ‘What would Hitchcock do in a situation like this?’ ... It’s what we don’t see which is truly frightening," Spielberg said. It's then that Spielberg decided to use the shark's point-of-view for more terrifying shots and added suspense.

2. The film's most famous line was improvised.

One of the most famous movie quotes of all time, Brody, after seeing the shark mutters, "You're gonna need a bigger boat." The line was reportedly improvised by actor Roy Scheider, according to writer Carl Gottlieb.

3. The sharks actually used in filming were nowhere near as large as the one you see on screen.
Long before the days of Photoshop and other advanced special effects, filmmakers had to use simpler tricks to make things appear as they wanted. When footage of real sharks was needed, Australian shark experts Ron and Valerie Taylor were on hand to help. The sharks used for filming were just 14 feet long as opposed to the around 25-foot killer shark depicted in the movie. They needed someone short to make the sharks appear larger so they hired an actor especially to do far away shots rather than dummies to make it look more realistic.

The director needed a little convincing after initially finding the score to be too simple, composer John Williams has said. Williams recalled that upon hearing it for the first time, Spielberg actually laughed out loud at the tune. Eventually, with some tweaks, Spielberg came around and felt it was the right fit. It's easily one of the most memorable theme songs of all time. “John Williams has made our movie more adventurous and gripping than I ever thought possible," Spielberg later said.

5. The author of the book, "Jaws" later became an ocean conservationist.
Yes, the man who made a living writing about a terrorizing shark (and co-wrote the film's screenplay) joined the crusade to protect them. Makes sense. But since he penned the bestselling novel, Benchley later had regrets about the way he portrayed the cold-blooded creatures. In the early 2000s he wrote another book about sharks, this time, entitled, "Shark Troubles." In a 2002 interview with National Geographic , he said the greatest misconception about sharks is "The theory that sharks target humans, that they are man-eaters. Nothing could be further from the truth. Every time you see on TV people surrounded by sharks, the chances are 99 percent that [the sharks] have been baited, and it gives a false impression because by nature sharks will stay away from people." He continued to reiterate that the book was pure fiction and said if he had known then the true nature of sharks, he would not have written the book. Benchley died in 2006.

Note: This story was first published in 2014 and has been updated to reflect that it has now been 40 years since "Jaws" was released.

5 Things You Never Knew About 'Jaws'
Photos From 'Jaws' 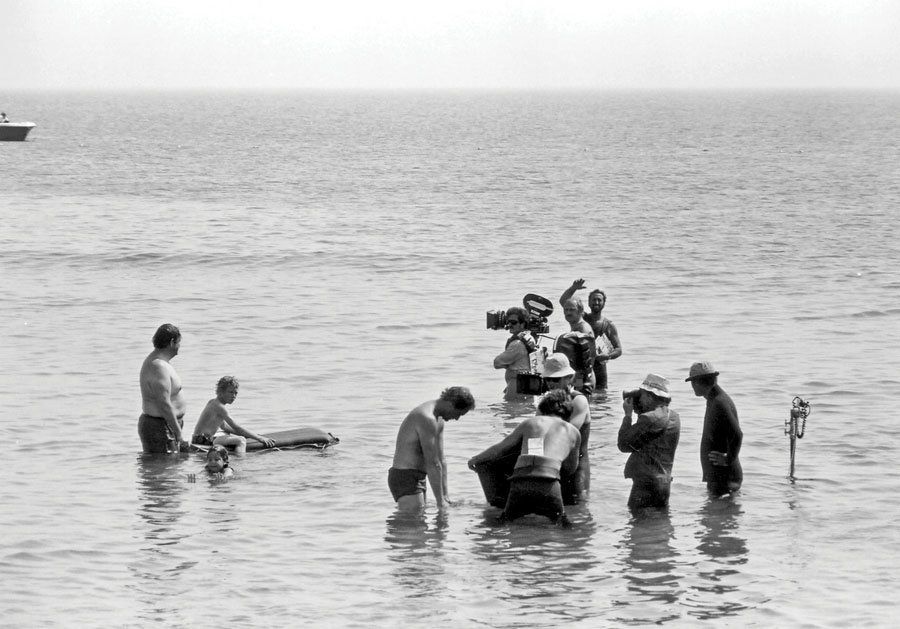