Jay-Z is revealing more and more of himself in the Samsung ads for "Magna Carta Holy Grail," his fast-approaching surprise album. First he delineated his complicated relationship with material possessions in the clip for "Oceans," and now he's breaking down what it's like to be a dad in the promo for another song, "Jay-Z Blue."

The happy dad describes daughter Blue Ivy Carter as "something that we both created" and says he and Beyonce "still marvel at her."

"It deals with [the fact that] my pop left when I was young. He didn't teach me how to be a man nor how to raise a child -- or treat a woman," a somewhat emotional Jay-Z tells Rick Rubin of the track. "The two things I need, I don't have ... and I have a daughter. It's [about] the paranoia of not being a great dad."

Jay also addresses Blue Ivy on another song, "Heaven." "For me, my idea of heaven is in your daughter's laughter; hell could be if your child is missing for three minutes--you’re in three minutes of hell," he says in the Samsung ad promoting that track. "It's just not my belief that a just God would make you burn for eternity for [the] free will that he gave you."

"Magna Carta Holy Grail" is hardly the first time Jay's rapped about his daughter. Shortly after her birth, he released "Glory," which confirmed the baby's birth and addressed Beyonce's past miscarriage. He also mentions the tot on "3 Kings," a Rick Ross song.

CORRECTION: A previous version of this article erroneously described Jay-Z's album as "Magna Carter Holy Grail." The error has been amended above. (It was early.) 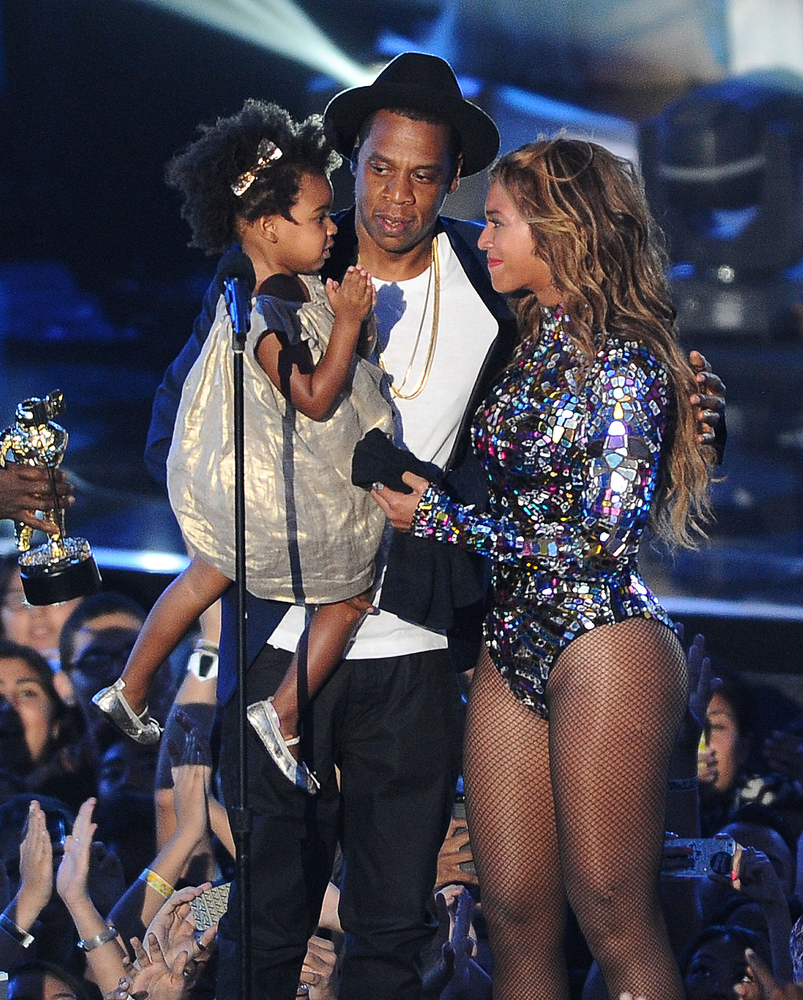